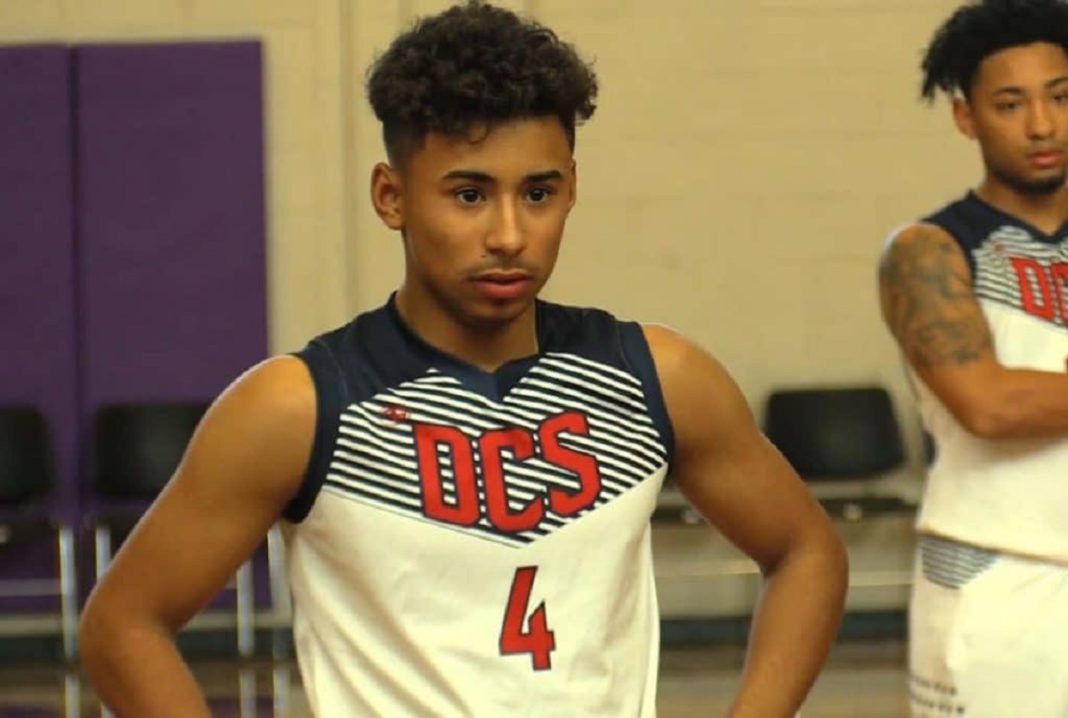 In 2019, LaMelo Ball and Julian Newman were two of the most mediatic adolescent projects of the moment in high school basketball in the United States. The first is well known for being capable of the best, scoring 92 points in a game, and the worst, starring in several unsportsmanlike actions. In addition, LaMelo was always linked to the eccentricities that his father, the controversial LaVar Ball, does and says to try to promote him. On the other hand, Newman was also a sensation at the age of 11 when he was called to play for Downey Christian in Orlando. Since then Julian Newman has not stopped improving with the NBA set as his final goal. The teams of both players met with victory for LaMelo’s Spire by a resounding 80-117 despite the attempts of ‘Baby Jordan’ Newman who finished with 15 points. For his part, Ball signed a triple-double with 14 points, 10 rebounds, and 12 assists that led him to be the MVP of the game. And in July 2021, it was announced that Julian Newman would finally go pro as well.

Julian Newman: 10 Things To Know About The Amateur Basketballer!

1. Who is Julian Newman?

Julian Newman is an amateur basketball player from America who first went viral on Youtube. Last year in 2020, he graduated from Prodigy Prep in Orlando, Florida. On October 4, 2016, Newman scored 52 points in a highly publicized showdown with the best recruit of the 2020 class, Kyree Walker, at the MiddleSchoolHoopsTV camp. His featured video of the game received more than 10 million videos on YouTube. Additionally, he got noticed in 2012 after his featured viral video of playing college basketball for Downey Christian School in 5th grade on YouTube with the title ‘Starting 5th Grade for Florida Varsity’.

The amateur basketball player stands at just 5 ft 7 in (1.70 m). In terms of his body measurements, as an athlete, one must have a perfect fit and a strong body.  Fortunately, his body is 1.70 meters tall and weighs around 64 kg. He has black hair and so is the color of his eyes. In addition, it has been tattooed on the chest.

3. A child prodigy since the fifth grade:

In December 2013, Newman was listed as “The Best 6th Grade Basketball Player You Ever Seen” by The Huffington Post. At that time, the amateur basketball player was averaging 13.6 points and 10.5 assists per game. In 2014, the Tampa Bay Times called him “the most commercialized 12-year-old basketball player in the world.” Efforts to commercialize Newman’s career were criticized by some media outlets, who compared him to a child star. As a seventh grader in 2015, the amateur basketball player would go on to be the youngest player to record 1,000 college points in his career. He finished the 2014-15 season with an average of 19.8 points, 10.2 assists and 3.2 steals per game. On October 4, 2016, Newman scored 52 points in a highly publicized showdown with the best recruit of the 2020 class, Kyree Walker, at the MiddleSchoolHoopsTV camp. His featured video of the game received more than 10 million videos on YouTube. By 2018, when the amateur basketball player was a sophomore in high school, Newman had accumulated 3,873 total points, surpassing the Florida readiness record made by Teddy Dupay in 1998. In the 2018-19 season, the young point guard had averaged 34.7 points, five rebounds, seven assists,  and four steals per game.

5. He was being compared to Steph Curry:

In 2018, Julian Newman, the high school phenomenon they compare to Curry

Our protagonist was just a 16-year-old boy and was one of the great promises of American basketball. His talent with the ball is something exceptional as he has followed in his footsteps and maneuvers since he was 11 years old.

Newman plays basketball in high school, which doesn’t stop him from grabbing the media spotlight week after week. Some compare him to Stephen Curry for his scoring facility, others, putting a more recent case, with Trae Young.

The amateur basketball player and social media personality comes from a home where practically everyone participates in sport.

Julian Newman came into this world on September 6, 2001 in Orlando, Florida to parents Vivian González and Jamie Newman.

His father Jamie is a basketball coach from whom he and his sister Jaden Newman learned basketball from an early age. He along with his family had also appeared on the “Hello Newman” show. Additionally, her sister has also appeared on the Steve Harvey and Good Morning America shows after starring in a Foot Locker commercial with athlete Stephen Curry when she was ten years old.

Newman is a mixed ethnic group of Jewish and Puerto Rican descent.

7. He began to show interest in basketball at the age of three:

He later started his game and trained with his father Jamie along with his sister. In 2012, he transferred to Downey Christian School after attending local schools. He began playing basketball for the high school team (in his fifth grade) and soon after was promoted to the varsity team.

During his sixth grade, he went viral on YouTube after landing a spot in the high school article ‘Fifth Grade Student Starting for Florida Varsity’ and received over 3.5 million views. It then made national headlines on different news portals, including Sports Illustrated and The New York Times. For his senior year, Newman transferred to Prodigy Prep, a new school in Orlando founded by his father, who would also coach the basketball team.

Speaking of his personal life, chances are he’s single as he has not talked about his relationship or his dates in the media. Therefore, he could have focused on building his career rather than getting romantically involved.

The athlete has accumulated a significant amount of money through his roles on Youtube and his reality TV show. Therefore, he has an estimated net worth estimated at more than $1 million from his career as an amateur basketball player. In addition to playing games, he has appeared in various commercials and promoting products for which he made a profitable amount.