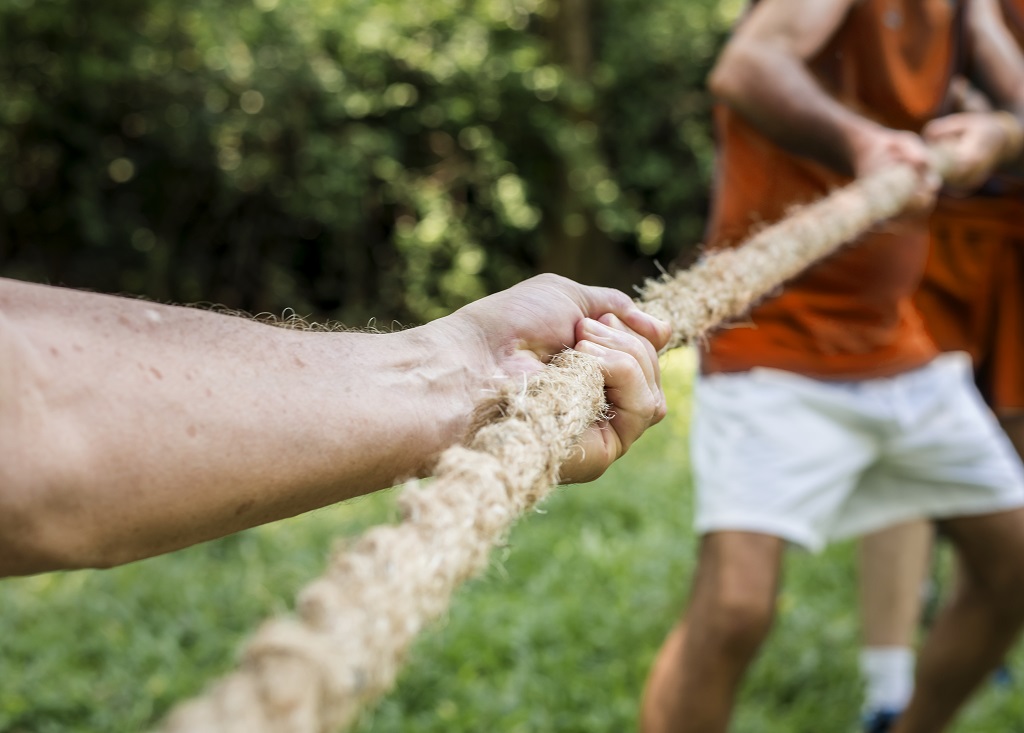 Since the modern Summer Olympics began in Athens in 1896, the sporting events have changed with every game. As popularity of sports change, new ones are added and old ones are phased out. In London, athletes will compete in hundreds of events in 32 different sports. Of those 32, only five — track and field, archery, swimming, gymnastics and fencing — have been consistently offered since the 1896 Games.

Many of the sports that used to be offered make sense to the average American. They are popular sports that most people have heard of, including baseball, rugby and lacrosse. Some of these may be phased back into the Olympics in the coming years.

However, other past events of the Summer Olympics are baffling, and yet many of them were fixtures of the Games for years. The tug-of-war, for example, was featured in six Games — as many as baseball — from 1900 to 1920. Some sports were failed experiments. Most of these were only featured at one set of Games, while one sport, aeronautics, had just one competitor, who (naturally) won the gold. Based on a recent report on the Olympics by Goldman Sachs, 24/7 Wall St. identified 13 forgotten Olympic sports.

The fact that trampolining, but not baseball, softball, rugby or golf is an official Olympic sport may be puzzling to some Americans, but fear not: There are plans to reintroduce each of these in the coming years.

The tug-of-war was first held during the 1900 Paris Olympics and was staged in six different Games as part of the wider track-and-field set of events. Winners included multinational teams: a Danish-and-Swedish team won in 1900 and a German-and-Swiss team won in 1906. Gold medal winners also included private clubs: the Milwaukee Athletic Club on behalf of the United States in 1904 and the City of London Police Club on behalf of Great Britain in 1908. During the 1908 Games in London, when British teams won gold, silver and bronze medals, controversy arose after the American manager accused the Liverpool Police Athletic Society team of wearing pronged boots following his team’s defeat.

In 1924, at the first Winter Olympic Games in Chamonix, the first medals for Alpinism, or mountain climbing, were awarded. The event was not a traditional competition held while the Games were in session, but instead, medals were awarded to the individual or group that had achieved the most notable feat in mountaineering since the previous Games. The first medals were awarded to members of the unsuccessful 1922 British expedition to Mt. Everest. This included seven posthumous medals for those who had died. After two medals were awarded in 1936, there were no further mountaineering merits until the 1988 Calgary Games, when Reinhold Messner and Jerzy Kukuczka were honored for successfully summiting each of the 14 8,000-meter peaks.

Beginning at Stockholm in 1912, the Olympics included an arts competition. This was purportedly part of the vision that Pierre de Coubertin, who founded the International Olympic Committee (IOC) in 1894, had for the Olympic Games. De Coubertin would later win a gold medal himself, for literature, at the 1912 Games. In 1948, 25 nations sent artists to London to compete in architecture, painting, sculpture, literature and music; this was the last time arts would be featured in the Olympics. As the majority of artists competing were professionals, and the IOC opposed professional competitions at the time, the event was removed.

In 1900, cricket was played as an Olympic sport in Paris, with only two participating teams, Great Britain and France, playing after Belgium and the Netherlands withdrew. Great Britain fielded a team consisting mostly of members of the Devon County Wanderers’ Club, many of them part-time players who had been on a tour of France. The French team was composed of many British expatriates who lived in Paris and competed in the Olympics under the name All-Paris. The game originally was intended to be included as part of the program in the first Olympics in 1896, but was removed due to a lack of participants.

Croquet was featured only once — during the 1900 Olympics in Paris — as an official sport. Medals were awarded for both men’s individual one-ball and two-ball competitions, as well as a doubles contest. All six medals for individual competitors were won by France, as was the gold in doubles. The competition was also the first Olympic event in which women participated.

Jeu de Paume, meaning “game of the palm,” made its first and only appearance in 1908 in London. The aristocratic French sport is considered an early ancestor of tennis and was originally played with the palm of the hand instead of a racquet. In 1908, it was played with heavy wooden racquets and balls that had cork centers, which gave them very little bounce. American tycoon Jay Gould II won the gold medal, while competitors from Britain won both the silver and bronze.

Lacrosse was only played at the 1904 Games in St. Louis and the 1908 Games in London, although it was included as a demonstration sport rather than an official Olympic event in 1928, 1932 and 1948. In 1904, Canada fielded two teams since team sport athletes were registered as individuals in the Olympics until 1908. Canada’s Shamrock Lacrosse team ended up winning gold and the Mohawk Indians, also of Canada, won bronze. Meanwhile, in 1908, lacrosse featured only two teams, with Canada taking the gold and Great Britain taking the silver.

Motorboating appeared once, in the 1908 London Games. It was not included in the program again because of a rule in the current Olympic Charter banning activities that rely heavily on mechanized propulsion. The three motorboating races were composed of five laps of an eight nautical mile course. France won the gold in the open class and Great Britain won the gold in the race for boats six to eight meters in length and in the class for boats under 60 feet in length. Thomas Thornycroft, who won both of the golds for Great Britain, later returned to Olympic competition in 1952 at the age of 70 when he was selected for his country’s yachting team.

According to David Goldblatt and Johnny Acton, authors of “How to Watch the Olympics,” pelota is a high-speed game involving throwing and catching a ball off a wall using a curved basket or other tool. As with croquet and cricket, pelota, also called Basque pelota, was only an official Olympic sport during the 1900 Paris Games. The only medals awarded were a gold medal won by a two-man team from Spain and a silver presented to a two-man team from France. At the Olympic Games in 1992, held in Barcelona, pelota was featured as a demonstration sport.

First introduced as an Olympic sport in Paris in 1900, polo is an ancient game that draws its origins from China, Iran and India. Due to a shortage of skilled players, the game featured four mixed teams of men from Mexico, England, Spain, France and the United States in its first Olympic appearance. The game was not included in the 1904 Games because of the cost of shipping the horses thousands of miles. The United States did not field a team for the same reason in 1908 in London. In its Olympic debut in 1924, Argentina won the gold against the United States. And in polo’s last appearance in the Olympics in 1936, Argentina again won the gold after an 11-0 match against England.

The game of racquets, sometimes called rackets, is similar to today’s squash. However, there are a few differences, including the equipment. The game had its origins in 18th-century Britain, where inmates in debtor prisons kept themselves entertained. In the 1908 Games in London, there were only participants from Great Britain. The singles final was never contested, as one of the competitors had to withdraw due to a previous hand injury. John Jacob Astor V, part of the prominent Astor family, won a gold medal in doubles with his partner Vane Pennell, and a bronze medal in singles.

The only time that roque appeared as an Olympic sport was in St. Louis in 1904, replacing croquet. Roque was considered the cut-rate, American version of the game. Devised by Samuel Crosby, who named it by dropping the ‘c’ and ‘t’ from croquet, the game was played on a hard court, resembling aspects of billiards and golf, in addition to croquet. The only entrants in the competition were Americans. The sport remained popular in the United States for several more decades after its appearance in the Olympics, due in part to the large number of surfaces built as public works projects during the Depression. The game is mentioned by Stephen King in his novel, The Shining, when the main character, Jack Torrance, uses a roque mallet as a weapon.

Switzerland’s Hermann Schreiber probably felt pretty good about his gold-medal chances before competing in aeronautics in Berlin’s 1936 Olympic Games. After all, he was the only participant. The event involved a glider being launched from a bungee. Although considered a demonstration sport and not a medal contest, the International Olympic Committee approved the event for the 1940 Olympics scheduled in Tokyo. But since World War II halted the Games, Schreiber is still the lone aeronautics participant at the Olympic Games.

Most people agree on what constitutes an Olympic sport. It involves physical exertion and competition. However, several of the abandoned sports fall entirely outside this realm, including motorboating, which was an event in 1908. Even more bizarre, the Games featured an art competition from 1912 to 1948, which is actually the longest tenure of any of the discontinued events.

As some sports have disappeared, new ones have taken their place. Since the 1996 Olympics in Atlanta, beach volleyball has become a fixture of the Games. It is not the youngest sport to be featured in London. Three sports that debuted at Sydney in 2000 are tied for that distinction — the triathlon, taekwondo and trampolining.