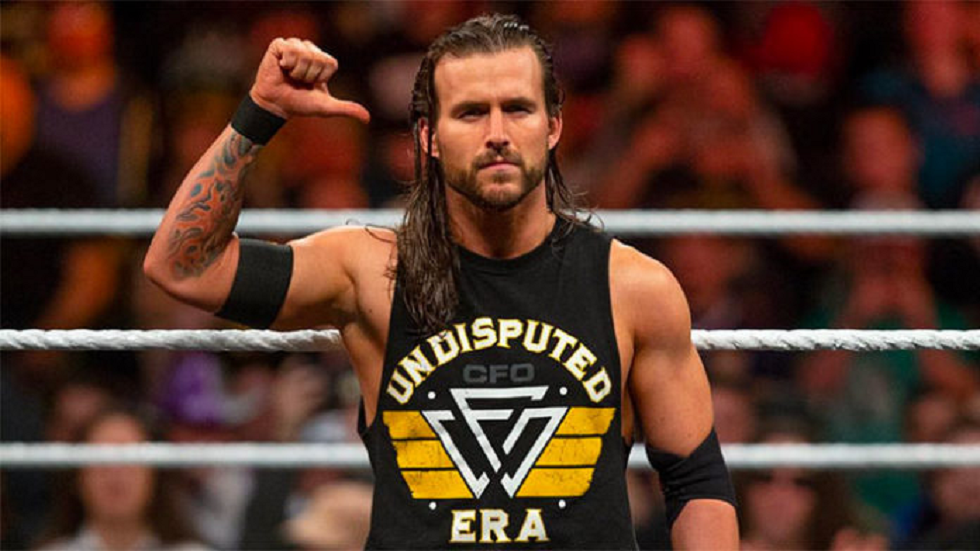 Adam Cole, also known as Austin Jenkins (born July 5, 1989), is a 31-year-old American professional wrestler. He is presently contracted to WWE, where he performs on the NXT brand. Prior to this, he was the leader of The Undisputed Era, alongside Bobby Fish, Kyle O’Reilly, and Roderick Strong. In WWE, under the ring name Adam Cole, he became the first-ever NXT North American Champion and a former NXT Tag Team Champion; he held both titles concurrently in April 2018, which made him the first double champion in NXT history.

This professional wrestler is also the co-winner of the Dusty Rhodes Tag Team Classic (2018) with fellow wrestler Kyle O’Reilly. Adam Cole was the victor of the NXT Championship, on June 1, where his reign became the longest in the promotion’s history at 403 days; winning the title also made Cole the second NXT Triple Crown Champion. Here are some cool facts about the pro-wrestler!

His Father’s Doubts Motivated Him

The now 31-year-old snatched the WWE Universe by storm when he made his premier wrestling debut with a vicious attack on then NXT Champion Drew McIntyre at NXT TakeOver: Brooklyn III. The heinous assault established Cole as one of wrestling’s most nefarious heels, but this wasn’t always the case. In fact, growing up, Adam often doubted his professional wrestling dreams.

Adam Cole had a troubled childhood that included a father that drank too much and according to his interview with Chasing Glory host Lilian Garcia:

“He was always against wrestling, very much so. He thought it was a giant waste of time. There was no chance I was ever gonna make it…..he used to be like, ‘You need to be realistic. I think it’s absurd that you’re not gonna pick some kind of college to go to.'”

Cole was adamant, unwavering, and utterly convinced that he would become a professional wrestler, even in the face of his father’s doubts.  Adam Cole confessed to going through life always looking for his father’s approval, but that only made him work even harder, as he once said:

“When he was against me wanting to pursue wrestling – at first it really upset me, but I never had that, ‘Oh, maybe I shouldn’t do it.’ Not once. As time went on and that was continuing to be said, I was so determined to prove him wrong.”

The NXT Superstar pursued his dreams and started wrestling as a senior in high school, worked his way through the independents, and was signed by WWE in 2017.

This American pro wrestler has become a huge star in NXT over the past few years, so much so that his own girlfriend has even been able to work for the company. Britt Baker appeared in a match against Women’s Champion Shayna Baszler on NXT but was injured by The Queen of Spades and the match had to be ended prematurely. These days she has become a full-fledged professional wrestler and even has a thriving Instagram page. Surprisingly, Britt says she’s also a qualified dentist. The female powerhouse has become one of the staples in their women’s division and looks to be the next woman in line to challenge Riho for the Women’s Championship.

Despite this pair having careers going in different directions, the wrestling couple has been in a relationship for the past few years, even wrestling each other on a number of occasions and even took home the Big Top Tag Team Championships at WrestleCircus together back in 2017.

The couple hasn’t been able to work together for a while, even though Baker has been spotted at ringside in NXT a number of times supporting her boyfriend.

Many wrestlers have created entirely separate personas for themselves inside the squared circle over the years, and the now 31-year-old is one of those stars since his character isn’t actually from Panama despite many of his moves being named after the state.

According to Wikipedia, Adam Cole was born in Lancaster, Pennsylvania, and presently resides in Coral Springs, Florida, which is more than five hours away from Panama City, Florida.

That being said, the Pennsylvania native took the decision that he wanted his in-ring character to be from Panama, which is why he has a move called Panama Sunrise and is often referred to as The Panama City Playboy.

He Is A Self-Critic

A 31-year-old Adam Cole will likely never be satisfied with his work in professional wrestling since he is meticulous and constantly dissects his ring work in his quest for perfection. Cole isn’t one to shy away from criticism. In fact, he often seeks it out.

“I’ve never had the perfect match, but I’m gonna try so hard to get it.”

The Pennsylvania native also had the following to say about his recent barn burner against Johnny Gargano: “I’ll find ten different things that I’m like, ‘I didn’t like this. This could have been a little better.’ I’m proud of it for sure and I’m happy with it, but I don’t think I’ve ever had a match where I’m like, ‘From start to finish that is what I wanted.’ Sometimes that’s not necessarily a bad thing.”

The NXT Champion hasn’t watched his match with Gargano just yet but is already critiquing the “knee story” the two stated: “We told a knee story in that match. We paid attention to it, for sure, but we also had certain aspects – it was very challenging to protect the pain I had in my knee with the things I had to do. I had to do some climbing and at the same time make that believable.”

He Has Been In A Four-Man Team Before

The Undisputed Era has superseded NXT over the past few years, their domination has taken over the brand, and now all members of the team are holding gold. The Pennsylvania native is NXT Champion, Roderick Strong is the NXT North American Champion, whilst Bobby Fish and Kyle O’Reilly are Tag Team Champions on the developmental brand.

He Won’t Transition To A Babyface Anytime Soon

The Pennsylvania native is well-spoken, has movie-star good looks, is friendly and can be cast to play the role of a wrestling hero. Should we expect him to make the transition to babyface just yet? Well, Adam Cole is having too much fun as a heel and flourishing as one of NXT’s premier villains, and he once stated:

The NXT Champion has earned the respect and approval of wrestling fans, who often cheer him as if he already was a babyface. But that doesn’t really affect Cole, who revealed the following to Lilian Garcia,

“Lots of nights when I come out they will cheer me like a babyface because they respect what I’ve done and the journey it took me to get here and all that stuff, but my goal – as long as throughout the match they start cheering for the other guy more, then I feel like I’ve accomplished what I’m going after.”

For a young Adam Cole, an idol that inspires him to pursue their dreams was none other than WWE Hall of Famer “Stone Cold” Steve Austin.

“I was taking karate lessons when I was younger….one day I got there early and my instructor was watching a taped Monday Night RAW and he was watching it in the background. I had no clue what it was.”

A young passionate Cole wanted to fit in with his karate instructor, so when he was asked if he watched wrestling and soon said he watched it all the time. The Karata instructor offered to lend him WrestleMania XV on videotape, but only if Cole could get his mother’s signature first as a sign of consent. Adam Cole went home and begged his mom to sign the permission slip and luckily, she obliged and the pro-wrestler took the video home to watch,

“I remember when Stone Cold’s music would hit and he would come to the ring and 20,000 people would go insane at his every move, I would go, ‘That’s the coolest human being on the planet.’ I thought he was the coolest.”

Two years later Cole watched WrestleMania X-Seven and would go on to obsessively watch the event every single day,

In 2010, Adam Cole Was Almost Accidentally Signed by WWE

The now 31-year-old Adam Cole has been dreaming of professional wrestling ever since he was a child and made his wrestling debut when he was 19 years old and has been around the wrestling scene ever since. The NXT Champion has competed in companies including Ring of Honor, Combat Zone Wrestling, Pro Wrestling Guerrilla and Evolve.

Prior to signing with WWE in 2017, the pro-wrestler was mostly known for his eight-year tenure with Ring of Honor (ROH) where he became the first-ever three-time ROH World Champion. Moreover, this wrestler is a one-time ROH World Television Champion, and the winner of the 2014 ROH Survival of the Fittest tournament. Adam Cole has also wrestled for several independent promotions, including Chikara, Combat Zone Wrestling (CZW), where he is a former CZW World Junior Heavyweight Champion, and Pro Wrestling Guerrilla (PWG), where he was a former PWG World Champion; he holds the records for longest reigns for both titles.

The  Pennsylvania native also worked in New Japan Pro-Wrestling (NJPW), where he was part of the Bullet Club stable. A lot of people think he didn’t make it onto WWE’s radar until he signed with the company back in 2017, but this isn’t just the truth.

Adam Cole was actually making waves all over the world years before this and had tryouts with WWE dating back to 2010 when he had only been wrestling for two years.

In 2010, the pro-wrestler worked backstage on SmackDown where he was seen in a bar cozying up with drinks alongside Straight Edge Society’s Serena Deeb. This was because WWE was looking to contract Austin Watson who is Xavier Woods, and accidentally almost bagged Adam Cole, who’s called Austin Jenkins, so they offered him a spot on SmackDown as a way to apologize.

The company later came knocking on his door in 2013 where Cole attended tryouts at the Performance Centre in Florida but wasn’t signed for another four years.