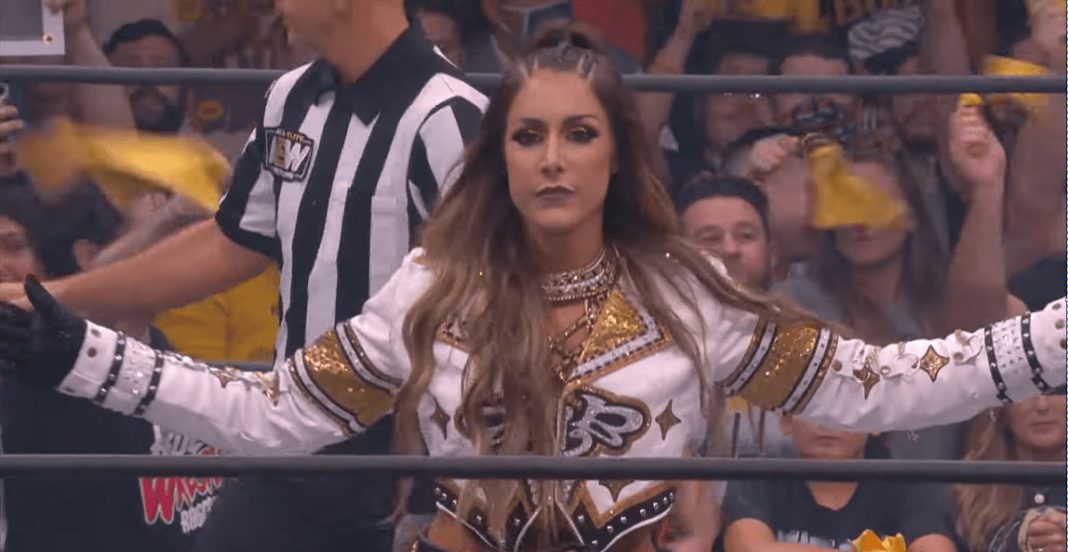 This article contains cool information regarding AEW Rampage, the new All Elite Wrestling program that premiered in May 2021. They are broken down into these 6 key facts which provide an understanding of why the format is so successful under the All Elite Wrestling umbrella.

AEW Rampage: 6 Insights On How The Show Was Created!

1. The show is also called Rampage:

The sports entertainment show is a professional wrestling television show produced by All Elite Wrestling. It is broadcast every Friday at 10 pm ET on TNT in the United States, beginning August 13, 2021. It is AEW’s second weekly television program, behind its flagship program Dynamite. In January 2022, Rampage will be transferred to TNT’s partner channel, TBS.

Almost two years after the television debut of AEW Dynamite, the company chaired by Tony presented the first AEW Rampage program, just after the broadcast of WWE SmackDown. This first show was held from the Petersen Events Center in Pittsburgh and promised to be a good start for the new bet of All Elite Wrestling.

2. AEW Rampage is an hour special:

AEW Rampage will have an estimated duration of one hour and will bring together the biggest superstars of today and tomorrow to showcase their athleticism, charisma, and creativity over the fastest-growing territory in the pro wrestling industry.

3. How was AEW Rampage formed?

2 years ago in January 2019, the All Elite Wrestling Company (AEW) launched, and its television show, Dynamite, began airing on TNT on October 1. The next year, TNT’s parent company, WarnerMedia, and AEW announced a $175 million contract extension for Dynamite from 2019 through 2023. As part of the new agreement, it was also announced that AEW would launch a second weekly television show. In May 2021, AEW revealed its second weekly TV show and fourth show overall called Rampage, which would begin airing on TNT on August 13 as a one-hour show on Fridays at 10 p.m. ET (USA).

Tony Khan, president of the company, calls this new show an opportunity to attract new fans to the company through intense confrontations, new rivalries, and creativity in new limits. He also adds that with Rampage they do not want to extend what is happening on Wednesday nights at Dynamite, being an independent but entertaining event.

The President of the AEW group also said WarnerMedia had asked him if he would rather expand Wednesday’s Dynamite to three hours but said no to that because he didn’t want to run Dynamite during that time. Instead, he said he would rather want that third hour as a separate show on a different night. He also stated that Rampage would not be a side program of Dynamite and that it would be its partner or equivalent. He further said that Dynamite and Rampage would be AEW’s core properties, while its YouTube shows Dark and Elevation would be its peripheral properties, essentially its development programs.

4. The show is filmed in front of a live audience each week:

In an interview with PWInsider, the president of the company who is  Tony Khan stated that while Rampage would be broadcast live for most episodes, some of the episodes would be recorded beforehand, depending on the city in which the previous episode of Dynamite took place.

The first episode of AEW Rampage featured current AEW Champion Dr. Britt Baker DMD defending her title against Red Velvet. Ahead of their AEW World Championship match at All Out 2021, live on pay-per-view, ‘The Forbidden Door’ will open once again when Christian Cage challenges Kenny Omega for the IMPACT World Championship live on Rampage. Additionally, Miro will defend his TNT Championship against Fuego del Sol, who will fight not only to become the new face of TNT, but also to win a long-awaited AEW contract.

Additionally, the new AEW show will feature a legends-filled commentary team with Chris Jericho, Taz, and Excalibur at the helm each week. Likewise, ‘The World’s Strongest Man’ Mark Henry will participate in the recordings providing more detailed and professional analysis, talking about the strategy of the competitors and about the mentalities of each of them through interviews prior to the matches.