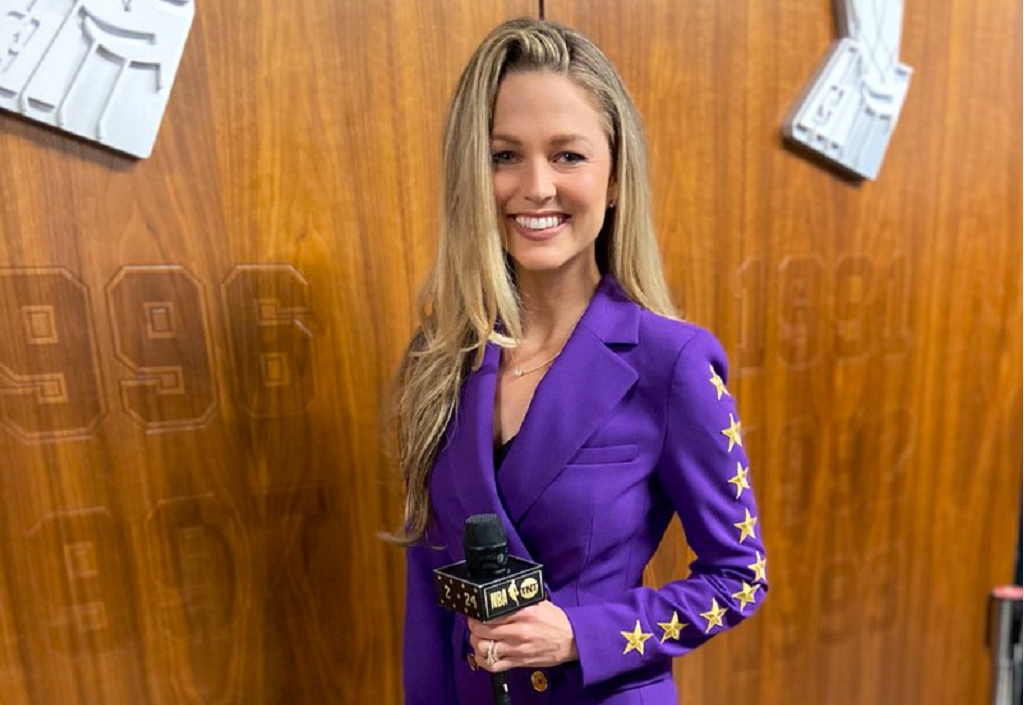 Allie LaForce is an Emmy award-winning sports reporter and anchor who currently works at CBS Sports as the lead sideline reporter for college basketball games and SEC college football games. She is also a co-host of Lead off with Doug Gottlieb and the Gracie award-winning, first ever all-female sports talk show We Need to Talk airing weekly on CBS Sports Network. In recent years, Allie signed on with TNT to work as a sideline reporter for the NBA on TNT telecasts. She has become touted as one of the most prominent female reporters in sports today and makes a great keynote speaker for women’s conferences, sports forums, leadership summits or college speaker series.

Allie LaForce was born as Alexandra Leigh LaForce on 11 December 1988, in Vermilion, Ohio, the United States. She is the daughter of Lesa LaForce (her mother) and Wade LaForce (her father). She is of American nationality.

She was sharp and talented from her childhood and attended Ohio University and later majored in broadcast journalism. There she played in five games as a guard on the Bobcats’ women basketball team and also earned a guest appearance in the Passions, a soap opera aired on NBC.

Allie was a well-rounded sports star in her own right, playing college basketball at Ohio University and competing in beauty pageants. She won the titles of Miss Ohio Teen USA in 2005 and went on to win the Miss Teen USA beauty pageant that same year. Allie interned with Sportstime Ohio and as a field reporter for Nike during college before signing with Fox affiliate WJW Channel 8 in Cleveland upon graduation. While with the network, she worked as a reporter and anchor. He won an Emmy Award for her weekly high school football show Friday Night Touchdown.

In 2014, Allie was chosen to replace Tracy Wolfson as the lead sideline reporter for the SEC on CBS. Some of Allie’s other past gigs as a reporter and anchor include work for NBA TV covering the NBA Summer League in Las Vegas.

Her winning package included a one-year modeling contract with Trump Modeling Management and scholarship to the School for Film and Television in New York City. Her award also earned her a guest appearance in the NBC soap opera Passions. LaForce made appearances throughout the United States, and she took it upon herself to use this platform to increase drug and alcohol awareness, as well as continuing to attend high school in Ohio.

LaForce attended Ohio University and played in five games her freshman year under head coach Semeka Randall as a guard on the Bobcats’ women’s basketball team. LaForce majored in broadcast journalism. She worked as a sideline reporter for Sportstime Ohio during the 2010 Mid-American Conference’s football season and the 2011 MAC men’s basketball tournament, as well as the 2011 OHSAA basketball championships. After graduation, LaForce signed with Cleveland Fox affiliate WJW channel 8 to get a job as a sports anchor and reporter.

She signed with the WJW channel, a Cleveland Fox-affiliate channel as a sports reporter and anchor. She has also worked for NBA TV during NBA Summer League and is currently working on CBS’ telecast as a sideline reporter.

Allie Force Net Worth and Salary

Allie Force has an estimated net worth of $3 million in 2020, including all of his properties and earnings.

She received an annual salary of $220,000, as a lead sideline reporter for CBS.

She is active on Facebook and Twitter has a huge fan following over 87,000 followers on Twitter. She is 31 years old now. She has a great body and stands 5 feet 8 inches tall.

She is an elegant and beautiful reporter and host who has proved her success throughout her career. She got married to her boyfriend Joseph Michael Smith and started living happily as husband and wife. They celebrated their wedding in the year 2015.

Joseph Michael Smith “Joe Smith”, a professional baseball pitcher, born in Batavia, Ohio and has played as a free agent for the various teams including the New York Mets, Cleveland Indians, Los Angeles Angels of Anaheim and Chicago clubs.