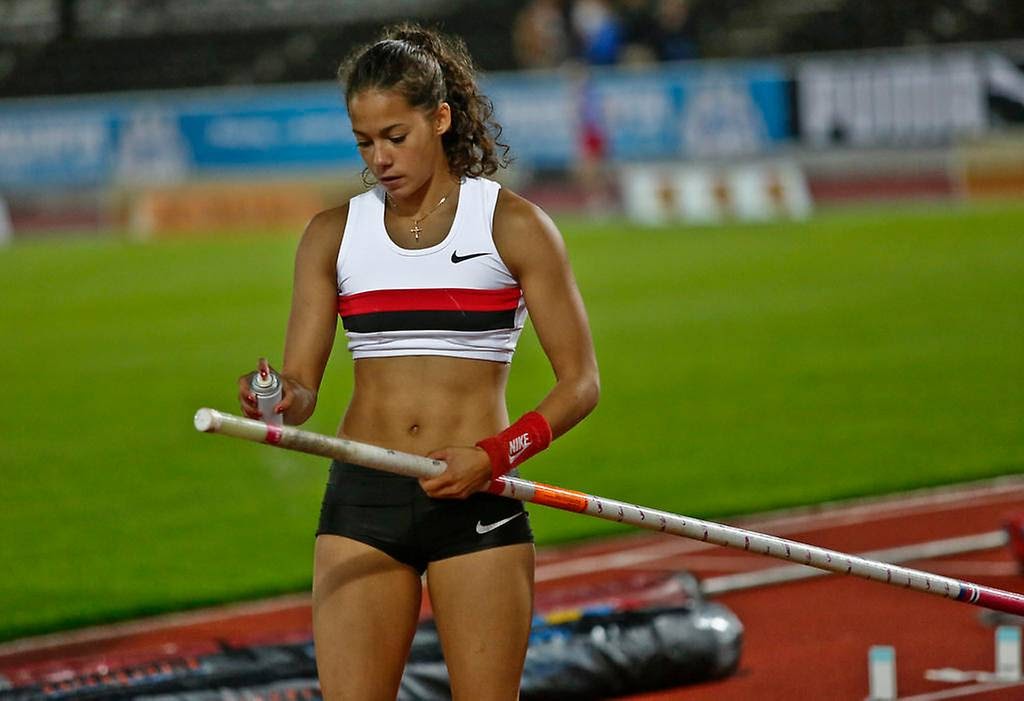 Angelica Bengtsson is a Swedish track and field athlete who specialises in the pole vault. In 2010, Angelica Bengtsson won the first ever Youth Olympic title in pole vault during the inaugural Summer Youth Olympic Games in Singapore. Angelica Bengtsson has been a highly successful youth and junior athlete, winning gold medals at the 2009 World Youth Championships and the 2010 World Junior Championships in Athletics. She set a mark of 4.47 m for the youth world record for the event in 2010 and broke the world junior record with a vault of 4.63 m in 2011. During the 2015 World Championships in Beijing, she set a national record of 4.70 m on her way to a fourth place finish. She went on to improve that record in the future to 4.81 m, set in Clermont-Ferrand, France, on February 24, 2019. Angelica Bengtsson has dominated pole vault in Sweden, winning 11 national titles. Let’s find out more about this amazing athlete.

Angelica Bengtsson: All You Need to Know

When was Angelica Bengtsson born?

Angelica Bengtsson was born on July 8th, 1993 in Väckelsång, Sweden to a Swedish father and Afro-Brazilian mother.

How did Angelica Bengtsson get into athletics?

My story began in Boaryd where I threw balls over our barn, Now I’m throwing myself over the bar! @nike #justdoit pic.twitter.com/bKxpybbv1S

Angelica Bengtsson’s father played a crucial role in helping Angelica develop as an athlete. As per her website: “There she and her sisters could practice on their own pole vault bed built by her trainer and her father Glenn Bengtsson. With her father as her coach she developed skills according to the ‘Boaryd model.’”

Angelica grew up in the Swedish countryside alongside four sisters. Despite pursuing different career paths, the sisters are close, and family time is highly treasured. On 24th June 2018, Angelica posted a series of photos of her family on Facebook and attached the caption:

“Happy day today. The whole Bengtsson family united, to celebrate our birthdays… I’m the happiest, having such a big wonderful family, 4 sisters, 5 nephews/nieces and my parents.”

Angelica’s family has a major effect on how Angelica performs. After breaking the junior world record in 2011, Angelica moved to France to work with established pole vault trainers. However, it didn’t work out, and her form dipped. Angelica recovered by returning home to her family and training under her father’s tutelage. As per her website: “Her dad, Glenn Bengtsson, took up the role of her coach again and a more balanced training regime is leading Angelica into healthy success. Surrounded by friends and family, the environment plays a great role in supporting Angelica to achieve the best of her abilities.”

Angelica Bengtsson started her career at club level for IFK Växjö, before going on to join Hässelby SK. She made her mark on the world stage when she was just 16 years old. She won the pole vault gold at the 2009 IAAF World Youth Championships, clearing a height of 4.32 m in the process. That same year, she won the Swedish senior national title as well, clearing 4.30 m in the process. Angelica Bengtsson won the title in a very dominant fashion, with a dominant margin of 22 cms over the rest of the field.

Bengtsson established herself as one of top youth athletes at the 2010 European Youth Olympic Trials in Moscow in May. After winning the competition, she went on to improve the world youth record to 4.42 m. Immediately after that, she cleared 4.47 m to improve the record even further. She tried to shatter the Swedish senior record of 4.52 m as well, but fell short in three attempts. Even though her winning mark was good enough to qualify for the senior European Athletics Championships, Angelica Bengtsson chose to focus on the youth and junior level competitions. After winning the gold in 2009, Angelica Bengtsson added another gold medal to her collection at the 2010 Junior World Championship in Moncton. The conditions were extremely windy and not ideal for pole vault but she sealed her victory with a clearance of 4.15 m. She went on to add an extra ten centimetres between herself and Holly Bleasdale for a winning mark of 4.25 m. Her achievements made her one of the headline athletes at the first ever Summer Youth Olympics in Singapore. She duly delivered on her favourite status by winning the competition at a height of 4.30 m. She chose to bypass the challenge of Silke Spiegelburg’s world junior record of 4.48 m and went straight for the Swedish senior record, but again 4.52 m proved too much for the young athlete.

When did Angelica Bengtsson break the world record?

Angelica Bengtsson achieved that mark with a first time clearance at the Swedish Indoor Championships in February 2011, claiming both the world junior record and Swedish senior record at the same time.

When did Angelica Bengtsson’s pole break?

At the 2019 World Championships final, Bengtsson broke her pole in her third attempt at 4.80 m, thus having the right to re-take the attempt. She cleared that jump, which gave her 6th place in the competition, as well as a new Swedish outdoor record.

How does Angelica Bengtsson cope with stress on the professional level?

Here’s what she said prior to the 2019 IAAF World Athletics Championships in Doha: “You don’t try to think too much of an event until you arrive at the stadium. When you arrive at the stadium, you know exactly what to do. When I am at a competition, I know really well what to do. When there is a moment you have a problem in jumping in training, I can still do the competitions because I know how to do it. So now before the competition, I try not too much about it. I think about other things.”

What did Angelica Bengtsson say about the Tokyo Olympics being postponed because of Covid-19?

Swedish pole vault record holder Angelica Bengtsson spoke about the postponement of the Olympics. Talking to SVT Sport, the three-time European medallist said: “Absolutely it is staggering that you have focused, for the past four years, on the Olympics and a specific date, then it will be another date. But it is quite liberating because then it is just to train a lot without having to think so much. It can be pretty nice to not have to think for a while.”

Breaux Greer: 10 Interesting Facts About The Athlete You Never Knew