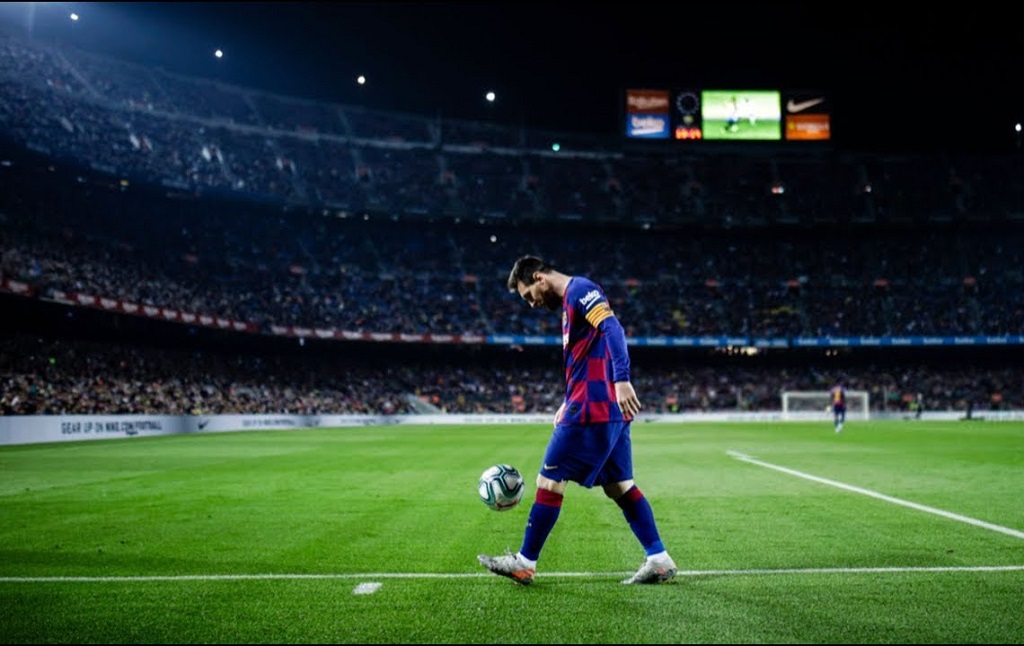 Claiming that Lionel Messi is a record breaker would be an understatement. In fact, the Barcelona and Argentina star could be classified as the epitome of a record breaker.

It could prove to be a nearly impossible task to break down Messi’s 10 best records, but that is exactly what we will attempt to do in this article.

The records chosen will be based on very important criteria.

Historical significance and difficulty will play a big role in the records chosen. But these 10 impressive honors will ultimately be ranked by just how incredible they are in the grand scheme of the world of football.

1. World Record for Most Goals Scored in One Year

This past December Lionel Messi did something that should be impossible. After Gerd Muller’s record of 85 goals in one year had stood for 40 years, Lionel Messi broke and reset the number for himself.

The Argentine wonder finished the year of 2012 having found the net an immaculate 91 times. Allow that to sink in, again.

Never has anyone dreamed that a feat like this could be accomplished, and yet it was. Even if some are not willing to admit that Lionel Messi is already the greatest to ever play, this record alone shows that he eventually will be.

Messi’s 91 goal mark receives our top rating based on the fact that it may never be broken. If a player were to challenge Messi’s incredible feat, the football world would all but stop in awe and wonder.

For Lionel Messi, the football gods have spoken.

91 goals in one season is something that every player, fan and manager will pause in silence just to admire. It is simply one of the greatest records in the history of sports and Lionel Messi’s shining moment in a career full of glory.

There remain no appropriate words to accurately describe how tremendous it was for Lionel Messi to win his fourth Ballon d’Or. The Argentine surpassed those who had been fortunate enough to win the award three times to truly cement his name among the greatest.

The award is one of the biggest prizes in the world of sports. It is given to the player who stands out above the best in the world in one calendar year, and to say that a player has remained the best for four years should be unbelievable.

Yet Lionel Messi is not finished sealing his legacy as the greatest player to ever kick a football.

Some may argue that the Barcelona star is not the best yet. But with accolades such as this one, it is very difficult to argue against Lionel Messi.

Like so many other records previously mentioned, this may not be over.

Lionel Messi is still only 25 years old and has not slowed his progress down one bit. The four-time winner is very much a favorite to take home the trophy again after this year.

If Messi does end his career with more than four Ballon d’Or trophies, it will truly be something the world may never see again.

3. Scoring in the Most Consecutive League Matches

One of Lionel Messi’s most incredible records is being set as we speak. The Argentine recently scored a brace on the weekend to extend his tally to 18 straight games in which he has scored in La Liga (via Fox).

Scoring in so many consecutive league matches is not only a record for La Liga, it is also the highest total in all of world football.

During the 18-match run, Messi has amassed 29 total goals and does not show signs of stopping. If the Argentine’s record were to rest where it currently is, the feat would be incredible. But the mere fact that Messi is still able to extend the record makes it even more astounding.

As so many of his historic markers are, it would truly be a miracle if anyone were able to overtake this record. And with Messi still setting the bar with every passing week, the final number may be a long time coming.

Simply saying that Lionel Messi is Barcelona’s all-time leading scorer does not do justice to the Argentine. In fact, Messi holds so many Barcelona goal scoring records it is quite hard to keep up with them all.

To begin with, Lionel Messi is Barcelona’s top scorer in all official competitions, with an astounding 308 goals. But the Argentine has not stopped there.

Messi is also Barcelona’s leading scoring in La Liga with 211 goals as well as the Champions League’s with 58. The world’s greatest player has also netted 63 times to lead the club with the most goals scored in international competitions.

Aside from his mountainous amount of goals, Messi has also scored 16 hat-tricks in La Liga for Barcelona to hold the record, as well, at 22 hat-tricks overall.

Playing for such a storied club as Barcelona is something special. But to claim this many records within the club seems unreal.

5. Most Goals in a Club Season

The Argentine scored an unbelievable 73 goals across all competitions, which previously was a number thought to be beyond the realm of possibility. Though the forward played in multiple competitions, no one would ever expect a single player to amass such a number of goals.

In fact, Lionel Messi outscored such a significant number of entire teams, so the record appears to be something of legend.

However, if not for Messi’s amazing goals with Barcelona that very season, he may never have broken his most remarkable record, which we will see later.

6. Most Goals Scored in a La Liga Season

Merely one season after Cristiano Ronaldo broke the La Liga record for most goals scored in one season with 41, Lionel Messi shattered the mark by netting 50 times (via fcbarcelona).

The record marked one of Messi’s biggest accomplishments and rightly so. The Argentine yet again stamped his name on the Spanish record books with a feat that appeared to be humanly impossible.

Barcelona’s star averaged over one goal per game to break the record. With such an average, it was no surprise that analysts began to wonder if they were indeed witnessing the greatest player to ever grace the football pitch.

And though Messi’s La Liga record looks impossible to break in the future, it is none other than the Argentine who is challenging the astonishing benchmark.

As Fox Sports has argued, Messi has already eclipsed 40 goals this season and is on track to shatter his own record. If Lionel Messi does manage to surpass 50 goals in a La Liga season, there is no level of praise that could be deemed too high.

7. Most Goals Scored in El Clasico

If there is one stage on which Lionel Messi is demanded to perform, it would be El Clasico. Not only has the Barcelona star performed brilliantly against his rivals, he has cemented his place in history.

Both players now sit with 18 goals in the always famous meeting. But even though Messi shares this record, it receives a higher rating because of the unfinished work.

Messi is still only 25 years old. There is no telling how high the Argentine can set the record once he passes Di Stefano, but it is certain that the number will likely remain unrivaled for quite some time.

8. Most Goals Scored for Argentina in One Year

Argentina boasts one of the richest histories in the world of football. Any player that can call himself one of best goal scorers for Argentina certainly deserves praise. Lionel Messi happens to be one of those players.

In the past year, amid claims that Messi could not replicate his Barcelona form with the Argentina side, the captain took it upon himself to prove the doubters wrong.

After the calendar year had finished, Messi again put his name alongside the greats that wore the Argentina shirt. Lionel Messi joined Gabriel Batistuta as the players to score the most goals in one year having netted 12 times.

The feat was surely remarkable, seeing as how Argentina has boasted some of the greatest players to ever kick a football. But for Messi, the record was more of a personal milestone that has finally silenced the countless critics.

Ending the Champions League campaign as the leading goal scorer is but a faint dream to most footballers. To lead the competition shows the upmost ability of a player and Lionel Messi has proven himself time and again.

The 25-year-old forward has led the illustrious competition in scoring an incredible four times. Only Gerd Muller has accomplished the same feat, but Messi has put his own spin on the remarkable achievement.

Lionel Messi is the only player to ever finish as the Champions League or European Cup top scorer in four straight seasons.

The record shows the continued dominance of Messi. But pulling off the feat four straight seasons also shows that the Argentine is not letting up while maintaining his best form.

Possibly the most exciting aspect of this record is that it can be extended. Messi only trails the current leaders by one goal, and not many would be against the Argentine to remain the top scorer after the current Champions League season commences.

10. Most La Liga Hat-Tricks in a Season

Hat-tricks have always held a special place in the world of football. Anytime a player is able to score three times in one match, he certainly deserves his praise.

Lionel Messi has scored his fair share of hat-tricks in his career, but it is the record he set just one year ago Wednesday (March 20, 2012) that makes the 10th spot on our list.

The Argentina international holds the record for most La Liga hat-tricks in one season with eight (via Telegraph). Just let that sink in for a moment.

If we do the math, it becomes even more staggering. Not only was Messi able to score three goals in eight separate matches, but he netted 24 times in those competitions.

Not many players score 24 goals or even one hat-trick in a season. Looking at the record objectively really puts the accomplishment into prospective.

How would you rate Lionel Messi’s best records? Is there something I missed? Have your say by leaving your thoughts and comments below.