Breaux Greer: 10 Interesting Facts About The Athlete You Never Knew in 2022 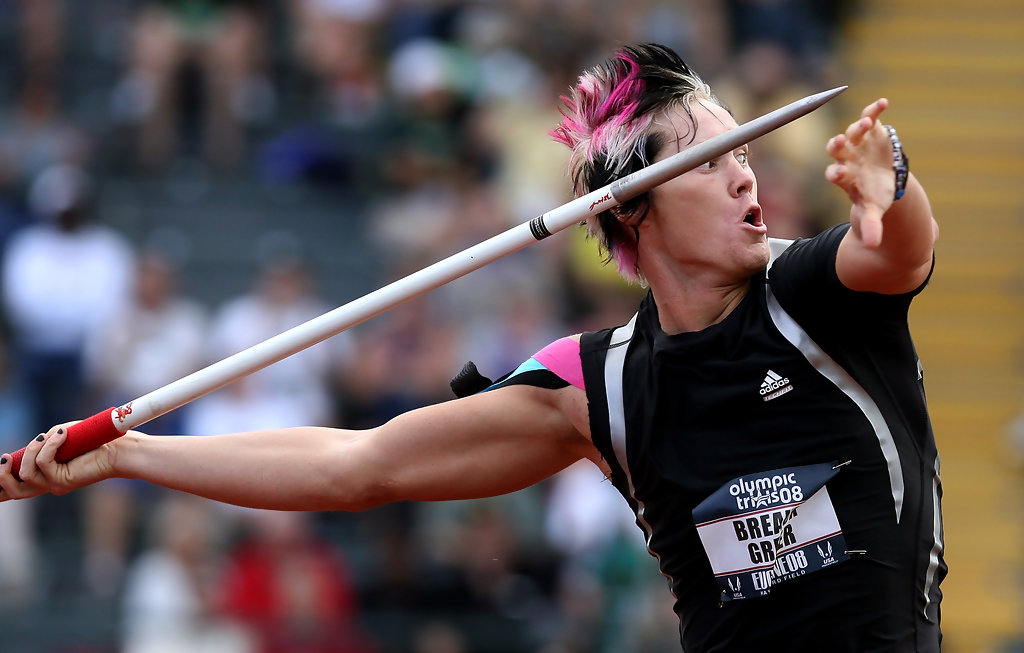 Breaux Greer (born October 19, 1976) is a retired American male javelin thrower athlete. He is the current American record holder in the event, with a throw of 91.29 m (299.5 ft), achieved on June 21, 2007. With it, he is currently ranked as the #14 thrower in history. This was also the best throw in the world for almost eight years until surpassed by Julius Yego in 2015. His coach was Finnish javelin thrower Kari Ihalainen. He appeared on the second season of American Gladiators as Hurricane.In March, 2016 Greer became a member of Art of the Olympians (AOTO).

1. Breaux Greer was drafted right out of high school:

Greer was born Edward Breaux Greer on October 19, 1976, in Houston, Texas. Later his parents moved to Monroe, Louisiana, where he spent most of his growing years. He studied in Louisiana and graduated from high school in 1994. Greer joined the ‘University of Louisiana’ at Monroe, and graduated in 1999. After his high school, he was drafted as a professional baseball pitcher, but he chose to compete as a track athlete.

2. Breaux Greer holds the American record for the javelin with a throw of 91.29 m:

Breaux was a javelin thrower until 2008 when he retired from athletics at the age of 32. In his 11-year career, Breaux was American Champion in the javelin throw 8 times, from 2000 to 2007, the year before he retired.

Breaux represented the United States at the Olympic Games for the first time in 2000, in Sydney, Australia. He was to represent the US two more times: in 2004 in Athens, and in 2008 in Beijing, China.

Although he never brought home an Olympic medal, Breaux holds the American record for the javelin with a throw of 91.29 m. He held the world record for eight years, and it was only broken in 2015, by Kenyan athlete Julius Yego.

3. At the 2000 Olympics, javelin athlete Breaux Greer was “visited” by three women daily:

Two were Olympians — a pole vaulter and a hurdler — and the other was a vacationer of Scandinavian descent.

After the 2008 Olympics, Greer retired from professional javelin throw event. In 2009, he made his acting debut in the role of ‘Hurricane’ in the second season of 2008 series ‘American Gladiators’ as Hurricane. He also has his own clothes line.

The star of the ABC sitcom “American Housewife” actress Katy Mixon, has been married to the three-time Olympic javelin thrower since 2016, and they share two adorable toddlers.

Greer and the ‘Mike and Molly’ actress Katy Mixon dated for four years and got engaged in October, 2016. Their first child, son Kingston Saint Greer, was born on May 19, 2017, and daughter, Elektra Saint Greer, was born on May 16, 2018. After the birth of their two children, the couple got married in a private ceremony. Presently the family resides in Scottsdale, Arizona.

Katy and Breaux met in 2014 when he was suggested to her as a trainer and for the actress, it was love at first sight. The moment she saw the athlete she knew he was her destiny. She said:

Breaux was equally smitten, so much so, that three weeks after they met, the couple had matching tattoos done.

8. They are suing the nanny:

But welcoming their babies in such a short span of time has also brought problems into their lives, as well as joy. With two babies so close in age, the couple hired help in the form of Laree Hammer, a newborn care specialist to help with tiny Elektra.

Katy and Breaux signed a contract drawn up by Hammer, in which she identified herself as an independent contractor, which meant that the couple would not be withholding taxes on her salary.

However, when the couple fired Hammer, for undisclosed reasons, she stated that she was an employee, and demanded compensation, and went so far as to threaten Katie and Breaux with breach of her non-disclosure agreement if they didn’t give her what she wanted.

Hammer claimed that she had not been paid for overtime, or for weekend work, and demanded that the couple compensate her. If they didn’t, Hammer threatened to expose details of their private life.

“Hammer included this section because she did not want taxes to be withheld from her compensation [Mixon and Greer] believed that Hammer was being truthful.’”

The case is still pending, and there is also a possibility that criminal charges for extortion may be brought against Hammer by the State Prosecutor. Like so many celebrities, Katy and Breaux ask their collaborators to sign non-disclosure agreements.

These agreements supposedly protect celebrities from having their private lives exposed to the media and the public in exchange for money. It is with exposure of their intimacy that Hammer is threatening the family.

Katy and Breaux have called Hammer’s bluff, and are concentrating on their babies — Elektra has just turned one, and Kingston has turned two — and on living their best lives.

While at the university, Greer began competing in the ‘NCAA [National Collegiate Athletic Association] Championships’ in 1995. In 1996, he earned the 3rd place at the Olympic Trials, but did not reach the Olympic qualifying mark. With a record of 79.98m/262-5, T&FN ranked him 4th in the US.

After fulfilling the Olympic Trials, Greer participated in the ‘2000 Sydney Olympics’ and secured 12th place with the record of 79.92m/262-2. He and pole vaulter John Pennel are the only two northeast Louisiana stars to compete in Olympics track and field.

He won a silver medal at the ‘2001 Goodwill Games,’ and secured a 4th place at the ‘World Outdoor Championship.’  Greer won a bronze medal at the ‘2003 Pan Am Games’ and maintained his #1 in the US.

Greer won the bronze medal in ‘2007 World Outdoor Championship,’ at Osaka, Japan. He broke the American record twice. On June 21, 2007, during the ‘USA Outdoor Track and Field Championships’ at Indianapolis, his throw of (3)91.29m/299-6 won him his eighth USA championship, and also an American record which is not yet broken. Also, this remained the best throw record in the world for eight years, till it was bettered by Julius Yego in 2015. It was also 2007’s farthest throw in the world. [Since Tom Petranoff in 1983, Greer was the first American to end the season with a world leading mark in javelin throw]. The same year, he was also 1st at the ‘Adidas Track Classic.’

10. At the height of his success, he tore his ACL:

While breaking the American record at Bergen [with a throw of 87.39m/286-9], he had torn an ACL ligament in his knee on June 11, 2004. He was advised to have an immediate surgery, but he didn’t as he hoped to compete in the Olympic Games. However, during the 2004 Olympics, his leg crumpled beneath him, and his first throw went 74.36m/243-11. With the knee problem, his next two throws were foul and he received 12th place. The Olympic champion of that year [Norway’s Andreas Thorkildsen] recorded a throw of 283-9, which was two and half feet shorter than Greer’s qualifying round throw.

On September 19, 2004, at the ‘World Athletics Final,’ Monaco, Greer recorded 87.68m/287-8, which was 2004’s second best throw in the world. During that season, he recorded three of the top five throws in the world. His injury issues continued in 2005, and he couldn’t participate in the ‘2005 World Outdoor Championships’ in Helsinki, Finland.