Charlie Zelenoff Is A Blogger Not A Boxer: Here Are 11 Reasons Why 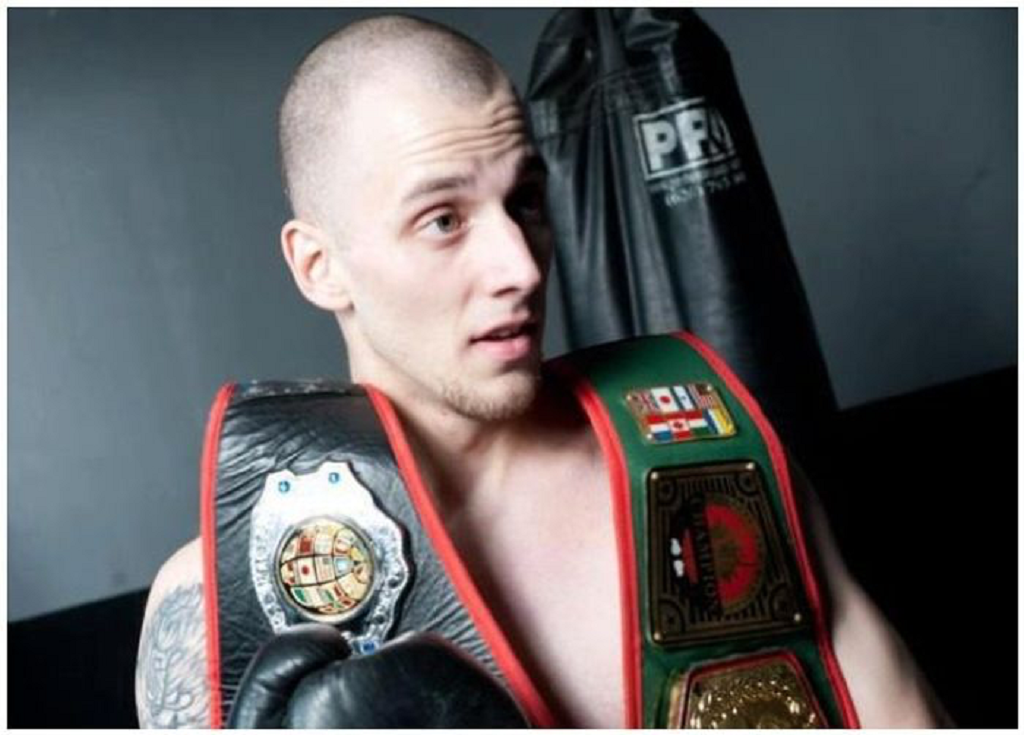 Charlie Zelenoff really cannot box, his technique is all over the place. The only place he is a real boxer is in his mind. The guy is a storyteller, calling himself a boxing champion but the reality is that he has missed being injured badly by a whisker in many instances. One such is in the fight against the amazing Deontay Wilder. He would have been knocked off was it not for the people who restrained the seemingly angered Welder. The online community didn’t spare him on this, with some wishing he had been given one heavy punch to stop the theatrics once and for all. His trolling background also triggers outrage in the audience and provokes them to click or virally share the clips. He has been seen on camera sucker punching Floyd Mayweather Sr. when he challenged him to fight (in which he was getting beat up badly and resorted to dirty tactics). So just who is Charlie Zelenoff and why does every hardcore boxing fan seem to know his name?

1. Is he a dirty boxer or a silly PR network?

The Russian-American boxer is notorious for uploading videos of himself beating his opponents after playing dirty and catching them off guard. His violent and brutal videos have resulted in him becoming one of the most disliked people on the internet, especially since he beats up kids!

If you are a boxing fan, you know the walking ‘meme’ that Charlie has carried himself for over a decade.

Charlie Zelenoff is also infamous for making outlandish claims about his career or pretend stats! He claims that he is unbeaten in 240 fights. However, the claim hasn’t been verified by any credible source.

Charlie does in fact believe he is the best boxer in the world, and although many have disliked this thinking pattern based on a facade, he is just enough of a prick to enjoy watching him pay the price for what he does.

Charlie Zelenoff has declared himself to have a record of 160-0 in the Underground Boxing Federation (UBF), and he also got himself a belt with “UBF World Champion” inscribed on it. However, despite all his assertions, Zelenoff has never participated in any professional boxing competition.

Instead, he tricks his amateur opponents and beats them mercilessly after catching them off guard. According to BoxRec.com, Zelenoff’s record is 0-1 because he was disqualified during his first official bout in the Welterweight category against Andrew Hartley.

3. This is how Charlie Zelenoff makes viral Youtube videos:

Internet sensation Charlie Zelenoff started his weird career when he created his “boxing” vlog. He has since been uploading clip after clip.  Many of the videos have reached over a million views, and the following keeps growing. You can also see people searching his name in the recent past indicating he’s achieved what he was aiming for; to be famous and earn a pretty penny.

After Zelenoff was disqualified from his very first boxing spar, he started his career as a YouTube boxer, where he runs his YouTube channel called Charlie Zelenoff Uncut and in 2020, the channel has around 75,000 subscribers. On his YouTube channel, Zelenoff began posting videos where he is seen beating up people in unexpected ways, which made his videos go viral.

Charlie Zelenoff has been uploading controversial YouTube videos of his fights, mainly in the gym, where he is seen challenging other boxers and knocking them out, and this is what has made him famous. He repeatedly proclaims himself as the “best boxer in the world” even after being thrashed ruthlessly in several of the fights. However, the kind of fighting Zelenoff engages in has caused a lot of outrage among his audience.

On his own channels, he edits out the parts where he gets his ass kicked. Moreover, he also showed 2-second clips to make himself look good, and talked to himself in thousands of videos.

Charlie Zelenoff was born on July 27th, 1988 in Los Angeles, California. Even though he is Russian by descent, he holds an American passport as well. Very little is known about Charlie Zelenoff’s childhood and upbringing. However, he did claim to have loved boxing from a very young age.

He learned about the sport by watching many boxing bouts on TV.  He studied at Fairfax High School in Los Angeles. While Charlie Zelenoff might love boxing with a passion, his training and natural talent are thoroughly inadequate. He couldn’t register himself to a boing federation and decided to take things into his own hands and declared himself to be the G.O.A.T. (Greatest of All Time).

5. A troll or a downright bully?

People have called Zelenoff a troll, which is essentially trying to prove a non-existent point or just trying to make money from his video views, while others call him psychotic.

In one video, Zelenoff is seen fighting with a kid, and the video provoked anger on the internet. Viewers found this unacceptable and criticized the clip bitterly. Many rightfully said that Zelenoff was ill and needed psychiatric help.

While Zelenoff’s videos may not be in the best of taste, they have caught the attention of a wide range of audiences simply from being completely annoyed by his bullying tactics.

In another video, Zelenoff is seen suffering a humiliating defeat, when he was beaten by a 16-year-old teen. Zelenoff had provoked the boy by hitting him when he was training with a group of friends. And, although Zelenof suffered defeat, he did not stop fighting anyone at all, even opponents not in his own weight category. In the case of Charlie Zelenoff, any kind of publicity is good publicity. After all, we wouldn’t be writing about him if he was just another bad boxer.

Sometimes, he instantly goes to interrupt people who are using boxing gloves to spar and fight them even if they are just beginners like teenagers. Provoking an outburst of anger on the internet, many people termed Zelenoff as being ill and in need of psychiatric help. But then, this is what has made Charlie Zelenoff so famous, uploading controversial videos of him boxing different people.

And, although Zelenof suffered defeat, he did not stop fighting anyone at all, even opponents not in his own weight category.

A video that went viral and caused a sensation was when, during an informal session, Zelenoff challenged Floyd Mayweather Sr., who was 61 years old, to spar with him in the ring. He then suddenly began attacking Mayweather with heavy punches. However, Mayweather quickly recovered and fought back, giving Zelenoff what he truly deserved and taught him a good lesson.

A very angry Mayweather was seen punching Zelenoff in and out of the ring, and the video went viral with 4 million views in no time at all.

Later, Mayweather stated that he was not ready for a fight and that Zelenoff had caught him unawares and that he was forced to retaliate.

Another of Charlie Zelenoff’s videos that went viral was the clip where he challenged Deontay Wilder, one of the best heavyweight boxers today. Charlie Zelenoff called Wilder on the phone and got him all worked up by using swear words and also speaking about his family in an obscene manner.

Charlie also posted negative things about WBC Heavyweight Champion of the World Deontay Wilder’s daughter and her disability… so watching Deontay destroy Charlie in a [somewhat] controlled environment was actually not the worst thing in the world to watch.

The clip then shows Wilder giving Zelenoff the thrashing of his life at the gym, where he visits frequently. The video clip shows Zelenoff running around the ring to escape Wilder and getting knocked down by him several times.

Zelenoff appears to be no boxer at all. He runs around the ring all through, evading Welder and getting knocked down a few times. The intervention of one of the photographers and several onlookers saves him from the 6’7” heavyweight beast. All this time, Zelenoff kept screaming that he is still the best. Such outrageous antics have led to his popularity (or infamy) online. It is all these types of antics that have driven Zelenoff’s video clips to go viral on his YouTube channel and gain millions of views.

It’s these videos showing him fighting famous boxers that have driven the number of views on his YouTube channel to reach millions.

Most shocking is the fact that they had a belt for the fight which pit [0-0] Zelenoff vs. [1-13] Andrew Hartley. Hartley had actually lost all of his fights coming via KO or TKO but he was able to beat the controversial blogger pretending to be a boxer (which made it all worth it). This fight was in 2008 and yet Charlie is still a staple in most boxing communities, and A LOT of people have made viral videos in which they challenge and chase this mythic West Coast Champion.

Surprisingly, Charlie Zelenoff has a wife! Charlie Zelenoff is married to Diara Zelenoff. Despite Charlie’s internet image as a bully, he and his wife share a loving relationship, and in fact, she supports him a lot and is a source of inspiration for him.

If actions speak louder than words, his personality and behaviour when the camera or phone are not turned on, seem completely different – like most viral fakes!

A lot of other information about Charlie Zelenoff’s personal life is unknown.

Charlie Zelenoff is not a boxer by any stretch of the imagination.  So he is not really going to make a lot of money as a prize fighter. However, his outlandish comments and flamboyant personality while vlogging has led to a good amount of views on his videos. Charlie Zelenoff’s net worth as of 2020 is $200,000.

While Zelenoff’s videos may not be in the best of taste, they have caught the attention of a wide range of audiences, some of those who like Zelenoff’s acts, while others who are completely annoyed by his bullying tactics. People have called Zelenoff a troll, which is essentially trying to prove a non-existent point or just trying to make money from his video views, while others call him psychotic.