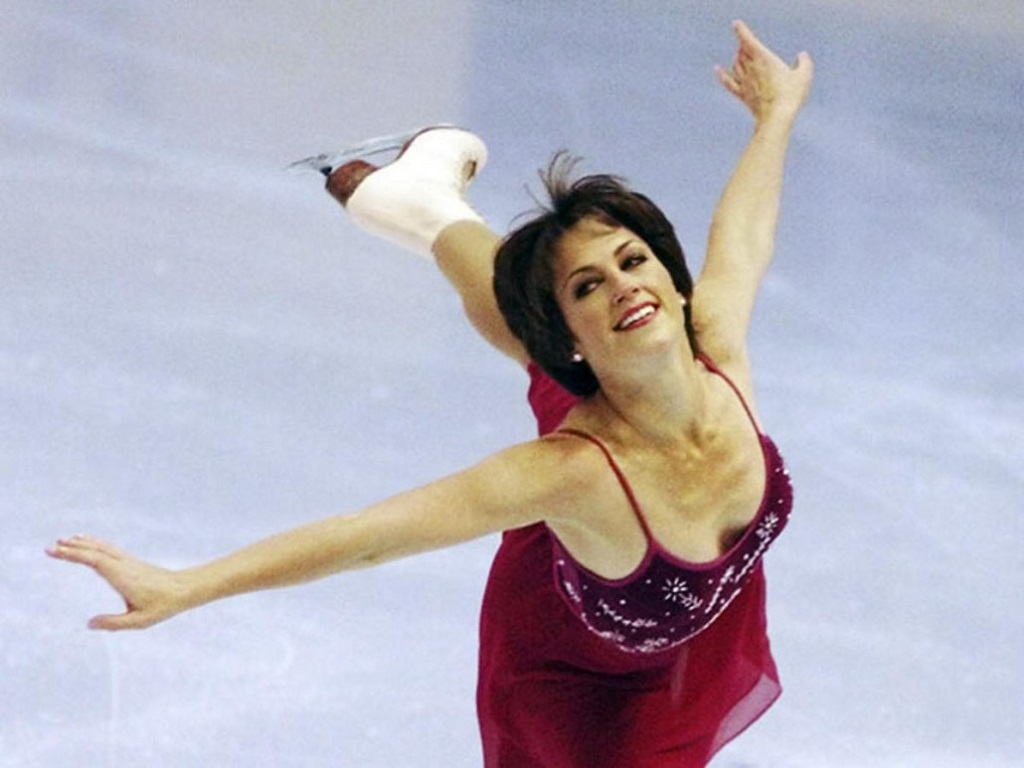 Sprinkled around everyone’s throwback photos from the 1970s no wonder why Dorothy Hamill was brought up when Debra spoke about her haircut on Everyone Loves Raymond. Dorothy Hamill was also mentioned in Ross’s famous list on Friends! Was Princess Diana’s haircut Hamill inspired? This is not for a coincidence as she was an icon of the 70s gracefully featured on everything after winning the gold.

All The Dorothy Hamill References Explained!

While the fans of Friends in the 90s had a giggle about the randomness of Dorothy Hamill  appearing on Ross’s list of “famous women he’d like to date”, current fans in 2020 have no clue about the real reasons for why she was penned down, printed and laminated to fit into Ross’s pocket!

The “Dorothy Hamill Friends” reference is very simple. The scriptwriters of Friends grew up in the 60s, 70s and 80s, so a lot of references, jokes, influences like Phoebe’s early hippie look from the 70s and the group watching Laverne & Shirley (an 80s TV show) at Monica’s home, was all very prominent during the earlier seasons.

Dorothy Hamill was the face of the 70s- commonly referred to as America’s sweetheart, she was everywhere thanks to her gold medal and clever advertisements! So the joke was bound to hit for audiences watching in the 90s especially when Rachel responds to Ross’s list saying…”Okay honey, you do realize she only spins like that on ice”

What is a Dorothy Hamill haircut?

A Dorothy Hamill haircut is a classic wedge haircut. After her gold medal performance at the 1976 Winter Olympics her signature short wedge haircut drew the girls of her age crazy!

The wedge haircut is not to be confused with a bob as it is a voluminous retro-style short layered bob for women with fine & straight hair. This is a popular cut for 1970s women with fine and thin hair who wanted a bulky look.

Hamill’s wedge originally a bowl cut that gradually shortened into the wedge. This cut was what most people thought of to copy her hairstyle. The cut’s shallow and angled layering underneath formed a style that encouraged movement and freedom from hair going into her eyes.

Yusuke Suga became famous overnight as he was the stylist behind Hamill’s haircut. He was a New York hair designer originally from Japan. In her autobiography “A Skating Life,” Hamill said:

“The night before I left for Europe (1976 Winter Games), I had my hair cut by the world-famous hairstylist, Suga. I always hated my short hair. There was one time when I was younger when I’d grown it longish and I enjoyed it, but it was easier to keep short — “wash ‘n’ wear hair.” I had read about Suga in magazines and wanted him to cut my hair. I was aware of his masterful talent after seeing the chic haircut he gave Melissa Militano, the pairs skater who was also in Senior Ladies with me. My dad had written him a letter, asking him if he could cut my hair for the Olympics. He graciously agreed to do it, staying very late at his shop. Of course, I had no idea that this wedge style would become so famous. I just thought if I had to have short hair anyway, I might as well have something fashionable.”

Why is Dorothy Hamill famous?

She Was A National Treasure:

She Booked Many Ads:

After winning the 1976 title, Hamill was considered the most sought-after skater for commercial endorsements in the history of figure skating. One of which was the Dorothy Hamill doll was produced in 1977 who also wore the same hairstyle as Hamill: the wedge!

Hamill’s haircut was so popular after the 1976 Winter Olympics that skaters, gymnasts, and even non-athletes copied her short bob hairstyle. Her classic wedge continued to evolve into a popular style as figure skaters all over the U.S. copied Hamill’s haircut. In a 1977 photo of Broadmoor Skating Club’s competitors, most of the skaters imitated Hamill’s famous hairstyle.

In 2002, Hamill’s wedge was part of the HAIRevolution Exhibition at a mall in Denver, Colorado.

Where is Dorothy Hamill today?

These days Dorothy Hamill lives in Vail, Colorado and Indian Wells, California, with her third husband John MacColl who is business executive .

Hamill was married and divorced twice: to singer/actor Dean Paul Martin (1982–1984), and then married to Kenneth Forsythe (1987–1995), with whom she had a daughter named Alexandra. She got married the third time in 2009.

For much of her adult life, Hamill has experienced chronic depression, which is controlled through medication and therapy. Her daughter also suffers from the condition. She’s finding a meaningful purpose these days by being a mentor to young figure skaters. Hamil mentors Rachael Flatt, who has won two silver medals at the US Championships,  and one gold medal at the 2008 World Junior Championships. Flatt, like Hamill, trained in Colorado Springs, Colorado. Dorothy’s charity work has included the President’s Council on Physical Fitness and Sports, the International Special Olympics, the American Cancer Society, and AIDS research foundations, and teaching blind children to skate through the March of Dimes.

Hamill was diagnosed in 2007 with cancer and in 2008 she announced that she was being treated. Upon full recovery, she has made it her mission to empower other women by helping to launch a national campaign called BeWisER+ About Breast Cancer.

In February 2013, it was revealed that Hamill would take part in the sixteenth season of Dancing with the Stars, dancing along with Tristan MacManus. After only two dances, on March 26, 2013 she was forced to leave from the competition upon advice from her spine surgeon due to a severe strain on her lower back sustained during practice.

On March 3, 2017, Dorothy Hamill became a part of one of 16 celebrities  in a cooking competition on the Food Network TV series Chopped.

She was featured in the “Star Power: Culinary Muscle” episode, with former NFL player LaMarr Woodley, Olympic medalist fencer Mariel Zagunis, and UFC fighter Paige VanZant. Hamill third place and was the last contestant to be eliminated, narrowly missing out on advancing to the final heat, losing to Paige VanZant in the final round.

After her Olympic win and subsequent World Championship win, Hamill skated in a number of professional productions such as the Ice Capades. She ultimately bought the travelling skating show but had to sell it off a few years later.

She filed for bankruptcy in 1996 and news reports at the time said Hamill faulted her estranged husband for his bad advice.

“The good news is I’ve finally found people that are trustworthy and I’m a little smarter. As an athlete you don’t learn all these things. You’re just focused on training,” she told CNBC.

How much is Dorothy Hamill worth?

One amongst the top ten in the list of “who is the richest figure skater”, Dorothy Hamill has a net worth of 5 million dollars currently but it wasn’t an easy road to get there:

Back in 1996, people.com, revealed that, “despite assets totaling $1.3 million, she is $1.6 million in debt. Nor did she then have “any contracts to perform, to endorse products, to commentate, or to perform other professional services.”

Clearly winning the gold medal will help you financially but endorsements are key factors that would have added to Dorothy Hamill’s worth. These days Dorothy Hamill’s net worth has shot up thanks to her return to the limelight after appearing in a few reality TV shows. Not only was Dorothy a contestant in the 16th season of Dancing with the Stars in 2013 (though a back injury caused her to withdraw prematurely), but she had recently also been featured in the cooking competition, Chopped in 2017.

As far as other money making ventures go, she has authored two books; her second autobiography titled, A Skating Life: My Story was released in 2007.

However back in the 90s, Hamill had a history of problems with money. “She’d get a $100,000 deal and head right to Harry Winston jewelers,” says an old friend. “Her business managers tried to get her spending habits under control. She’d be good for a month and then start again.”

But this time Hamill faults her estranged husband, Kenneth Forsythe, 51, for her predicament. “Under Dr. Forsythe’s direction,” her petition reads, “[skating] business ventures in which Ms. Hamill became involved proved to be financial disasters.” One of those ventures was the Ice Capades, which Hamill and Forsythe bought in March 1993 and sold in February 1995 to a group headed by Rev. Pat Robertson, the television evangelist. “Dorothy is not passive in the direction of her affairs,” says Forsythe.