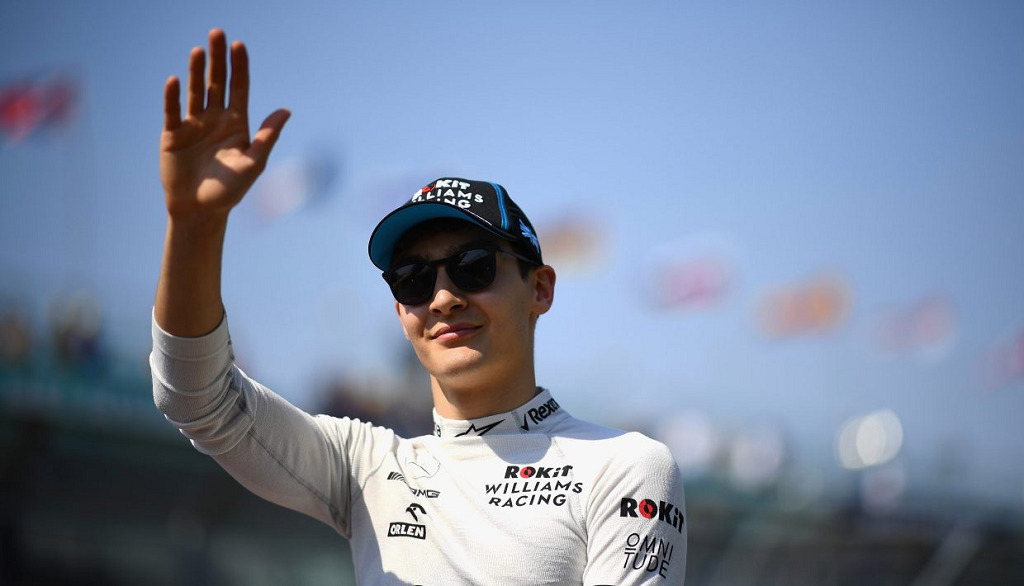 A former GP3 world title holder and reigning Formula Two champion, George Russell is a young racer from King’s Lynn. He is currently racing for Williams in Formula One, but if you were to take a look at his past journey, you’d see that he was the 2018 FIA Formula 2 Champion for ART and the 2017 GP3 Series Champion.

A stellar Formula Two campaign in 2018 helped George Russell convince Williams he was ready for a promotion to Formula 1 even before the championship was decided. When he was 20-years-old, George had already six wins from the first 22 races, and might have had more had the series’ new-for-2018 hardware been more reliable in the opening races. He asserted himself over a competitive field including Lando Norris, who earned his promotion to McLaren the same year, and Alexander Albon, who took the title fight down to the final round.

Is George Russell going to Mercedes?

Toto Wolff (CEO and Team Principal of Mercedes-AMG ) has dismissed speculation that George Russell could be drafted in 2021 to replace Valtteri Bottas at Mercedes.

Russell, the Norfolk-born driver is widely regarded as a future world championship contender and is expected to join Mercedes at some point in the near future, but team principal Wolff has confirmed that he will not get his chance just yet as Valtteri Bottas is set to stay for at least another season.

“He’s going to be in our car, I’m hereby confirming it. We have a contract with Valtteri,” Wolff told Autosport.

“He’s going to race next year. You need to kick me quite hard in a sensitive zone for me to ever lose my loyalty. And I am loyal to my two race drivers. “In the same way, I’m loyal to our junior drivers. George did a phenomenal job last weekend. He deserves to be in a great car one day. He has a contract with Williams for another year.

“They have been very flexible and accommodating in having George, giving George to Mercedes this other weekend, and everything is going to go its way. But calmly, and in a structured way.”

How much does George Russell earn?

Russell began his F1 career with a 16th placed finish in Melbourne.

Russell’s multi-year deal with Williams reportedly earns him $170,000 a year – an income that the average Joe would happily welcome into their bank account. Not only as a racer, but Russell earns much from endorsements and sponsorships. His deals are with Mercedes, AMG, BRDC, Bell Helmets, Alpinestars, and Puma.

Who is George Russell driving for next year?

Following his Formula 2 championship win, Russell signed for Williams in 2019, making his début at the 2019 Australian Grand Prix, alongside Robert Kubica. Russell is contracted to drive for Williams until the conclusion of the 2021 season, although he stood in for Lewis Hamilton at Mercedes at the 2020 Sakhir Grand Prix.

Russell joined Williams for the 2019 season after winning the prestigious F2 championship the previous year. He overtook team-mate Robert Kubica in every single Grand Prix event during his debut season, and has produced a similar record against Nicholas Latifi.

Who is George Russell’s Father?

“ George Russell was born in King’s Lynn, Norfolk, to father Steve and mother Alison, the youngest alongside two siblings: a sister, Cara, and an older brother, Benjy. Russell took up karting at the age of 7, having spent much of his time around karting tracks and his brother Benjy, who was also involved in competitive karting. Growing up in Wisbech, Cambridgeshire, Russell was educated at the Wisbech Grammar School, before moving to Milton Keynes at the age of 18 to be closer to his racing teams.

Like his father, he is a fan of Wolverhampton Wanderers Football Club”.

Who does George Russell Drive for?

George Russell is a Formula 1® Driver for Williams Racing, racing in his second season of Formula 1 in 2020.

George Russell has emphasised that he will drive for Williams in the 2021 Formula 1 season, calling his post-Sakhir-race comments about potentially joining Mercedes full-time before 2022 a “throwaway remark”

Do Mercedes own Williams?

Toto Wolff, CEO and Team Principal of Mercedes-AMG Petronas Motorsport has said: “Williams is one of the iconic brands in Formula One and we at Mercedes Are proud to count them as part of our motorsport family.

How old is George Russell?

Who is George Russell’s girlfriend?

According to The Sun, Seychelle is the sister of racing driver Nyck de VriesCredit who the Russell is currently dating.

A 24-year-old Seychelle de Vries and George he met whilst racing in the Formula 2 championship. The pair spent Christmas together and Seychelle shared the occasion on her Instagram, captioning the photo: “My Christmas present came early ❤️ Merry Christmas everyone 🎅🏼 #mysanta”

Even though not a lot is public about her private life, she often updates her followers on her travels and uploads a picture of the pair on Valentines Day.

Tracing back to 2016, she was romantically linked to Max Verstappen, who has since gone on to date German student Dilara Sanlik.

Although we do not know exactly when the pair first got together, they have been dating for around two years. George Russell’s girlfriend snapped this after he won the 2017 GP3 Series title: “My champion”.

2014: He graduated to single-seaters

He came from behind in the final round of the BRDC F4 championship to beat Arjun Maini to the title by three points with victory at Snetterton. One week earlier he also impressed as a wildcard entry in the Formula Renault Eurocup, beating newly-crowned champion Nyck de Vries to win the season finale at Jerez. Russell rounded off the successful first year in cars by winning the McLaren Autosport BRDC Award.

A promising first weekend in the European Formula Three championship with Carlin suggested he could be a title-contender. Russell won the second race of the season at Silverstone, but although he scored consistently Charles Leclerc, who took his first F3 win the same weekend, comfortably beat him to top rookie honours at the end of the year, while series veteran Felix Rosenqvist took the title.

Russell returned for a second season F3 with new team Hitech against a substantially depleted field and the growing might of Prema. Lance Stroll served notice of his intentions by winning the opening race, and by the fourth round of the season he and Prema were increasingly stamping their authority on the championship. Russell managed a pair of wins and third in the standings.

A move to the F1 support bill the following year brought more success and the interest of Mercedes, who appointed him to their junior team. Joining the crack ART squad as part of a four-man assault on the GP3 title, Russell’s knack for converting pole positions into victories made him an irresistible championship prospect.

As well as making his F1 test debut for Mercedes, Russell made his first official F1 race weekend appearances for their customer team Force India. As he neared the end of his successful stint in F2 Russell grabbed a multi-year deal to drive for another Mercedes customer, Williams.