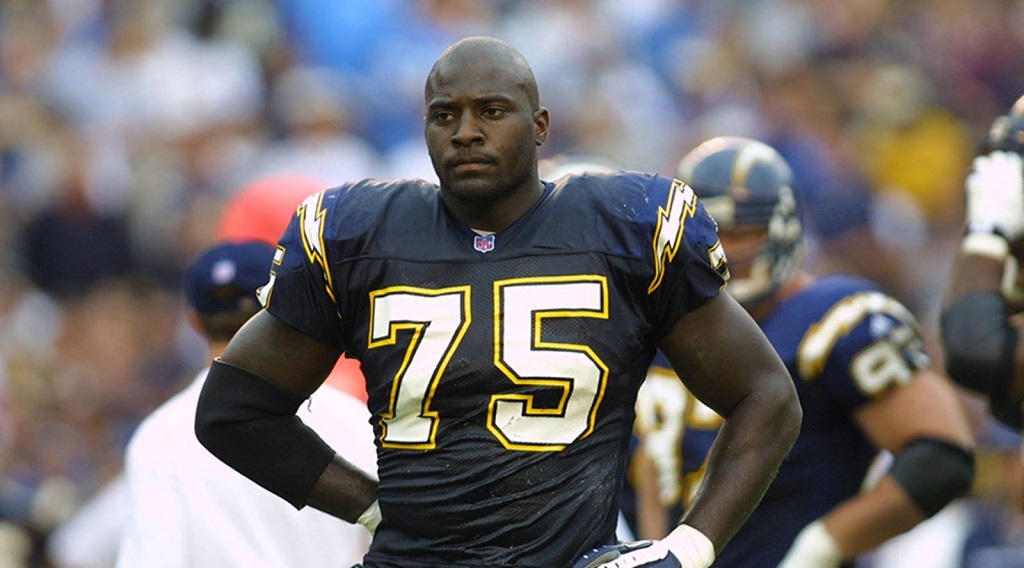 While athletes from the Ivy League haven’t really dominated American professional sports leagues, there are still some prominent which come to mind when you think about it. The NFL’s Miami Dolphins’ starting quarterback Ryan Fitzpatrick (Harvard) and Jeremy Lin (Harvard), who won an NBA Championship with the Toronto Raptors in 2019 are probably two of the most popular ones. However, there was a time, this was even rarer, especially when it came to black athletes. That’s a big reason why former NFL Defensive End and current host of the Fox Sports One show Speak for Yourself, Marcellus Wiley’s role in this field is so important. When Marcellus Wiley first arrived at Columbia University during the summer of 1992, the 6-foot-1, 185-pound running back from California was an unlikely candidate to leave Morningside Heights as one of the most influential football players in the Ivy League’s storied history. However, Wiley grew three inches, put on 95 pounds of weight (mainly muscle) and started playing Defensive End. Four years of Ivy League education also helped and he made a transition from the Columbia University to the NFL with ease. Let’s find out more.

How was Marcellus Wiley’s performance for Columbia University?

The 1996 Columbia University Lions can credit Marcellus Wiley for a lot of their success. Because of his stellar play, the Lions were able to get an incredible 6-0 start for the first time in four decades. The iconic win of that streak was the 13-10 win at Yale, where Wiley was spectacular. He blocked a field goal, sacked the QB twice and picked up 35 rushing yards on seven carries. It was a performance for the ages, prompting Columbia Coach Ray Tellier to tell the press, “He did it all.”

The team’s streak was snapped next week after a close loss to Princeton but they went on to have an 8-2 record for the season, the most for a Columbia football team since 1903. The Lions also finished second in the standings and Marcellus Wiley’s leadership as a captain and dominance on the field was a big reason behind that. According to Tellier, “Marcellus was a vocal and effective leader. He was very mature.”

Aside from showing maturity in the locker room, Marcellus Wiley also matured into a dominating physical presence on the field. The 6-foot-4, 280-pound defensive end had a spectacular senior season, garnering first team All-Ivy and third team All-America selections. But even with all the individual accolades, Marcellus Wiley attributed Columbia’s success in 1996 to the commitment and positive approach of the entire team. “That season was especially nice just because we had a great attitude and we had a great time playing and practicing. Guys really took it seriously that year and it showed on the field.”

Marcellus Wiley played a pivotal role in instilling a winning culture at Columbia football that season, but he played an even more influential role in raising the bar throughout the League. Marcellus Wiley’s exploits on the field brought professional sports leagues back to Ivy League Stadiums. During the 1996 season, one pro scout told a reporter, “I never expected to be here.”

Marcellus Wiley said:”It’s an honor to be considered almost a modern-day pioneer of Ivy League football. I’m just glad that my opportunity and my talent provided some light for other guys to get opportunities.”

Wiley’s opportunity almost didn’t come at all. “They actually found me looking for someone else — an offensive lineman, I think his name was [Brian] Larsen from Dartmouth. I played against him and did well, and he gave me the opportunity to impress the scouts.” And impress the scouts he did. The rest is history.

When was Marcellus Wiley drafted into the NFL?

Marcellus Wiley was drafted in the second round of the 1997 NBA Draft by the Buffalo Bills. In the decade before Wiley’s selection, only three Ivy League Players had been drafted in the NFL. On top of that, only one was taken within the first seven rounds (the number of rounds in today’s NFl Draft). Since Wiley’s selection, 16 Ivy Leaguers have been drafted, along with about a dozen more that have made NFL rosters as undrafted free agents. Wiley’s profound influence on the revival of NFL interest in Ivy League talent is undeniable.

A 2000 NFL draft pick out of Penn, New York Giant fullback Jim Finn, went on to say this about Marcellus Wiley, “He’s had the greatest impact of any Ivy player in the modern era.”

How did Marcellus Wiley get to Columbia University?

As he was finishing up his high school football career at the Los Angeles’ Santa Monica High School, Wiley was heavily recruited by bigger, more traditional football schools such as UCLA and Cal. However, in an unusual decision, he chose against joining traditional football powerhouses and joined Columbia University, mainly for two specific reasons — location and education. Marcellus Wiley was eager to take on the challenge of adjusting to life in a new place, but the idea of an Ivy League education is what he found most appealing. Marcellus Wiley said, “Just in case football didn’t turn out to be anything beyond college it was a great safety net and just to say that not only I went to college but I went to an Ivy League school and graduated, I knew that sounded great on a resume, and it sounded great to my family.”

As a result of his decision, Marcellus Wiley packed his bags and headed across the country to New York City where he enrolled at Columbia, a sociology major with aspirations of becoming a teacher. Marcellus WIley also wanted to use that time to find himself. He said, “I just really wanted to get a chance to learn about myself, learn about life, learn about what I wanted to do and what I wanted to springboard myself into after my four years ended.”

His time at Columbia definitely provided him with that. Here’s what he said:

“I went from culture shock to understanding differences in others and differences in approaches. It’s a very unique place where you can be a guy from inner-city Los Angeles who blasts rap music all day in your dorm room and your next door neighbor is from North Dakota playing opera, and you guys meet in the middle of the hall and just talk. Guys are from all different walks of life, different personalities; and you learn not to judge a book by its cover and take the time to learn what people have to offer and respect it no matter what it is.”

Marcellus Wiley also heaped praises for the diversity on Columbia’s campus. He said”At Columbia guys were smart, guys were intelligent, and had various abilities and it wasn’t about labeling them — it was about understanding them. I think that carries over into the NFL because you have to learn how to pick up pointers and tips from other people despite who they may be. You have to learn to respect everybody and know that everybody has something to offer and a piece to the puzzle.”

Every single thing that Marcellus WIley learned at Columbia, ended up serving him really well in the end. He had a solid 10 year NFL career where he made a Pro-Bowl with the San Diego Chargers in 2001. He retired from the NFL at the age of 32. He struggled with prescription painkillers in the NFL. He spoke about it in a video with VICE.

After retirement, he rose to fame as a co-host of ESPN’s Sportsnation with Michelle Beadle and Max Kellerman and currently appears on Fox Sports One’s Speak for Yourself with former NFL linebacker Emmanuel Acho. Marcellus Wiley summed up the value of his Ivy League education by saying this: “I think it’s the best situation for any kid. When my kid gets of age and if they are all-world in sports and doing well in school I would not even consider sending them anywhere but an Ivy League school just because I think you can have the best of both worlds.”