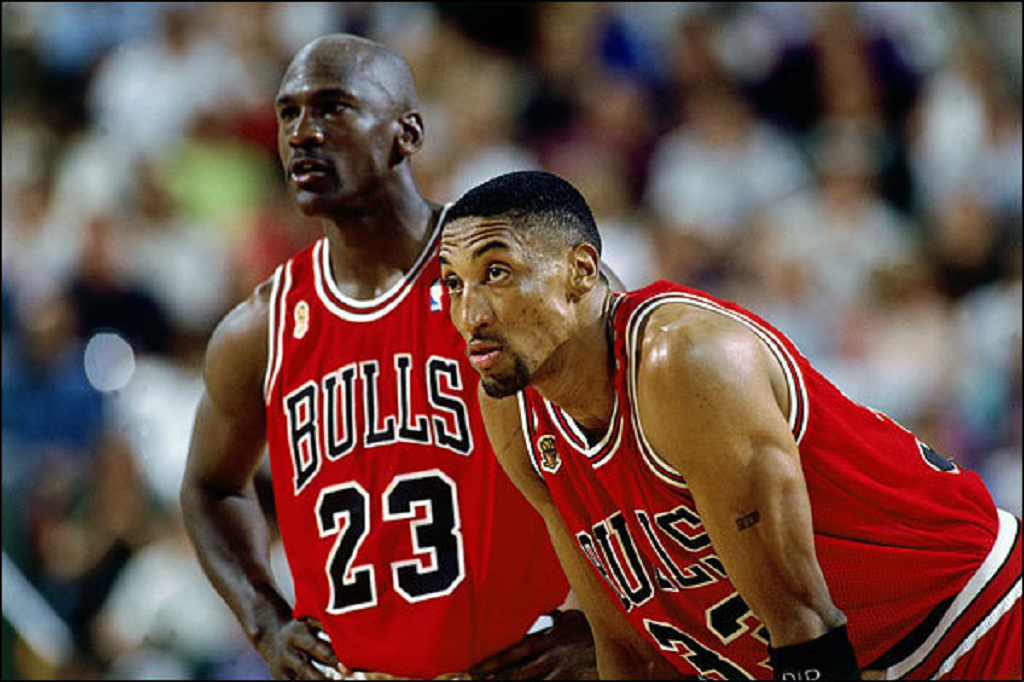 When it comes to basketball in Illinois, a wide variety of things might come to mind. The Illinois Fighting Illini Men’s Basketball team and the incredible high school basketball scene of the state with legends like Derrick Rose and Mark Aguirre to name a few. However, nothing is more popular and legendary than the NBA team located in the state capital, Chicago. The Chicago Bulls, especially the Bulls teams featuring Michael Jordan are one of the most successful teams in NBA history. They won the NBA Championship six times during the 90s and went on to become one of the most successful and popular teams in the history of sports. In this post, we will take a look at the best players in the history of the most prestigious institution of Illinois Basketball, the Chicago Bulls. Let’s get started.

We kickstart this list of the best basketball players to have played in Illinois with The Original Bull. Jerry Sloan, who came to the NBA in 1965 as a member of the Washington Bullets, was the Illinois franchise’s first pick in the 1966 expansion draft. They weren’t wrong. With a style of basketball in which the effort on the court was above anything else, Sloan won over fans and organization by qualifying for the playoffs eight times.

In the nine seasons he spent with the team, he averaged 14.7 points, 7.7 rebounds, 2.6 assists and 2.2 steals and was a two-time All-Star while helping the franchise achieve its first and only division title till Michael Jordan arrived in 1984. His fantastic career had its best moments at the collective level in 1974 and 1975, when he fell one step away from the Finals by losing first to the Milwaukee Bucks 4-0 and the following year to the Golden State Warriors 4-3. The Bulls rewarded his dedication and accomplishments with the team by retiring his number ‘4’ in 1978, thus becoming the first Bulls player and the first Illinois basketball player to achieve such an honor. He was also selected to the NBA All Defensive Team on four different occasions.

We go back to the old days, and the Bulls were the best team of the 90s by far. However, to talk about Horace Grant we are going to go back to the late 80s, to those years in which the Bulls constantly collided with the Pistons to harden themselves and end up being the champion team that they became.

Chosen as number 10 in the 1987 draft – the same one in which Pippen arrived – Grant would start as a Power Forward for the Bulls in his second year on the team, since he would not lose until he left the franchise in 1994 with an average of 12.6 points, 8.6 points, 2.4 assists and 1.1 blocks. Together with Jordan and Pippen, he played on a team that would suffer three consecutive setbacks against Detroit before managing to dethrone them and win three rings between 1991 and 1993. A solid contributor and a valuable presence in the paint for the Bulls, Horace Grant also made one All Defensive Second Team in his career.

The story of what could be and was not. The youngest MVP in history – an award he won in 2011 – is one of those guys who have seen injuries ruin a career that seemed destined to rub shoulders with those of the best in NBA history.

In that historic season, 2010-11, Rose would average 25 points, 7.7 assists, 4.1 rebounds and 1 steal to be chosen the MVP in only his third season in the NBA. He led the Illinois basketball team to 62 wins and would be one step away from the Finals but ended up losing to the overpowered Miami Heat featuring the Big Three of Lebron James, Dwayne Wade and Chris Bosh.  At that time, everything indicated that it would just be the start of a glorious era. However, all hope would blow up in the first game of the 2012 postseason, when he was seriously injured. He would not play in the entire 2012-13 season and in 2013-14 he would only play 10 games before being forced to leave the courts again due to a meniscus problem. He would play for Chicago again in the 14-15 and 15-16 seasons, but he would not be the same again.

With the Illinois franchise, he was voted Rookie of the Year in 2009, three times All-Star (2010, 2011 and 2012), and won the NBA’s Most Valuable Award (MVP) in 2011. Derrick Rose is Chicago born and Chicago bred and even though injuries derailed his career, what he achieved in his short time at the top of the NBA, is the stuff of legends.

Michael Jordan was huge, but would he have achieved all of his hits without Scottie Pippen? He himself admits that he does not. Although everyone knew Michael was the boss, Pippen’s status with the Bulls was not far behind. Coming to the team as the number five in the 1987 draft, it didn’t take him long to become Jordan’s perfect sidekick, alongside whom he would mark the most glorious era of the Illinois basketball franchise.

Pippen is next to Jordan the only player who was in the six rings that the Bulls obtained in eight years; and not as a spectator, but as the protagonist of a story. Over the course of the dominant run, Pippen averaged 17 points, 5 rebounds and 5 assists. And of course we cannot fail to mention the season without Jordan. During Jordan’s first retirement, Pippen averaged  23 points, 8.7 rebounds, 6.6 assists and 2.9 steals to lead the Bulls to a 55-27 record and reach the conference semifinals, where they lost by 4 -3 against the New York Knicks over a blown call.

After the 1998 season, Scottie Pippen left the Bulls and had a decently successful career with the Portland Trailblazers. He made seven All Star teams, eight All Defensive teams and three All NBA teams. He was inducted into the Naismith Memorial Basketball Hall of Fame and his number 33 was retired at the United Center.

Who else could it be at the top? Michael Jordan is the best player in the history of the Chicago Bulls and the NBA. Six rings with six Finals MVPs, five season MVPs, three All-Star MVPs, 10 All NBA Teams, nine All NBA Defensive Teams, and 10 scoring titles, are just some of the few accolades that Michael Jordan garnered during his illustrious career.

And that’s just a general NBA level. If we focus on the Illinois franchise, we are facing the player who has played the most games (930), who has scored the most points (29,277), who has captured the most rebounds (5,836), who has dished out the most assists (5,012) and who has the most steals (2,306). This lead is something he replicated in the playoffs except for the rebounds section, in which he is surpassed by Scottie Pippen.

With six rings under his belt, and as we can see in the documentary ‘The Last Dance’, the performances Jordan dished out one magical performance after another. Among them, we have the flu game against the Jazz, that shot with which he eliminated the Cavaliers in 1988 or the 41 points he averaged in the 1993 Finals (the highest in the history of the competition). He is the greatest basketball player of all time and one of the greatest athletes in the history of humanity.

Illinois basketball: The best of the rest

Now is the time to talk about those other players who have been enormously relevant in the history of the Chicago Bulls and Illinois basketball in general. Going back to the first years of their history, we must talk about Chet Walker, a player who would spend the last years of his career with them averaging 19 points and 5 rebounds per game. Joining him in that first half of the 70s was Bob Love, who would average 21.3 points. His jersey number 10 was retired by the Bulls. Taking a small leap forward takes us back to the early 80s, we can’t ignore a Hall of Fame like Artis Gilmore, who would be a four-time All-Star with the team. And we come to the Jordan era. In it, and speaking of the first three-peat we must highlight guys like BJ Armstrong or John Paxson, who scored some crucial baskets during the Bulls’ title run. The second three-peat featured Dennis Rodman, who gave a huge defensive boost to the squad in the three years he spent with the Bulls, and Toni Kukoc, one of the greatest European players to ever play in the NBA (also winning the Sixth Man of the Year award in 1996). The Chicago Bulls, especially because of the Jordan era, firmly put Illinois basketball on the world map.