Who is Jenny Taft, The Hostess of Skip and Shannon: Undisputed 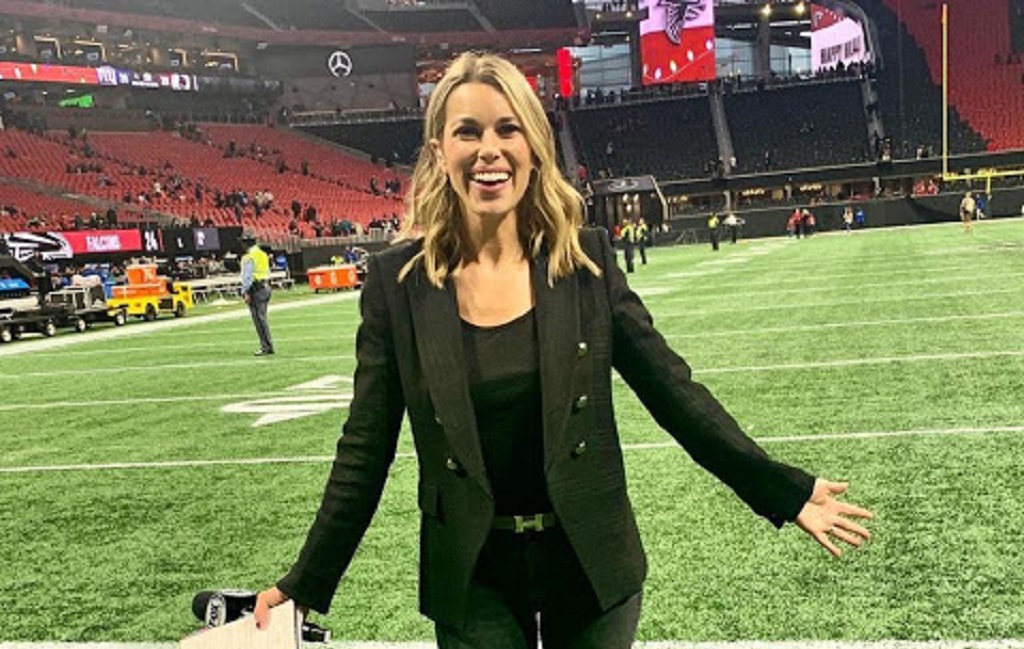 Jenny Taft is a prominent American sports television personality. She is best known as the moderator and hostess of Fox Sports 1’s popular talk show Skip and Shannon: Undisputed. Jenny Taft came on board once previous hostess Joy Taylor moved on to the role of news anchor for the other Fox Sports 1 show, The Herd with Colin Cowherd. Co-incidentally, Joy Taylor moved to The Herd after the show’s original news anchor Kristine Leahy got her own show, Fair Game on Fox Sports 1. Aside from hosting Undisputed, Jenny Taft is also a lead college football sideline reporter for the network. She got her start with the Fox Sports North (FSN) regional affiliate. She covers numerous sports events, even covering dog shows for Fox Sports.  Aside from working for Fox Sports, Jenny Taft also serves as the pit reporter for Battlebots on the Discovery channel. Let’s find out more about her.

When was Jenny Taft born?

Jenny Taft was born on September 5th, 1987 in Edina, Minnesota. Her mother’s name is Mary Taft and her father’s name is John Taft. He was a renowned hockey player and won an NCAA title during his playing days. He also played defenseman for the United States Men’s Hockey Team during the 1976 Winter Olympics. Jenny Taft’s mother, Mary Taft was also a competitive speed skater. Jenny Taft also has a younger brother named Charlie Taft. From her young age, she grew up in a sports environment, which later inspired her to be a sportsperson. She showed a keen interest in sports from a very young age and her father kept on encouraging her to take it seriously. Jenny Taft eventually went on to play Lacrosse in college.

Where did Jenny Taft study?

How many languages does Jenny Taft speak?

Aside from English, Jenny Taft is also fluent is French.

Jenny Taft started her broadcasting career in 2011 with Fox Sports North. This early period of her career saw her fill a “Fox Sports Girl” role, as she served as a Fox Sports North sideline reporter for the Minnesota Lynx of the WNBA. During her time as an FSN Girl, she was also a social media contributor for Minnesota’s Timberwolves, Twins, and Wild sports teams, as well as an in-stadium/arena host at Twins and Wild games. As a result of her continuous involvement with sports teams in Minnesota, she is a fan of all of the state’s teams, especially the NFL’s Minnesota Vikings.

In August 2013, Jenny Taft was promoted to join FS1’s news and highlights update team. She served as a track reporter for a 2013 Supercross event, which was her debut assignment at FS1. During the 2015 FIFA Women’s World Cup, Jenny Taft served as a reporter for the U.S. women’s national soccer team.

While she was in France, Jenny Taft also went to the vineyards of the country and shot a segment on that,

Jenny Taft got her start in college football reporting in 2014, as part of FS1’s game coverage. In 2017, Jenny Taft moved up to the position of lead college football sideline reporter, alongside play-by-play commentator Gus Johnson and analyst Joel Klatt. Her role at FS1 expanded considerably. Jenny Taft has been very busy with the network, covering the NFL, MLB, and the Westminster Kennel Club Dog Show.

In 2018, she served as a fill-in host and moderator on various FS1 programs. During the summer of 2018, she was announced as the full time moderator of Skip and Shannon: Undisputed. The show was initially hosted by Joy Taylor and featured Skip Bayless and Shannon Sharpe. Joy Taylor moved on to serve as the news anchor for The Herd with Colin Cowherd. Shortly after, on September 5, FS1 debuted CFB: Inside Slant, a weekly college football show hosted by Jenny Taft. Despite taking on these new positions at FS1, she retained her college football sideline reporting duties for the 2018 season. In 2020, Jenny Taft also went on to work as a sideline reporter for Fox Sports’ coverage of XFL games, making her one of the busiest people on Fox Sports 1.

Who is Jenny Taft married to?

A daughter of an ex-hockey player, Jenny Taft went on to marry Matt Gilroy, who is an ice-hockey player. The couple dated for five years before getting married in 2015. Even though Jenny Taft wears many hats on Fox Sports, and she appears on screen continuously, she keeps her personal affairs relatively private. Even though the couple regularly shares about their marital life in social media these days, the details about their wedding ceremony are not in the media yet.

Reportedly, the couple met for the first time when both of them were attending Boston University. The couple is currently in a long distance relationship as Matt Gilroy is currently living in Switzerland while she is working with Fox Sports in America.

Who is Matt Gilroy?

Jenny Taft’s husband Matt Gilroy is a famous ice-hockey player. As of 2020, he plays for the SC Rapperswil-Jona Lakers of the National League (NL). Prior to moving to Europe, he played for many NHL teams such as New York Rangers, Tampa Bay Lightning, Ottawa Senators, and the Florida Panthers. Matt Gilroy was born on July 20th, 1984 in North Bellmore, New York. Throughout his career, Matt Gilroy has earned over $5 million.

Has Jenny Taft been involved in any controversy?

Jenny Taft has steered clear of controversies and scandals, and has maintained her very clean image. She seems to have a very affable and friendly personality.

What is Jenny Taft’s net worth?

Jenny Taft, as a result of her relentless hard work with Fox Sports, has built up a sizable net worth of about $2 million. Her annual salary as a sports broadcaster is between $1.5-$1.7 million. Aside from her Fox Sports salary, Jenny Taft also earns a good amount of money through her endorsements of brands such as Vince, Sandro Paris, and AQUAZZURA.