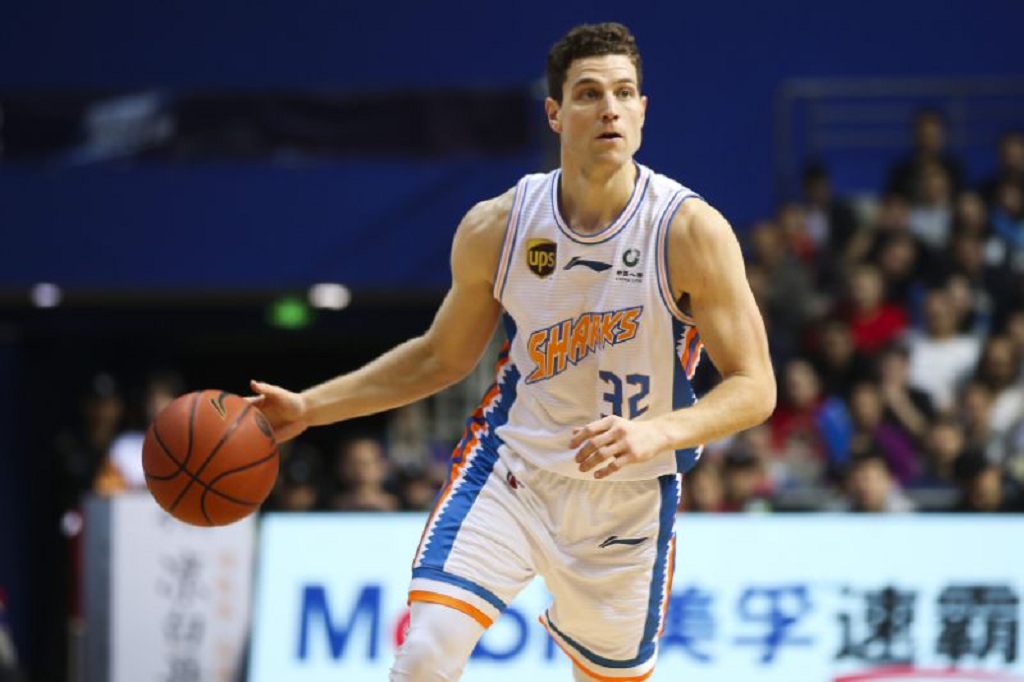 First came Jimmer, then came Curry! Simply referred to by his unique first name, Jimmer Fredette, the college superstar took the basketball world by storm in the late 2000s. His effortless range was incredible and his smooth scoring ability turned him into a phenomenon! However, a lot of college stars start to fizzle out when they meet other prodigies in the NBA because it truly is the best against the best and if you can’t translate into the NBA, you get bounced around teams just like basketball.

Jimmer Fredette: Life Over The Years

Jimmer Fredette was born in Glens Falls, New York to parents who wanted to call him something unique and nicknamed him “Jimmer.”

From his early childhood, Fredette (the youngest of three children) showed unusual dedication to athletics. His older brother TJ recalled, “He was the most determined, competitive four-year-old I had ever seen.” TJ helped him train for his basketball career before kindergarten. He regularly played with TJ, seven years older, and TJ’s friends on their backyard court. Fredette was able to hit three-pointers at age 5, and developed extended moves to get around his larger opponents. TJ also remembered that his brother “willed himself to find ways to win, even if he was physically outmatched. From the time he was 10, the young athlete was telling everybody he was going to make the NBA.”

Other family members assisted Fredette in his development. His father, Al Fredette, a financial adviser, introduced him to schoolyard competition against adults at age 8.

As Fredette developed, his father took him on occasional road trips to Hartford and New York City for more intense competition, and also helped to coach his AAU teams.

His mom also encouraged him by allowing him to bounce basketballs throughout the house, and even built a dribbling studio for him in their basement. Her brother Lee Taft, a personal trainer who now operates a speed training school in Indianapolis, started him on running drills as a 5-year-old, and still works with Fredette.

Fredette was named first-team all-state by the New York State Sportswriters Association and the Times Union as a junior and senior. He had several memorable on-court moments in his career at Glens Falls, including 12 different 40-point performances in his senior season, and a shot against Voorheesville High School’s Andrew Catellier in the season opener of his junior year in which he banked a three-pointer off the glass and in with his opposite hand to win overtime at the end of regulation.

In his senior season, Fredette led his team to a 25–2 record and the Class A State Championship game which they lost, 58–48, to a Peekskill High School team led by future Syracuse University forward Mookie Jones.

Fredette averaged 25 points per game to help the Rocks earn a third-place win over the Minnesota Magic at the 2006 AAU National Championships.

Despite his high school prowess and praise, he went largely unnoticed by the traditional “basketball powers”. He received offers from 12 schools and ultimately chose to attend BYU, which was sister Lindsay’s alma mater and the flagship school of the Church of Jesus Christ of Latter-day Saints.

You know you’re a living legend when getting “Jimmered” became the hottest fad of 2010. A local band even made a song called “You’ve been Jimmered” during Fredette’s senior season at BYU.

It’s safe to assume that Fredette deserved all the hype he received in college. He could pull up from 40 feet or drive past his defender and make an acrobatic layup whenever he pleased. Fredette averaged 28.9 points per game as a senior and led BYU to a 32-5 record.

Recalling one particularly memorable game in the 2011 Mountain West Conference tournament, he dropped 52 points and made seven three-pointers against New Mexico.

The electric guard led the Cougars to a No. 3 seed in the NCAA Tournament in 2010-11. BYU defeated No. 11 Gonzaga and No. 14 Wofford before falling to No. 2 Florida in the regional semifinals. Fredette did all he could in the loss, dropping 32 points and five assists in the game.

Fredette was named the Consensus Player of the Year in 2010-11.

After all the accolades from his senior year, Freddete was drafted No. 10 overall by the Milwaukee Bucks in the 2011 NBA draft. He was immediately traded to the Sacramento Kings, where he spent his first three seasons in the NBA.

Fredette struggled as a rookie, shooting just 36.1% from three and averaging a measly 7.6 points per game off the bench. Unfortunately for Fredette, things only got worse from there.

The former college phenom saw his points per game drop in five straight seasons right after his rookie campaign. He played stints with the Chicago Bulls, New Orleans Pelicans, and New York Knicks — mostly in the G-League — before flaming out of the league in 2016.

Despite being stuck in the G-League for years, Fredette remained optimistic the entire time.

“I feel good, feel confident. It’s great,” Fredette told SLAM during his time with the Westchester Knicks. “I know that I can play at the NBA level; I’ve shown it before. I’ve had some really great games and some really good runs in the NBA. But sometimes it doesn’t work out for you right away how you want it to. You’ve got to fight and work hard. I have confidence in my ability and that if I play in the NBA I can be really successful.”

In 2016, Fredette decided to explore a basketball career beyond America. He joined the Shanghai Sharks in the Chinese Basketball Association and his life changed forever as Fredette found something in China.

He averaged 37.3 points per game in his first season with the Sharks. A few years later, he dropped 75 points in a single game, including 40 in the fourth quarter. The impressive display was enough for the Phoenix Suns to give Fredette another shot in the NBA, but he lasted just six games with the team.

Fredette has participated in The Basketball Tournament (TBT), a million dollar winner-take-all summer tournament broadcast on the ESPN family of channels. In TBT 2017, he acted as coach for Team Fredette, who lost in the first round to Team Utah, 100–97. In TBT 2018, he played for Team Fredette, leading the team to four wins and a spot in the semifinals, where they lost to the Eberlein Drive, 80–76.  With 31 points per game, Fredette became the all-time record holder for points per game.

On March 22, 2019, Fredette signed a two-year contract with the Phoenix Suns. He made his official return to the NBA a day later against his first NBA team, the Sacramento Kings. In his next game on March 25, Fredette was given a standing ovation in his return to Utah in a loss against the Utah Jazz. However, after only playing in six games and averaging only 3.7 points per game, and on June 24, Phoenix declined to pick up the second-year option of Fredette’s deal and his short return to the NBA ended.

On July 15, 2019, Fredette signed a two-year contract with Panathinaikos of Greece’s top-tier level Greek Basket League and the EuroLeague.

In 2020, Jimmer Fredette announces he’s returning to the Shanghai Sharks. The 31-year-old Fredette played for the Sharks from 2016-2019 before spending last season in Greece, where he played for Panathinaikos and averaged 12.9 points, 1.8 assists and 0.8 steals per game in 27 contests.

Fredette had signed a two-year deal with Panathinaikos, but team president Takis Triantopoulos said in July that he was being let go because of financial problems due to the coronavirus pandemic, according to Eurohoops.net.