5 Facts About The AEW’s Jon Moxley 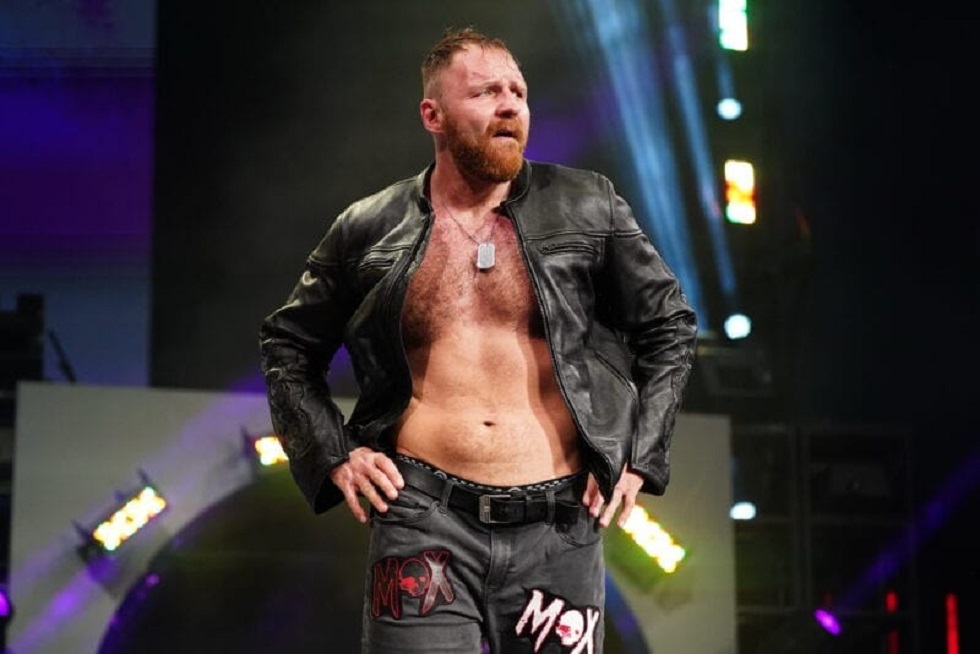 Jonathan David Good (from Cincinnati, Ohio; born on December 7, 1985) is an American professional wrestler and actor who currently works for All Elite Wrestling (AEW), where he competes under the name Jon Moxley or simply Moxley and also makes appearances in New Japan Pro-Wrestling (NJPW). He is best known for his time in WWE, where he competed under the name Dean Ambrose from 2011 to 2019. He is currently the IWGP United States Heavyweight Champion in his second reign.

5 Things You Should Know About Jon Moxley

He is extremely reserved and super lowkey

Only because of his passage from WWE to AEW, we could see a little bit of Moxley’s active feed on social networks. Otherwise, he has always been oblivious to technology and has always sought to have a pretty good private life, stating in 2014: “I don’t feel the need to open up to everyone’s opinion with a phone or a computer. I just don’t understand that, being connected to everyone on such a superficial level. It’s not really for me.” However, after his departure from WWE, he has become more active on his Twitter account.

He has been so secretive in his life that he even managed to keep his relationship with Renee Young out of the public eye and fans and even co-workers only found out two weeks after the couple was married.

Renee Young once commented on how her ‘wedding’ was, the current WWE Backstage commentator said that one night they were about to go to sleep when Jon suggested the idea of ​​getting married, so they called a place to send them a pastor/priest and he will marry them in their backyard.

They were married after midnight, so technically it was Sunday, plus they woke up the neighbor to act as a witness.

Every fighter grows up dreaming of becoming like a business legend and Moxley always had Bret Hart as his favorite fighter written on his heart. In an interview in 2015 he commented on the subject, assuring that he was fascinated by Hart for being the most realistic type and that he appreciated how his hero always managed to deceive and survive against his rivals.

In the same interview he also confirmed that he was never a Hulk Hogan fan. Sorry Hogan fans!

He left his studies

Moxley realized that the path he was on was not the one that made him happy, so he decided to abandon his studies and start his wrestling career. A difficult decision to make but one that would be the most important as it would lead to success and meet happiness again.

He got to WWE earlier

We all remember Moxley’s local talent matches, the ones where he wore extravagant pink hair. Did you know? Moxley was trying to sign for WWE (Summer 2007) at that time and Simon Dean was the one who was helping him get the contract! Simon Dean was speaking well of him and recommending him to the right people in that matter.

Unfortunately for Moxley everything fell apart when Simon Dean was fired from the company a couple of weeks after he had stepped on the WWE ring (Late August 2007), moreover he did it in such a way that it became a scandal, so the company quickly banned him and erased all memory of Simon.

Moxley had to wait several years for WWE to knock on his door and finally sign with them.

He became a champion in his first match

When Moxley debuted in NJPW he did so well that he finished that night as champion. His arrival in Japan immediately integrated him into a rivalry with Juice Robinson, the IWGP champion from the United States, a story that led them to face each other on the last night of the “Best of the Super Juniors”, there Moxley not only had his first fight in NJPW, he also won the championship.

At the moment, Jon Moxley is the only wrestler to have won the WWE Championship and the United States IWGP Championship.

Did Jon Moxley win any awards?

Following The Shield’s split, Ambrose became a one-time WWE World Heavyweight Champion, a three-time Intercontinental Champion, and a two-time Raw Tag Team Champion (along with Rollins). He also became the winner of the Money in the Bank Ladder match in 2016 and successfully cashed the contract to become WWE World Heavyweight Champion. After winning the Raw Tag Team Championships, Ambrose became the twenty-seventh Triple Crown Champion and the sixteenth and youngest Grand Slam Champion, being the first member of The Shield to have completed both achievements. Ambrose headlined multiple pay-per-view events for WWE.

How did he get his name?

After signing with WWE, Good, renamed Dean Ambrose, competed in the company’s development territories Florida Championship Wrestling (FCW) and NXT Wrestling until 2012. He joined the company’s main cast in 2012 as a member of The Shield, with Roman Reigns and Seth Rollins. Ambrose won his first championship while in the group, the United States Championship, having a reign of 351 days, being the third longest reign in the history of the title and the longest within WWE (who acquired the title by buying trademarks World Championship Wrestling in 2001).

What did Jon Moxley do after leaving WWE?

Following his departure from WWE, Good made an unannounced appearance at AEW’s premiere event, Double or Nothing, reverting to his moniker of Jon Moxley. A few months later, he would win the AEW World Championship. He also began working for NJPW shortly after his departure from WWE and won the IWGP United States Championship on his NJPW debut, becoming the first and only wrestler to have won the WWE and IWGP United States Championships.

Where does he stay?

They were married on April 9, 2017. In November 2020, Jon Moxley announced that he and his wife Renee Paquette are expecting their first child.