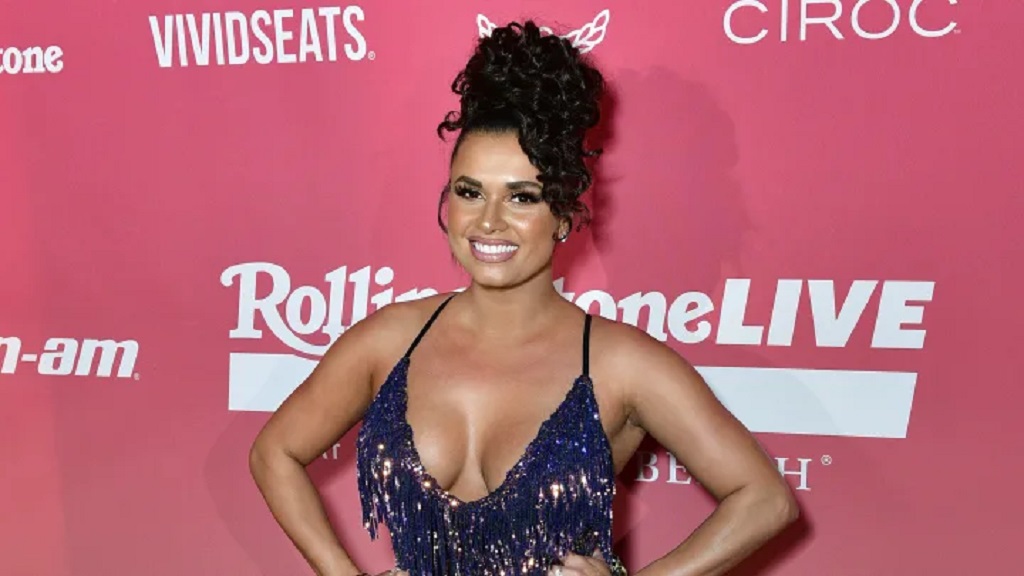 Joy Taylor is one of the most popular and well informed female sports analysts in the American sports world today. Joy Taylor started her career in Miami (her place of birth) as a sports talk radio host for 790 the Ticket. She slowly grew in stature and worked her way through the ranks to become one of the best known sports analysts in the American sports media. Joy Taylor is very well renowned for her level headed and well informed takes. When Fox Sports 1 was launched, she started appearing as the moderator and hostess for Undisputed with Skip and Shannon. Soon thereafter, she moved on to the role of news anchor for The Herd with Colin Cowherd after incumbent Kristine Leahy departed for her own talk show Fair Game. Joy Taylor is smart, loves and lives sports, but more importantly isn’t afraid to speak her mind and stand up for what she believes in. Even if her opinion is unpopular. She has spoken about domestic violence and racial issues as well. And she isn’t a part of the PC police and she offers very balanced and well thought out opinions. When Phil Jackson was under fire for calling LeBron James’ group a “posse”, Joy Taylor vehemently said that Jackson shouldn’t be called a racist for that. Here’s what she said:

Let’s find out some interesting things about Joy Taylor:

1. She loves dogs but is actually a cat person

Joy Taylor got a puppy in Miami which she couldn’t bring to Los Angeles because if you don’t know a lot about LA, the cost of living is very expensive for very small places. And she was a Boxer so she would have eaten a hole in the floor in LA. So she’s in Florida with Joy Taylor’s in-laws, living a great life. Since maintaining a puppy is somewhat difficult and her puppy is living happily, Joy Taylor has become a cat person.

2. She has got a distinctive laugh which fans love

Joy Taylor would always get teased by her younger sister about her laugh because it’s very cackle-y and (in her own words) witch-like. She has embraced it now, it’s sort of a signature thing. Some people find it annoying, some people find it contagious and funny, it’s really hard to fake a good laugh. Joy Taylor just goes with her natural laugh and then people know that she thinks something is funny. Check it out for yourself:

Joy Taylor’s brother Jason Taylor had an incredible career as a defensive end and outside linebacker (mainly) for the Miami Dolphins. He won the Defensive Player of the Year in 2006 and was inducted in the Pro Football Hall of Fame in 2017, his first year of eligibility. He is in the top 10 of numerous statistical categories in NFL history. He also has the most touchdowns by a defensive lineman in history. Here are some highlights of Joy Taylor’s brother’s illustrious career:

4. Joy Taylor is great at sports herself

Joy Taylor ran track and played basketball for most of her young life. She started in 5th grade and also played volleyball and soccer. She ran track in college, she was a recruited division one track athlete, sprinter to be specific, so she ran for a year but being a college athlete was not for her. Trying to balance sports and being a student was difficult for her. Joy Taylor also felt that since she wasn’t good enough to be an olympic athlete and wasn’t studying sports management, it became too much for her. But she loved playing sports and even played soccer into her adult years until a few years ago when she tore her ACL, which as a grown-up is extremely inconvenient. As she pointed out to Nick Wright on The Herd with Colin Cowherd, she is only 5’2” but she can touch the bottom of a basketball net, it’s obvious that she has a good vertical leap despite the injury. She is a big fan of the Miami Dolphins and the Miami Heat.

5. Joy Taylor loves Law and Order SVU and Say Yes to the Dress

Joy Talor loves binge watching those shows. She enjoys watching people pick out their wedding dresses. She said that she tried about 40 wedding dresses even though she knew she was going to pick up the second one she tried.

Twitter used to be her favorite because she really likes talking to people, and interacting with fans and having conversations. She doesn’t use it much anymore because it’s hard to navigate having debates with fans on Twitter and the ridiculous amount of trolls that are out there. She said that reading a lot of negativity about yourself gets into your psyche. She tries to avoid it for that reason. She likes Facebook and Instagram and is quite active on the latter. Her Instagram handle is @joyTaylortalks.

7. Even though she is very glamorous, Joy Taylor prefers running shoes to stilettos

Joy Taylor became a running shoes person after moving to Los Angeles from Miami. Speaking on the differences between the two cities, Joy Taylor said, “In Miami everyone gets dressed up all the time, and the very underrated part of living in Los Angeles is you can wear whatever you want. Out on a Friday night you can wear tennis shoes and shorts or flip flops, a sundress, or get completely dressed up.”

Family means everything to Joy Taylor. Her family is her rock. Joy Taylor has expressed a lot of love for her siblings and mother. They all have each other’s backs at all times.

9. Joy Taylor believes in dedicating all her energy behind her goals

This is what Joy Taylor had to say about her approach towards achieving her goals and the advice that helped propel her towards it, “I don’t know it’s a quote as just a piece of advice I got when I was struggling and in between things and just starting out in the business. I had a lot of goals, a lot of aspiration, and not a lot of focus. So a piece of advice I got was put all of my energy into the things I want. Set a goal and then put your energy towards it.

I think a lot of people have a problem in life whether it be fitness or career…they don’t actually set a goal. If you want to be on television you should be putting all of your energy towards things that will help you get there. Focus is really the biggest thing in helping you become successful. Since I got that piece of advice I’ve kept on that path towards those goals, and now I’m in L.A. on Undisputed on FS1 and I really do believe it’s because I had a goal and I didn’t get distracted from that.”

10. Joy Taylor has her own podcast

Aside from appearing on Fox Sports 1 as a news anchor on The Herd with Colin Cowherd, Joy Taylor also has her own podcast. It’s called Maybe I’m Crazy and through it, Joy Taylor breaks down all the stories from the world of NBA, NFL and everything in between.

11. Joy Taylor was a victim of domestic violence

Joy Taylor suffered domestic violence during a previous marriage. She spoke about it for the first time when Baltimore Ravens’ running back Ray Rice came under fire for physically attacking his girlfriend inside a hotel’s elevator. Here’s what Joy Taylor said about her own domestic violence experience around that time:

“Everybody gets a second chance, right? That’s sort of what happened with me. You get put into a position where you are no longer super angry, no longer physically hurt because wounds heal and they ask for forgiveness. They remind you that you have all these nice things together and they love you. They slowly drag you back in, that’s how it happens. They manipulate you. They treat you in a way that makes you think you deserved it.”

Joy Taylor also pointed out that while domestic violence issues among NFL players always get the limelight, it is far more widespread in America, with one out of three American women facing it. She said, “When you look at sports it’s a tiny piece of society…small amount of people and it seems like it happens all the time. It seems like you hear a story about domestic violence all the time. The reason is because it happens that much in society. It’s such a big problem. It’s not just necessarily sports. It happens so much and we see it in sports and there’s a spotlight on sports.”

After the domestic violence incident of Dallas Cowboys running back Ezekiel Elliott came to the forefront, she had an impassioned take on Undisputed with Skip and Shannon. Here’s what she said:

So those were some interesting things to know about Joy Taylor, one of the best and most underrated sports analysts today. We will wrap up the post with Joy Taylor’s advice for women who are looking to make a career in the field of sports media. Here’s what she said: “The digital platform and blogging is free, it’s such a great tool. And if you’ve ever been to any sort of broadcasting school all the professors are telling you that you have to write, write, write. And it’s true, I still write most of my scripts on FS1 at the network level. So you have to be able to write. Blogging and YouTube are really helpful. Networking is the biggest – so you should always be out there and be professional, and always following up with them. But also knowing what you want to do. It’s hard for people to help you when you don’t tell them how they can help you. Also the other thing I would tell young women is…You just have to be really REALLY good. You have to be better than you think you need to be. And always be on time, and present yourself professionally.”