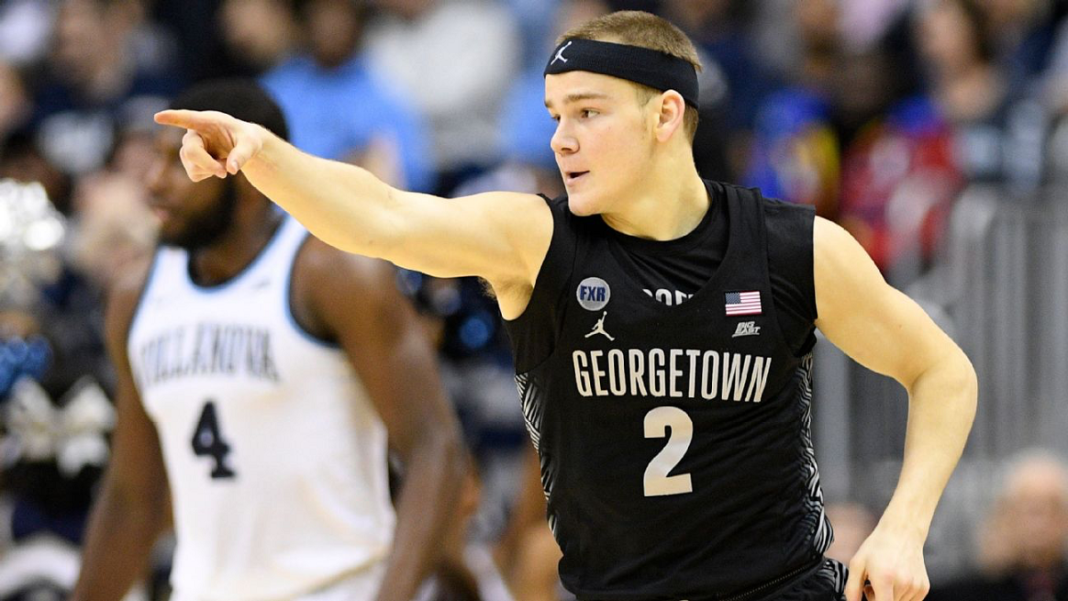 Mac McClung, born January 6, 1999 in Gate City, Virginia (United States), is an American basketball player playing for the post of shooting guard. Not chosen in the 2021 draft, he played in the Summer League with the Los Angeles Lakers and then signed a contract there but was dismissed before the start of the regular season.

After graduating from high school, he went on to Georgetown University. In the match against the University of Arkansas at Little Rock on December 22, 2018, he scored 38 points, the highest number of newcomers to the university.

In the first grade season, he averaged 13.4 points, 2.6 rebounds, and 2 assists per game, and was selected for the All-Freshman team at the Big East Conference. In the second grade season, he could only play 21 games due to a leg injury, averaging 15.7 points, 2.4 assists, and 1.4 steals per game. After the season ended, he announced an early entry in the 2020 NBA Draft but canceled and returned to college.

On May 27, 2020, McLang transferred from Georgetown University to Texas Tech University. He made his debut against Northwestern State University on November 25 and scored 20 goals. In April 2021, he announced an early entry in the 2021 NBA Draft.

4. Mac McClung will now be joining the South Bay Lakers:

Mac McClung will still remain in the G League through the South Bay Lakers.

As per Jovan Buha of The Athletic, the Lakers reportedly made their first roster cut of the preseason in mid-October 2021 waiving Mac McClung from the training camp roster.

The 22-year-old’s Exhibit 10 deal (which we have explained below) means he will remain with the South Bay Lakers in the G League this season. If you’re wondering what an Exhibit 10 deal offers, it provides the players who are cut an extra financial incentive from training camp rosters to remain with that respective team’s G League affiliate, in the 22-year-old shooting guard’s case it is the South Bay Lakers.

One of the fan favorites from the 2021 NBA Summer League, the young athlete from Texas Tech, appeared in three preseason games for the Lakers but totaled just 16 minutes of action, scoring four points in that span. The 22-year-old will likely feature a prominent role alongside two-way players Joel Ajayi and newly-signed Sekou Doumbouya in the G League this season as well as other potential training camp cuts in Chaundee Brown and Trevelin Queen, though Joel Ajayi and Sekou Doumbouya are not guaranteed to join the South Bay Lakers this 2021 season.

Reportedly waived by Lakers after making their first roster cut of training camp, McClung’s waiving could also be a precursor to the Lakers officially hinting at acquiring Frank Mason III. Despite the team never announcing the signing, they did mention to the public certain facts about Doumbouya’s signing to take the 20th and final spot on the training camp roster.