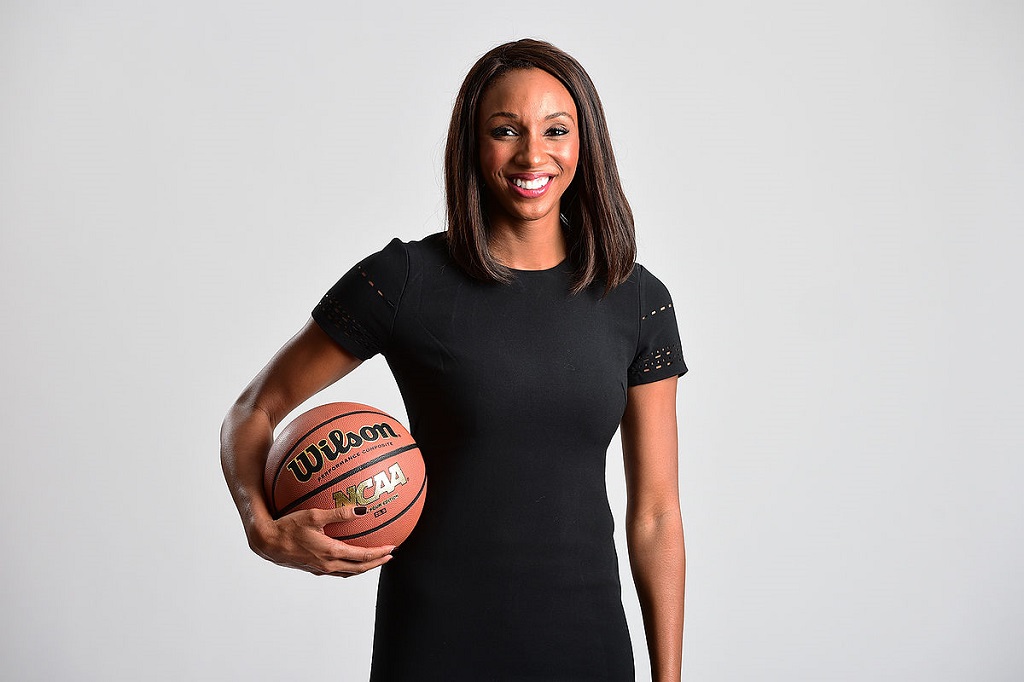 Maria Taylor has already achieved a lot: she played college basketball and volleyball at the University of Georgia, worked as an analyst and host on the SEC Network and is now one of the six hosts of ESPN’s College Gameday — one of the most coveted positions in reporting. Here’s what you didn’t know about her.

1. Why is Maria Taylor famous?

In 2012, Maria was already a reporter and host for IMG College at the University of Georgia for three years. There she covered both the ESPN’s coverage of the NCCA Women Basketball and Volleyball tournament. Moreover, she has also appeared in various shows like Dawg Report, SEC Men’s Basketball Tonight, and SportsNite. In 2014, she joined the SEC Network and covered college football with commentator Brent Musburger and Jesse Palmer.

In 2017, she joined the ESPN College Gameday between the University of Georgia and the University of Oklahoma. Maria has also worked in ABC broadcast on Saturday night as a sideline reporter with Chris Fowler and Kirk Herbstreit. In 2019, she began her hosting in NBA Countdown.

Suzette Maria Taylor was born on 12 May 1987 in Alpharetta, Georgia, United States. She holds the American nationality and embraces her Afro-American ethnicity. Her birth sign is Taurus. She was born to father, Steve Taylor, who was a former FBI agent and mother, Suzette Taylor. She is the only child.

3. Speaking of her parents, they taught her a valuable lesson:

In this age where couples can walk in and out marriage as they please, Maria’s parents taught her that a union is hard work, and both people involved have to try and make it work.

Therefore even if her mother was busy as a career woman being the Chief Financial Officer at the Institute of Paper Science and Technology and her father worked for the FBI, they still took their vows seriously. Additionally, Maria’s father taught her that even though she was a girl, she had to know how to change a tire and everything else about cars; hence at 16, Maria got behind the wheel of a 1992 Honda Accord and was told to drive downhill.

4. She was made fun of due to her height:

Many celebrities have been mocked due to their physique, and luckily for some, they did not succumb to the societal pressure. For instance, Jennifer Lopez was considered too curvy to make it in the entertainment industry that appreciated skinny girls. Maria took after her father, who stands at six foot seven. Her height of six feet two led to her classmates calling her a Jolly Green Giant, but since she could not do anything about it, she had to learn to make the best of it through sports.

5. Taylor went from freelancing for ESPN in 2011 to hosting in just over three years because of THIS reason:

Throughout those early years in her career, Taylor said that women — even in the beginning of their careers — need to avoid being pigeonholed by letting those around them know they’re open to multiple opportunities.

Equally important is simply being prepared.

“The best thing that you can do to break down any of the barriers that women face in sports is to be over prepared — know your value, but also know the subject matter that you’re covering,” said Taylor. “That way, when a guy comes to you with a question about a certain team or a player, you don’t pause — you are confident in yourself and your knowledge base.”

6. Maria Taylor has a strong message for women in sports:

Taylor recently spoke to Know Your Value at the University of Georgia vs. Notre Dame football game. There she shared some of her best career tips for women who want to follow in her footsteps.

“I remember when I used to go to coaches’ meetings and stuff like that and I would never say anything — I would just sit in a corner and sometimes coaches wouldn’t even shake my hand,” recounted Taylor. “They would go around and talk to everyone else — and of course it’s a room full of men — and I learned to think, ‘You know what, if they’re not gonna shake my hand, I’m just going to stand up and shake theirs.’”

That lesson paid off.

Since that first game, Taylor learned how necessary it is, especially as a woman, to lead in rooms on and off the TV screen.

The most successful people always have mentors in the industry and for Taylor it was another woman who’s been a trailblazer in television: Robin Roberts. “She said ‘every day you go to work — if you are working on the smallest game of the week or the largest, act like it’s the best day — like you wouldn’t want to be anywhere else. Remember that in every phase of your career, that you’re in that moment for a reason and you should be excited about it.’”

These days there are very few women in sports coverage — and those women often have titles that are inferior to their male counterparts even if they have the same amount of experience, she said.

7. She fell in love with her husband at first sight:

It is cliche to hear that people fell in love the moment they laid eyes on each other, but it is still romantic. When Maria went to North Carolina to watch the Charlotte Hornets game, she noticed one man and told her friend that if she kept going there and seeing him, she would end up dating him. Apparently, the stranger, Rodney, had been attracted to her as well because he approached her, and they exchanged numbers in 2014.

8. She had two proposals from Rodney:

After eight months of pure bliss, Rodney proposed to Maria, and she accepted. They even started making wedding plans hoping to wed in June 2016, but after careful consideration, they realized they were rushing, so they called off the wedding.

Three years passed without a wedding and no communication, but they still felt connected in every way. Rodney proposed again during a picnic, and she accepted, again.

He proposed to her with a floral-inspired ring featuring a halo while hiking in LA. The couple exchanged their vows at the oceanfront Hilton Sandestin in Destin, Florida, in front of their friends and family.

Maria has earned a decent amount of money from her profession as a sports analyst. She receives an average salary of $87,885 from ESPN and with an increasing social media presence, she has a net worth of $2 million.

Taylor helped launch the SEC Network at ESPN which was a brand new network that focused on the NCAA’s Southeastern Conference.

Most of the talk around the SEC focuses on football but the network also covers baseball and basketball. Maria Taylor took over for Sam Ponder on College Gameday after Ponder departed for NFL Countdown.

11. Taylor was named to the All-SEC volleyball team three times!

Maria Taylor went to the University of Georgia where she played volleyball and basketball for team Bulldogs. She was named to the All-SEC volleyball team three times and was also in the USA A2 National Volleyball team. She graduated from Georgia in 2009 with a degree in broadcast news. She returned to the University to pursue her Master of Business Administration which she completed in May of 2013.

Maria Taylor started her career in basketball and volleyball while she was in college.

Before her successes in college, she had successes in high school that allowed her to be in position for college. She didn’t just stick with volleyball but was actually a two-sport star with both volleyball and basketball.

She went to Centennial High School and played basketball for four-year. She was also a part of the USA Volleyball Junior National A2 team (2004). Later, Maria got an athletic scholarship to the University of Georgia and again continued her career in basketball and volleyball from 2005-2009.

In an interview with USA Today, Taylor spoke about the importance of her playing two sports.

“ I think it’s important that you play everything as long as you can because you don’t know what your body is going to be like when you’re 13. I was still growing when I got to college. I was going to be super lean and long. By the time, I was in high school I was in more average height before I shot up.

The same thing could have happened in basketball. You could spend your middle school years into ninth grade to be a post, but then by high school you end up the same height as everyone else. Maybe you might have been better off as a libero in volleyball or playing soccer or field hockey. If you shut it down too soon, that’s not going to be possible.

I’m really glad I did both. You meet a whole new group of people, too. You have to learn to get along with a bunch of different crowds and how do you blend into different groups while still being a leader and standing out. It’s good way to get out of your comfort zone. It’s a good way to keep pushing and challenging yourself. It’s a good way to work different muscle groups. Volleyball made me more explosive for basketball and basketball helped my endurance for basketball. They cross-train each other a lot.”

13. But, she only tried volleyball to get out of basketball training:

Maria has been playing basketball since she was in sixth grade. Consequently every year they had strengthening training which Maria did not look forward to so when her coach suggested she should try volleyball, she agreed. The sports host revealed that she fell in love with the game at first serve, and for three years in a row, she was voted the MVP in high school before proceeding to play for the University of Georgia’s volleyball and basketball teams.

14. Here’s what led to her co-founding the Winning Edge Leadership Academy:

The principle of paying it forward has led to many people giving back to society in the many ways they can. For Maria, she had been mentored so much it had impacted her personally, so why not mentor other people. She co-founded “The Winning Edge” and launched the first class in August 2015. It aims to level the playing field by bringing diversity and offering learning opportunities.