Max Homa: Who is This Promising Golfer? 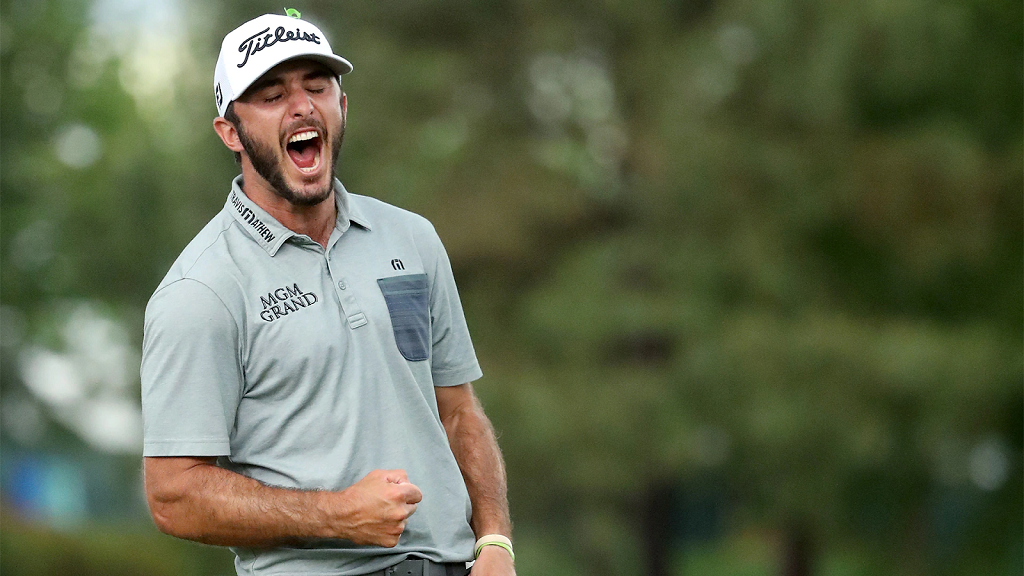 Max Homa is an American professional golfer who is well known for his strong performances on the US PGA Tour. He showed promise from a very young age and captured the individual 2013 NCAA Division I Men’s Golf Championship. He continued to be competitive in the pros as well, winning the 2019 Wells Fargo Championship and the 2021 Genesis Invitational. While he had to struggle a little during the early part of his pro career, he has emerged strongly in recent years. Let’s find out more about him.

Max Homa: All You Need to Know

When was Max Homa born?

How did Max Homa win his latest golf tournament?

We are not going to discover the golf player at this point. His masterful shot from the bunker on the 17th hole to make a birdie, the second shot on the 18th with all the pressure on his shoulders or the wonderful chip that he executes next to the trunk of a tree in the 10th in the middle of the tiebreaker and being against the ropes explain perfectly his talent, freshness and courage. Max Homa, at 30, is a great golfer who already has two victories on the PGA Tour (Wells Fargo 2019 and Genesis 2021) and who has entered the world’s top 50 for the first time.

All this is already well known by those who follow the PGA Tour with some continuity, what is not so well known is his personality off the ropes and the truth is that it surprises. Homa is a guy who gives a lot of play. Whoever follows him on social networks can attest to this. He unfolds before the media with a splendid naturalness. The anecdotes fall out of his pockets and he has a special art to tell them. He gave a show yesterday after winning the Genesis. Here we leave several chapters that perfectly summarize his way of being. He is fun, friendly and very interesting.

What did Tiger Woods say to Max Homa?

Homa saw a dream come true when he won the Genesis, the tournament that is played at his home, on his field. Something came true with which he did not even dare to imagine as a child. “If they told eight-year-old Max Homa that this was going to happen one day, he wouldn’t have believed it. I’ve spent my entire life dreaming that Tiger Woods would one day high-flush my hand when he came to play the tournament. I never did and yet today he is giving me the trophy. It’s surreal,” he explained. The host of the tournament congratulated him on the extraordinary way in which he overcame the putt of less than one meter that he missed on the last hole before the tiebreaker. Homa’s response was: ‘I didn’t know where to go. It was really embarrassing to miss that putt with Tiger Woods, the best athlete of all time, looking at the foot of the green. What a shame”.

What advice did Max Homa receive from his wife?

Homa admitted that one of the keys to this week and especially Sunday was advice from his wife. “We spoke in the morning before leaving and she told me to know how to forgive myself quickly on the field if I missed a shot. Normally the advice that my wife gives me is very simple and does not tend to be of much use in golf, but on other occasions, as easy as it is, it is very wise. So it was this time. I spoke to her after missing the putt and before going into the playoff and she reminded me. Forget about putting, forgive yourself because you’ve played very well all day. I quickly thought of the great putt he had made for a birdie on the 17th hole and left the 18th behind.

What is Max Homa’s mantra while playing?

“My caddy, my coach and I chose a mantra that we have been repeating ourselves all week. Position is better than perfection. It has been key,” he said. What that means is that Max Homa believes that in golf, it is more important to be well positioned, in the right place on the fairway or on the green than to hit the perfect shot.

What advice did Max Homa receive from Fred Couples?

Fred Couples is one of the kings of the Riviera. He has won the tournament and is an icon of the field. He has played practically every year. That is why a message from him has more value than others. On Sunday he sent one to Homa and said: “Solid golf wins at Riviera.” That is, take fairways, greens and get into the least possible problems. Homa finished 24 holes in a row without committing a bogey.

How did Max Homa describe his miracle chip shot?

Homa detracted from the chip in the tree in hole 10. “It may have looked more difficult from the outside than from there. The truth is that I saw it clearly from the beginning. I hit the 50 degree wedge, wrapped the ball as much as I could so that it came out very far to the left and very low and the truth is that it came out perfect. The blow was just as I thought it would be,” he explained. How easy it seems when magic tricks are explained and how difficult it is to do them right when you have all the pressure on you. That’s Max Homa, a guy who gives a lot of play.

Which putter did Max Homa use for his victory?

Max Homa became the first player to win with a NEW Scotty Cameron Phantom X 11.5 putter after putting the Tour prototype into play for the first time last week at Pebble Beach. Homa, who had used his trusty Futura T5W since the 2019 Waste Management Phoenix Open, finished ninth at Pebble and seventh at Riviera in Strokes Gained: Putting.

“I work a lot on the alignment on my putt and I feel that [the Phantom X 11.5] is very boxed, it is much easier to line up for me. I also like a milled material face. I feel like I have more feel when I am hitting the face of the putter. It is a better feedback for me. It was obvious when I did it, it wasn’t a science, it wasn’t fine above the green, so it was perfect timing. It’s easy to aim and the face feels a bit more like my older blade putters,” Homa explained.