Michelle Jenneke: The World’s Favourite Hurdler and Her Famous Warm Up Routine 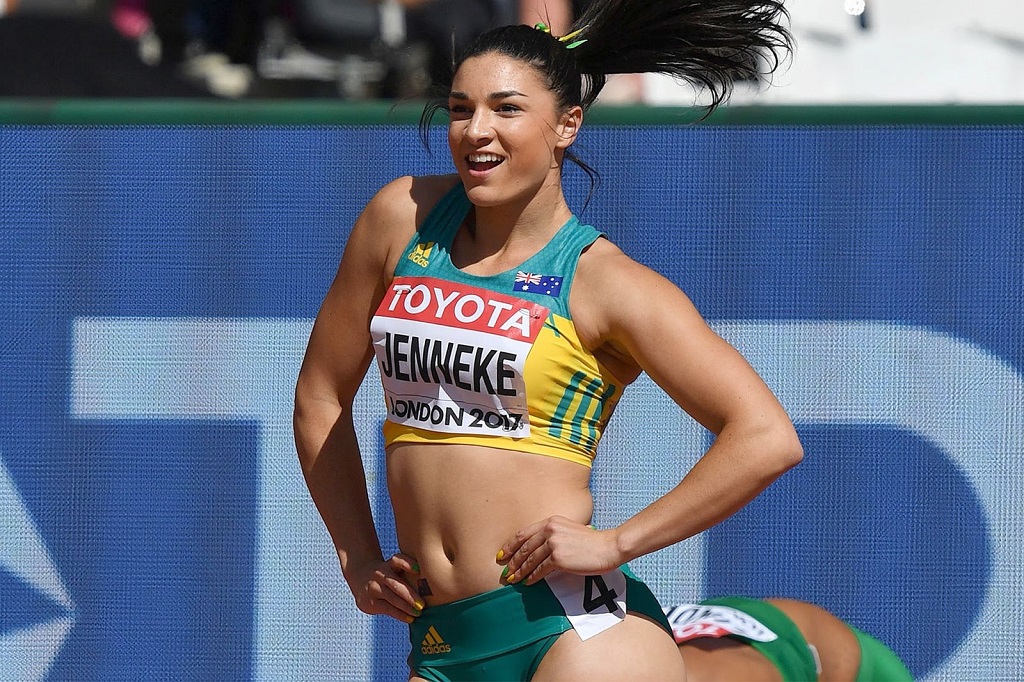 Michelle Jenneke is a very famous Australian hurdler and model. Michelle Jenneke has been a star since a very young age. She grabbed a silver medal for Australia in the 2010 Summer Youth Olympics in the 100 m hurdles event. She won another silver at the 2016 Australian Athletics Championships and qualified for the 2016 Rio Olympics and her fans couldn’t have been happier. After all, she had already become an internet sensation after a clip of her pre-race warm up dance routine went viral in 2012. As a result of that fame, Michelle Jenneke was even featured in the 2013 Sports Illustrated Swimsuit issue. Let’s find out more about her.

Michelle Jenneke: All You Need to Know

When was Michelle Jenneke born?

Where did Michelle Jenneke study?

Michelle Jenneke went to The Hills Grammar School. She is currently studying mechatronics at Sydney University, a combination of mechanical and electronic engineering. Aside from her studies and hurdling, Michelle Jenneke also enjoys Australian rules football, soccer, quad biking, climbing trees, and handball.

How tall is Michelle Jenneke?

When did Michelle Jenneke start training for athletics?

Michelle Jenneke has trained with coach Mick Zisti as a hurdler from the age of 10 at the Cherrybrook Athletics Club. She competed at the Canberra-hosted 2008 Pacific School Games in the 90 and 200 metres hurdles.

When did Michelle Jenneke win her first international event?

In March 2010, Jenneke finished first in the 100 m hurdles, breaking the national record in the women’s sprint medley relay at the 2010 Australian Junior Championships. She competed in the 2011 Pirtek Athletic Allstars event. In July of that year, she was on Australia’s team at the 2010 Singapore Youth Olympic Games, running the 100 m hurdles and the women’s medley relay. In the hurdles, she came second with a time of 13.46 and set a personal best after winning her heat, and the medley relay team came fourth. Her medal was the first Australia won at the Games in athletics.

On 15 July 2012, Jenneke finished fifth in the 2012 IAAF World Junior Championships 100 m hurdles. After the competition, a video of her 100 m hurdles taken during the heats race, was subsequently posted on a video-sharing site, raising her profile around the world.

She was selected as a member of Australia’s 2014 Commonwealth Games team. There Jenneke came fifth in the final with a time of 13.36 and was the youngest competitor. She is the second-fastest 100 metre hurdle woman in Australian history.

What is Michelle Jenneke’s personal best?

In March 2016, Jenneke represented Australia at the World Indoor Championships in Portland, Oregon and finished 10th. The next month she won the Australian National Championship 100 m hurdles final with a time of 12.93, qualifying her for the 2016 Summer Olympics in Rio de Janeiro. In August, Jenneke competed in the Olympics but was unable to get out of the heats, finishing in sixth with a time of 13.26. She would have needed a near personal best to qualify as the third qualifying time in her heat was 12.85. Australian head coach Craig Hilliard was critical of her performance.

In the Australian University Games at Perth Jenneke tried her hand at the 100 metres sprint, getting through to the final, and the long jump where she finished second with a distance of 5.61 metres and her own event the 110 metres hurdles, which she won with a time of 14.19 seconds.

In August 2017, Jenneke competed in her second World Championships and got through the heats to the semi-finals, finishing in 7th with a time of 13.250. She would have needed a near personal best to reach the final as the second qualifying time in her semi was 12.85. In the BBC’s montage of events (the moments of the games as BBC presenter Gabby Logan called it) on the games’ final evening Jenneke and her warm up jig was featured.

In April 2018, she represented Australia at the Commonwealth Games, finishing fourth at 13.07, after running a qualifying time of 12.99.

What is Michelle Jenneke’s Training Routine?

According to a 2018 interview with Heightline, she eats around six times a day and exercises five times a week. Her workouts include three track sessions and two gym sessions.

What is the Michelle Jenneke warm up?

Nothing has made Michelle Jenneke a bigger global superstar than her pre race warm up which came to the world’s attention during the 2012 World Junior Championships. Before talking more about it, let’s take a look at this amazing warm up routine.

Michelle Jenneke had been doing it for three years before that. She said that she started doing it because some music was playing during an event in 2009 and she has never stopped since. Michelle Jenneke has said that now it happens naturally. In July 2012 videos of Jenneke dancing during her pre-race warmup before the 100 m hurdles race at the 2012 World Junior Championships in Athletics in Barcelona went viral on YouTube. One clip received millions of views by the following week and was featured on the American late-night talk show, The Tonight Show.

When Did Michelle Jenneke Start Modelling?

Following her internet stardom in 2012, she was featured in the Sports Illustrated Swimsuit Issue the year after. Since then, she signed a personal endorsement deal with the German sportswear brand Puma in 2015 and was the face of the Coca-Cola brand in their 2016 Olympics campaign.

Jenneke acted in a short comedic video produced by the website The Chive titled Forever Alone Meets Michelle Jenneke, playing herself in a piece referencing her viral video. The video has received over 1 million views on YouTube so far.

Did Michelle Jenneke appear on the Sports Illustrated Swimsuit issue?

In the meantime, Michelle Jenneke also appeared tenth on AskMen.com’s 99 Most Desirable Women 2013 list as well. She also appeared on What’s Trending and did some of the internet’s most popular dance moves along with the hosts.

Does Michelle Jenneke have an app?

In 2014 Jenneke was featured in a video-heavy mobile computing app on stretching techniques called Stretch with Michelle Jenneke. The app provides 15 educational and fun videos designed to share Michelle’s secrets of how to maintain the flexibility which may assist in preventing afflictions such as back pain and muscle stiffness. Michelle demonstrates both simple and advanced techniques to stretch multiple body parts for all levels of users. The stretching techniques demonstrated are suitable for a variety of sports and activities, and Michelle also provides some helpful tips on how to prepare for competition.

In 2014, Michelle Jenneke appeared alongside Top Gear hosts Jeremy Clarkson and James May during the Top Gear Sydney Festival. She was a part of the “Which is faster, a Nissan GT-R or a Woman” challenge. Jeremy Clarkson was driving the 485 horsepower Nissan GT-R and the race involved racing to the 50 m board and racing back to the start line. The winner was the one who was the “least run over”. The GT-R won that race and Clarkson promptly drove away with Michelle Jenneke after the race, prompting James May to wonder if Clarkson had just made this challenge up so that he could see Michelle Jenneke’s famous warm up routine.

During the same festival, Jeremy Clarkson also raced against Michelle Jenneke in a “hurdles” race where he just drove his truck through the hurdles and managed to snatch victory at the finish line. But in the end, it was an event featuring Michelle Jenneke and fast cars, we all won!

Breaux Greer: 10 Interesting Facts About The Athlete You Never Knew