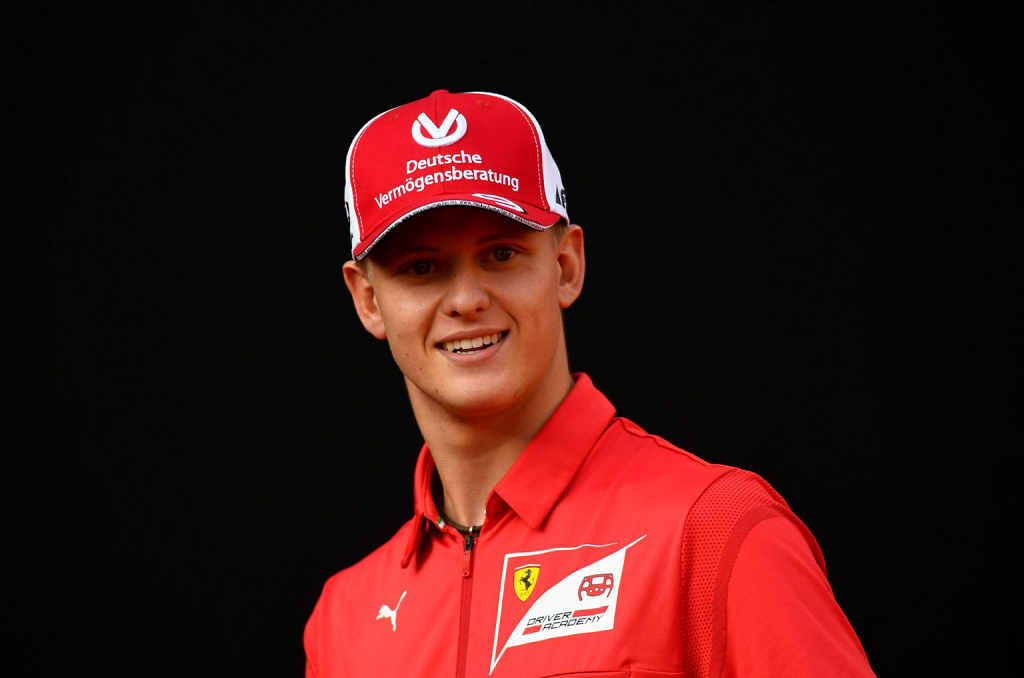 Even those who are not avid racing fans will forever recognize the legendary name, Michael Schumacher. With his father recognized as a legend in his field, Mick Schumacher’s German surname means he has always been the center of attention whenever he has been near the cockpit of a racing car. But let’s make one thing clear: the man is extremely gifted like his dad.

Popularly known for race driving, we believe it is worth knowing how Mick Schumacherevolved into becoming a legend himself. Here are some facts about his personal life that many find interesting:

Who Is Mick Schumacher?

He is the son of seven time Formula One world champion Michael Schumacher and professional race car driver who is known for having competed in the ADAC Formula 4 category. He placed in 3rd at the 2016-2017 MRF Challenge Formula 2000 race. In late 2016 he announced that he would compete in the European Formula 3 Championship in 2017.

His professional racing career began in 2008 and he originally used the alias Mick Betsch to avoid confusion with his father who was also a professional race car driver.

Following in the footsteps of his dad Mick Schumacher the nickname ‘Mini Schumi’. His destiny was told from an early age.  Mick Schumacher, who hails from a motorsport family background, saw himself naturally having the passion for kart driving early on, as a toddler.

He was born on the 22nd day of March 1999 to his mother, Corinna Schumacher and father, Michael Schumacher in Vufflens-le-Château, a municipality, located in the district of Morges, Switzerland.

Since birth, baby Mick was destined to be a great feat engineered by his legendary dad.

As the son of a former Formula One race legend, it was natural to see driving sports cars becoming his early hobby. As early as age three, he began displaying go-karts skills.

Moving on to age eight, Mick saw himself into national racing. At this point, he began experiencing a great push to become a Formula 1 driver. In order to avoid much attention, as the son of a celebrity, Mick Schumacher adopted his mother’s maiden name “Betsch.” As a result, little Mick trained and sharpened his skills as Mick Betsch.

Mick is the famous son to sporting parents(so not just his dad, his mother is special too!)  First, his mum, Corinna Schumacher is a former Western horse riding European champion. On the other hand, we all know his dad, Michael Schumacher is the record-breaking seven-time Formula One world champion. Did you know? The passion for motorsports has been central to every member of Mick’s household. Aside from his Dad being a Formula One world champion and mum, a sportsperson, there were his uncle and cousins too- who were also racing Drivers. Last but not least, Mick’s cousin, David Schumacher, is also a racing driver. Not forgetting his the Race Driver’s grandparents who are Elizabeth and Rolf Schumacher.

Growing up in a family with rich racing history, Mick observed he had fewer choices in his career path. To tell the truth, there was no way he was going to escape being a race driver as his daddy must have had a tremendous influence on him.

Today, the mother of Mick is referred to as a German animal rights activist and accomplished horse rider.

Mick Schumacher’s parents are German natives and his Dad is a native of Hürth in North Rhine-Westphalia in Germany. This is where we believe the race driver has his family roots. Thus we can conclude that Mick is German-Swiss judging by his ancestry and place of birth.

It would seem only natural for a son to want to follow in his father’s footsteps, especially when his father is the legendary Michael Schumacher. However, it has long been documented that Michael did everything in his power to discourage his son Mick from entering the car racing scene. Being a protective father and living through the nightmare of the dangers involved in the sport, Michael tried to keep Mick out of the scene, but ultimately Mick powered on and is heavily involved in Formula 1.

Lots of similarities seem to exist between the childhood life of Mick Schumacher and Max Verstappen. For Mick, he never traded his education. The Youngster hardly missed classes while in School unlike Max did. Both, however, were talented young chaps with dreams of being champions under the tutelage of their dads. As a child, Mick observed winning championships even while he focused on his education. With such a big dream at heart, Mick did the needful- which is, consistent training. At the age of nine, he enrolled as a Kart driver. By the time he was eleven, he knew he wanted to do Kart-drive. Professionally, this gave his starting career the utmost attention. Next, we saw him gradually growing up and following the steps of his super Dad- they even look the same!

He didn’t just begin winning as he did manage to place himself at 9th and 7th early on. A gradual rise came as he secured third place in the 2013 German Junior Kart Championship. Enrolling, in the International Junior Kart Championship, Mick finished second in the competition- a feat which showed another rise. At this stage, his performance drew the interest of the press. This was a time, Jenzer Motorsports asked Mick for a test drive of one of their supercars. At this time, he saw himself gradually fitting into the shoes of his Legendary Dad.

In 2015, Van Amersfoort Racing signed Mick to race for the formula class for the very first time during his career. Following shortly in 2016, he competed in the upper Formula 2000 class and finished the series in 3rd place. However, in 2018, Mick ended the FIA Formula 3 European season as champion, 57 points clear of 2nd-placed Ticktum. At this point, it became clear he was going to make it big in no time.

Having been announced as a driver for Ferrari Driver Academy on 19 January 2019, he moved up to the FIA Formula 2 Championship. Again, and gradually, he began getting closer to his father’s zone and this didn’t go without wins.

On 2 April 2019, Mick Schumacher finally made his debut behind the wheel of a modern Formula One car- piloting Scuderia Ferrari’s SF90. He recorded a personal best time of 1:32.552 from 30 laps. A feat like this did place him as sixth fastest amongst other drivers.

Despite his young age and relatively still growing successful career, his net worth- around $5 million dollars does look impressive.

In 2014, at the age of 15, Mick had a terrifying ‘100mph crash’ while practising on the Lausitzring speedway track in Brandenburg, Germany. This came just days after starting his F4 career. Thankfully, the crash didn’t see an end to his career.

Just like his Legendary Dad, Mick is also a Catholic who follows the same teachings. Once in 2015, his father spoke of his emotional meeting with Pope John Paul II. As reported by the Express, friends of his family do go on pilgrimage to the Catholic shrine of Lourdes to pray for the recovery of his dad.

Though not there yet, the German Racing Driver is surely living his family legacy. Hopefully in no time, he will eclipse his dad. The rest, as we say, is history.