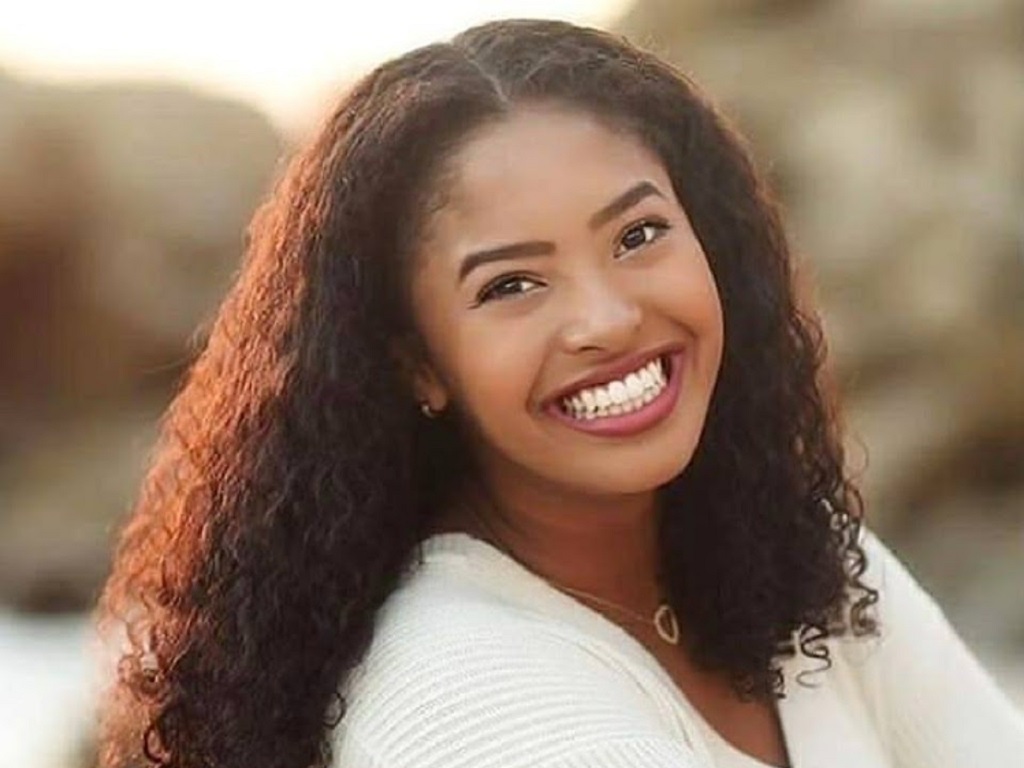 Natalia Diamante Bryant is the eldest daughter of deceased NBA legend Kobe Bryant. She is also a Volleyball player who went to Sage Hill High School in Los Angeles, California. As a Volleyball player, she plays the position of senior middle hitter. Her skills on the Volleyball court have repeatedly drawn the attention of national media, and it’s not only because of her legendary surname. Let’s find a little more about her.

Who is Natalie Diamante Bryant’s Father?

Even though Natalie Diamante Bryant’s father was one of the greatest basketball players of all time, she didn’t pick up basketball and preferred volleyball instead. Starting in her freshman season, Bryant played volleyball for Sage Hill at the middle hitter position. Her highlight videos immediately helped her gain popularity on the Internet and appeared in The Washington Post. Bryant saw significant improvement as a sophomore and helped her team win their second straight title. She also plays club volleyball at the Mamba Sports Academy.

Did Pau Gasol Meet Natalia Diamante Bryant and her sisters?

Two-time NBA champion Pau Gasol showed that he will still be around for Kobe Bryant’s family after the tragic death of his former LA Lakers teammate earlier this year. On his 40th birthday, Pau Gasol visited Kobe’s wife Vanessa Bryant and spent some quality time with the late NBA star’s daughters Natalia Diamante, Bianka Bella, and Capri Kobe. Kobe Bryant and his second daughter Gianna passed away on January 26, 2020, in a helicopter crash in Calabasas, California.

What is Natalia Diamante Bryant’s Net Worth?

While she doesn’t earn any money by herself, she is the inheritor of her father’s $600 million fortune.

How tall is Natalia Diamante Bryant?

Nataila Diamante Bryant is 5’10”. Her height helps with her volleyball game.

How were Pau Gasol and Kobe Bryant as teammates?

Kobe Bryant and Pau Gasol played together for the Lakers from 2008 till 2014 and won two back-to-back NBA titles together in 2009 and 2010 while donning the Purple and Gold in Los Angeles. Kobe Bryant stood by Pau Gasol and vigorously defended the Spaniard during their stint together with the Western Conference giants. Bryant also advocated for Pau Gasol to get his jersey retired by the LA Lakers. The 40-year-old Gasol last played for the Milwaukee Bucks in 2019 but has found it tough to stay with an NBA team due to a recurring foot injury.

How did Kobe Bryant die?

Kobe Bryant tragically passed away in a helicopter crash on January 26th, 2020. All nine people on board, including Kobe Bryant’s second daughter, 13 year old Gianna Bryant were killed in the crash. The helicopter was flying in the morning with very little visibility. The helicopter crashed into a mountain and everyone onboard perished. Autopsy reports revealed that the passengers died as a result of blunt force trauma. Natalia Diamante Bryant’s father, Kobe Bryant was 41 years old at his time of death. He had retired from the NBA in 2016 and he had won an Oscar for his short film Dear Basketball as well. He was enshrined in the Naismith Memorial Basketball Hall Of Fame as a part of the illustrious 2020 class which included legends like Tim Duncan and Kevin Garnett.