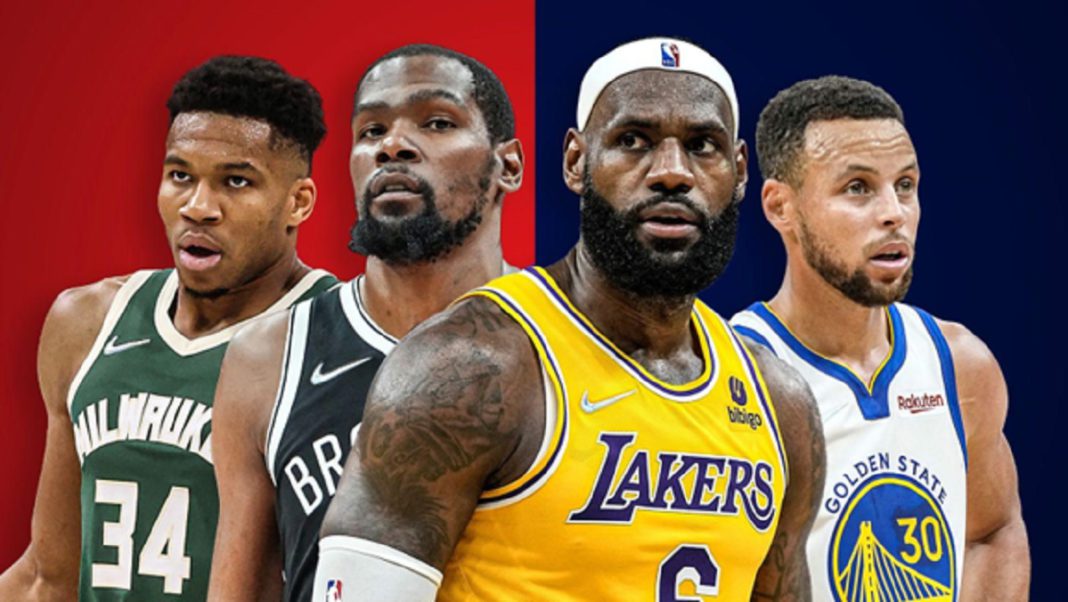 The Golden State Warriors and the Boston Celtics are the two last teams to remain standing in the NBA this season, as both will compete in the 2022 NBA Finals for the Larry O’Brien Trophy that is awarded to the organization that wins.

Undoubtedly, fans will be able to witness an incredible best-of-seven series between these two sides, with both of these teams being amongst the oldest in the sport to exist, as well as the fact that they have a storied past and rivalry.

So, without further ado, let’s get into what will be expected to be an awesome 2022 NBA Finals, and take a look at what we could potentially end up seeing when the Warriors and the Celtics go head-to-head on the basketball court once again this season.

The Golden State Warriors had managed to get the first win between the two sides on December 17, when they were able to pick off the Celtics in Massachusetts with a 111-107 victory. However, on March 16, the Celtics returned from San Francisco with the win after recording a 110-88 victory;  a game that did see Steph Curry have to leave early because of injury. Nonetheless, the East’s No. 2 ranked side still had to get the job done and they did.

Now, with a best-of-seven series set to take place, there will be a number of intriguing matches taking place between these two organizations, with each of them having all of the ingredients to be instant classics when they are played.

What is the 2022 NBA Finals schedule?

Indeed, given the relaxation of laws and the introduction of regulations, legal sports betting is now possible in a number of different states up and down the country, with punters now able to place a wager on the action that unfolds on the court.

With this in mind, many will likely be looking to complement their entire basketball viewing experiences even further, as they may look to stake wagers on what may happen, whilst also perhaps having friendly competitions with friends, family, and co-workers.

Naturally, given how big the NBA is and how many people follow the sport in the country, it would not be a surprise to see millions of Americans tuning in once the 2022 NBA Finals schedule is underway. For those unaware, here is that schedule:

How did the Warriors and Celtics get here?

Of course, those that have followed the action as much as possible will already likely know, although it is certainly worth recapping for those who may not have been heavily invested in the competition and will only look to tune in because it is the NBA Finals.

The Golden State Warriors are the No. 3 ranked Western Conference team and they had managed to book their place in the showpiece by being able to defeat the Denver Nuggets (4-1), the Memphis Grizzlies (4-2), and the Dallas Mavericks (4-1).

The Boston Celtics are ranked No. 2 in the Eastern Conference and have managed to defeat the Brooklyn Nets (4-0), the Milwaukee Bucks (4-3), and the Miami Heat (4-3) during the postseason to reach the pinnacle of this year’s sports competition.

The stage is SET.

What are our predictions for the upcoming NBA 2022 Finals?

Naturally, it would be very easy to sit on the fence in regard to making a prediction about who will win the Larry O’Brien Trophy this season, especially as both teams have managed to record a victory each against each other.

Remember, those victories came as the road team, which would perhaps suit the Celtics if this trend were to continue given the schedule that has been formalized. The Celtics would win in Game 7 4-3, which would undoubtedly leave fans extremely happy that the NBA Finals went the distance.

However, we all know sports do not necessarily work like that and we could ultimately see a 4-0 clean sweep. Literally, anything can happen, which is why so many fans love sports.

With the Golden State Warriors having experienced a two-year hiatus from the NBA playoffs, the No. 1 ranked offense will want to ensure that they are able to win the title once again.

However, the Boston Celtics will want to make sure they add the Larry O’Brien Trophy to their list of honors once again after reaching their first Finals since 2010. Additionally, with the possibility of going past the Los Angeles Lakers as the most successful team in NBA history if they win, the Celtics will want to make sure they are able to capture its 18th title, rather than allow GSW the opportunity to win its fourth championship since 2015.

Our prediction? We are going to sit on the fence…