Nicholas Walters: Life and Career of the Jamaican-Panamanian Pugilist 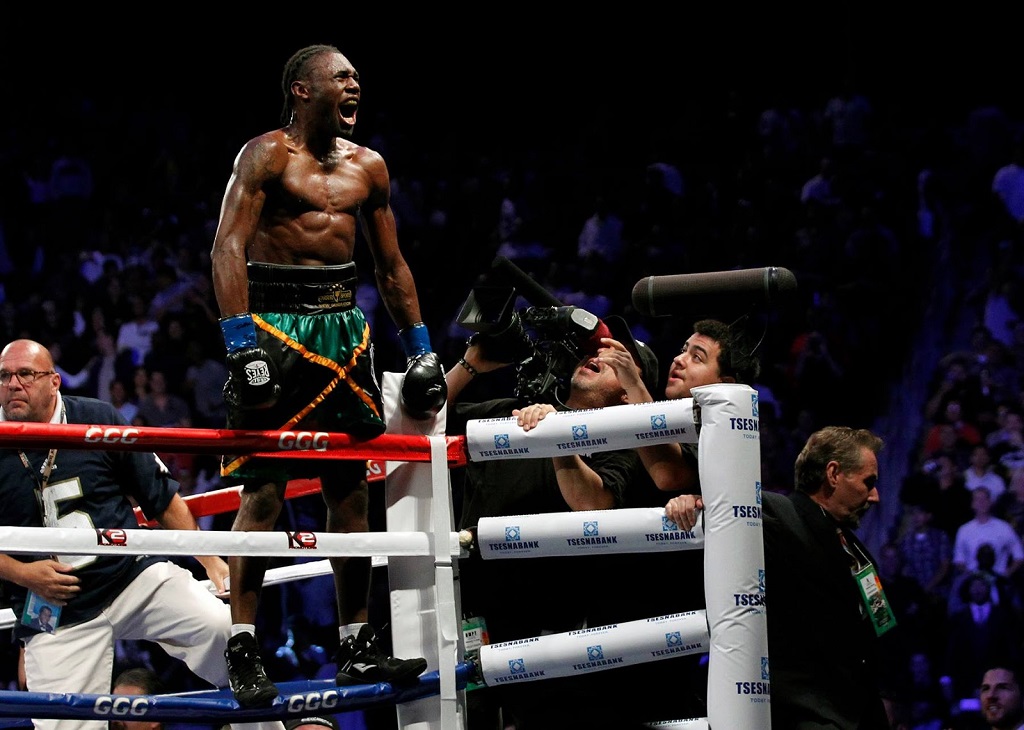 Nicholas Walters is a famous professional boxer of Jamaican-Panamanian origin. Nicholas Walters held the WBA featherweight title between 2012 and 2015. He also challenged unsuccessfully for the WBO Junior Lightweight title in 2016. Let’s find out more about this powerful pugilist.

When was Nicholas Walters born?

What is Nicholas Walters’ nickname?

Nicholas Walters has the nickname of “The Axe Man”.

Nicholas Walters won the WBA Fedelatin title in 2009. He went on to defend it on four separate occasions. Nicholas Walters won the vacant WBA (Regular) World Featherweight title on 8 December 2012, against Colombian Daulis Prescott during the annual KO Drugs Festival in Jamaica, via seventh round knockout. Making good on his prediction of a knockout in either the 5th or 6th round, Walters defeated Nonito Donaire on 18 October 2014, by technical knockout in the 6th round to capture the WBA World Featherweight Championship. He was promoted to Super Champion status in February 2015.

He originally weighed in at 127.4 pounds for the fight against Miguel Marriaga, who weighed in at 125.2 pounds. Walters was given 2 hours to drop to at least 126 pounds, the maximum limit of the Featherweight division. Walters did not succeed, being able only to drop to 127 pounds. Thus, he was stripped of the title. Even though he defeated Marriaga, he did not win the title back, which still remains vacant.

He then moved to 130lbs, where he was held to a draw by fellow former champion, Jason Sosa. Despite the draw, most analysts and observers believed that Walters had won a decisive victory and he was unfairly awarded a draw. Walters remained inactive for a year following this fight, before taking on Vasyl Lomachenko. A fight against someone like Lomachenko isn’t good for most boxers in the world. As expected, the Ukrainian maestro demolished Walters. Walters retired on his stool at the end of the sixth round.

When is Nicholas Walters coming back?

President of the Jamaica Boxing Board (JBB) Stephen ‘Bomber’ Jones said that he is expecting former WBA World Featherweight champion Nicholas ‘Axeman’ Walters to make a return to the ring in 2020, after a three-year absence. Jones noted that the hard-hitting Jamaican’s return would provide a major lift for the sport in Jamaica and would also be welcomed globally, given his success in the ring. The 33-year-old Walters’ last fight was in November 2016, a technical knockout loss to Ukrainian Vasyl Lomachenko for the WBO World Junior Lightweight championship, when the Jamaican quit in the sixth round.

He was then scheduled to face Mexico’s Arturo Santos Reyes in August 2017, but had to cancel that bout because he had the flu.

Jones said that he has been in contact with Walters in recent times and that the veteran boxer has expressed his intention to return to the ring.

“The last conversation that I had with him (Walters) a few months ago, he was fully committed to coming back into the fighting game,” said Jones.

“His mind was right and he just had to get himself back into fighting shape, and not only just to make the weight, but make sure that his fitness is at a high level,” Jones continued.

“I am not sure how far he is in that (training) regard, but I am encouraged … because being not just fan, I think he was one of the most incredible talents and enough time has past and his coming back would have to be anytime now,” Jones said.

He underlined that Walters, who currently resides in Panama, has proven himself to be one of the best boxers in the world whenever he steps into the ring, and he noted that his return would be a significant boost for the sport in Jamaica. Jones went on to add: “I think that (would) be a major boost for boxing in Jamaica because Nicholas Walters is still a tremendous name in boxing. I think it will also be a major boost for boxing worldwide because he was a world champion and he fought some incredible opponents and he had some incredible wins.”

“I think a fully trained Nicholas Walters coming back would be great for the sport, and it would be definitely be good for Jamaica, because he has been a great ambassador for us in boxing,” Jones signed off.

All Nichols Walters fans can be optimistic about their favourite fighter’s return soon now. Here are some of the highlights of Nicholas Walters’ career: