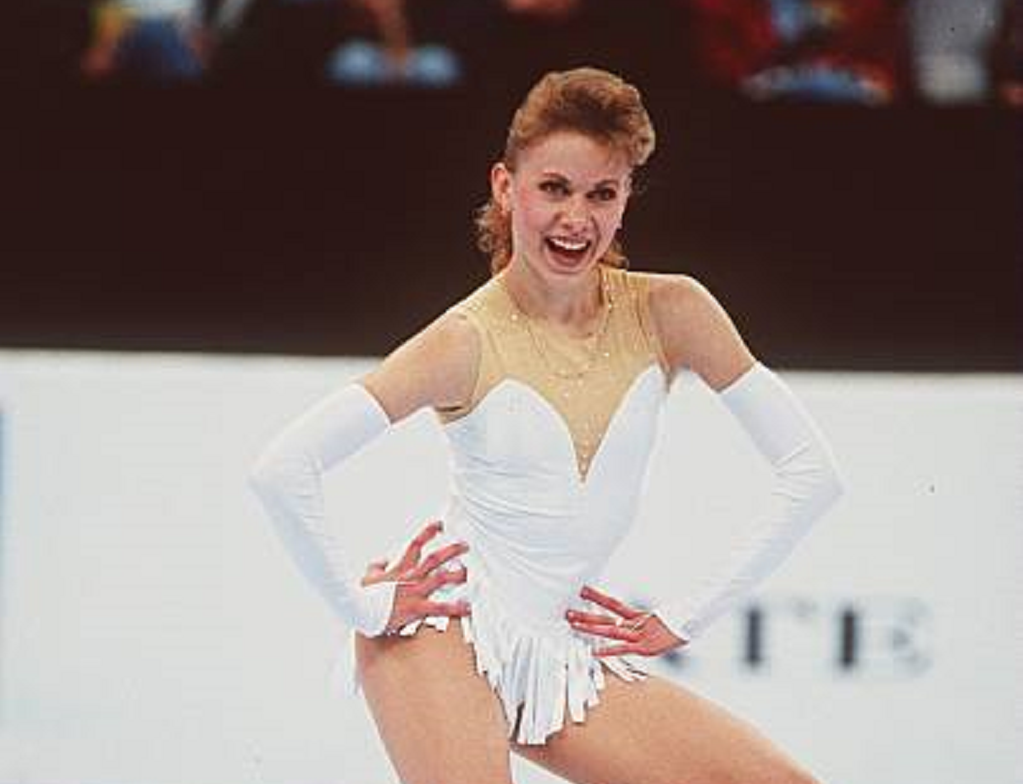 Oksana Baiul made a name for herself despite all the hardships she went through even before winning the 1993 World champion and the 1994 Olympic champion in ladies’ singles. Here are some things you never knew about the figure skater:

12 Facts About The Personal, Tragic Life of Oksana Baiul

1. No one knew how to say her name in the beginning:

Oksana Bayul, or Baiul was born in central Ukraine S. S. R. on Nov. 16, 1977. (Europeans render her name the first way, and Americans use the second spelling. The difference in results from transcription from the Cyrillic alphabet. A paperwork error had her birthday listed as Feb. 26, 1977 before her world title.)

2. Her first fourteen years were filled with tragedy and heartbreak:

Oksana Baiul was born on November 16, 1977 in Dnipropetrovsk, Ukrainian SSR, Soviet Union, an industrial city famous for manufacturing Soviet missiles. Her parents were separated when she was two years old. One day when she was two, her father abandoned the family and disappeared. No one is certain whether Sergei Baiul deserted his family or was pressured to leave town when he and his wife divorced.

Oksana was brought up by her mother, Marina—a French teacher—and her maternal grandparents. Soon her grandfather died in 1987, her grandmother in 1988, and in 1991 her mother, who had previously been very healthy, died suddenly of ovarian cancer at age 36 in 1991. Her father, Sergei, appeared at her mother’s funeral but Oksana wanted nothing to do with him.

After the funeral, Oksana went onto the ice. “She was just out there gliding and crying, crying and gliding,” her first coach reported. Her grandmother died in 1992. Through all the turmoil, she kept on skating.

3. She was too chubby to pursue ballet:

As a child, Oksana dreamed of becoming a ballet dancer; not an unusual dream for a girl in the country that was home to the Bolshoi and Baryshnikov. However, the story goes that Oksana was a chubby girl, not at all like the quintessential, svelte ballerina. Her grandfather got the idea that skating would be good exercise to trim her down, and he got her first pair of skates at age three in Dnipropetrovsk.

As she trained, her mother shouldered Baiul’s training expenses, paying for lessons, costumes, and equipment.

4. Fellow skater, Viktor Petrenko, would change the course of her young life:

By the age of five, Baiul coached under Stanislav Korytek, one of the finest Ukrainian coaches until he was offered a coaching job in Toronto. Ontario, Canada in March 1992 which was one year after Oksana’s mother’s death.  – he accepted leaving the tumultuous, bankrupt former Soviet Republic and Oksana as well.

For a while, Oksana slept on a cot in her practice rink. It was then that Viktor Petrenko, a fellow Ukrainian skater came to the rescue. Petrenko had won: a bronze medal for the Soviet Union at the 1988 Olympic Games, a gold medal for the Unified Team of the CIS at the 1992 Olympic Games (the first skater from the Former Soviet Union to do so in singles), and a world title also in 1992.

Petrenko suggested that his own coach and mother-in-law, Galina Y. Zmievskaya take charge of the orphaned skater. And so with Petrenko taking care of the bills for skates and outfits, Oksana moved from Dnepropetrovsk into Zmievskaya’s home in Odessa welcoming her into a circle of elite skaters, and provided her shelter in her family’s cramped, grim, three-room apartment in Odessa.

She shared a small room with one of Zmievskaya’s daughters, where she kept pictures of the Virgin Mary, but none of her mother. She asserted that she did not need them. “My mother will never leave me. We’re together. She will always stay in my heart,” Oksana told Time magazine in 1994.

This caused her to have trouble with some of the landings for her jumps. As a result, Szewczenko beat her in the Nation’s Cup in the Autumn of ’93, and Bonaly won her fourth European title. Oksana finished second in both competitions. The only major title that she won in the 93-94 season was at Skate America.

6. Whether she knew it or not at that time, she was adding to the history of Ukraine:

In January 1993 Oksana skated to a silver medal in the European Championships held in Helsinki, Finland. Surya Bonaly, who was favored that year to win the world title in Prague, Czech Republic was edged out by Oksana, who clinched the gold with superior artistic scores. She charmed all by gliding, smiling, skipping and crying her way to the podium.

Despite the close scores between Oksana and Bonaly, and a second place finish in the technical program behind Nancy Kerrigan, the Sunday Times proclaimed Oksana enthusiastically: “Saucy Showgirl runs rings round Bonaly.”

The judges gave her scores ranging from 5.6 to 5.9. Bonaly was strong and courageous, landing seven triple jumps, but had inferior artistic scores. Kerrigan’s long program was a disaster, and she finished in ninth place, far from a medal. China’s Chen Lu won the bronze. Oksana would have been the first woman from the Soviet Union to win a world title in singles, but she became instead the first woman from the newly independent Ukraine to do so. She was the youngest world champion since Sonja Henie won the first of her ten world titles in 1927.

7. She got arrested only three years after winning the gold medal:

In January 1997 Oksana Baiul was arrested for driving under the influence of alcohol after crashing her car into a tree in Bloomfield, Connecticut. The charges were dropped after she met the terms of probation and completed an alcohol education program. Her drinking continued, however, and in May 1997 she entered an alcohol rehabilitation program for two and a half months. In a 2004 interview, Baiul said she had been sober for six years, saying “This is more important than Olympic gold.”

Baiul claimed it was her to tour the United States following the Olympics, where her later drinking problems took roots, saying: “Except myself, nearly all the figure skaters on the bus were grown-ups, and it was full of alcohol. Most of the skaters were Russians and Americans, and they all drank. That’s when I tried it. I was very young, with no one to teach me the right. I thought it was the norm, cause as a teenager you don’t want to break away from the majority”.

8. She identifies as Jewish though raised Christian:

Oksana Baiul was raised as a Russian Orthodox Christian but had always heard that her grandmother was Jewish. In 2003, she phoned her old rink in Dnipropetrovsk to ask for assistance in locating her father—assuming it was a joke, they hung up twice but eventually, Baiul managed to convince them of her identity and the rink manager helped her reunite with her father in September 2003. Her father confirmed that the rumor was true—her Romanian maternal grandmother was Jewish. Oksana Baiul considers herself Jewish and in 2005, she said, “Being Jewish, that feels good. It feels natural, like a second skin”.

10. Hollywood mentions her a lot:

11. She was involved in bitter legal battles:

In November 2011, her manager and future husband, Carlo Farina, discovered accounting and collection discrepancies at William Morris Endeavor. After collecting $9.5 million from the company, Baiul filed a lawsuit in November 2012 in Los Angeles for an additional $1 million in compensatory damages and more in punitive damages.

In January 2015, Oksana publicly accused her former coach Galina Zmievskaya, Viktor Petrenko and their manager Joseph Lemire of fraud stating they ‘have been stealing money’ from her for more than a decade.

She also accused Lemire of fraudulent attempts to represent her in multiple court proceedings in Ukraine against the state, concerning various assets.