Omos WWE: Short Bio and Juicy Trivia On The Nigerian! 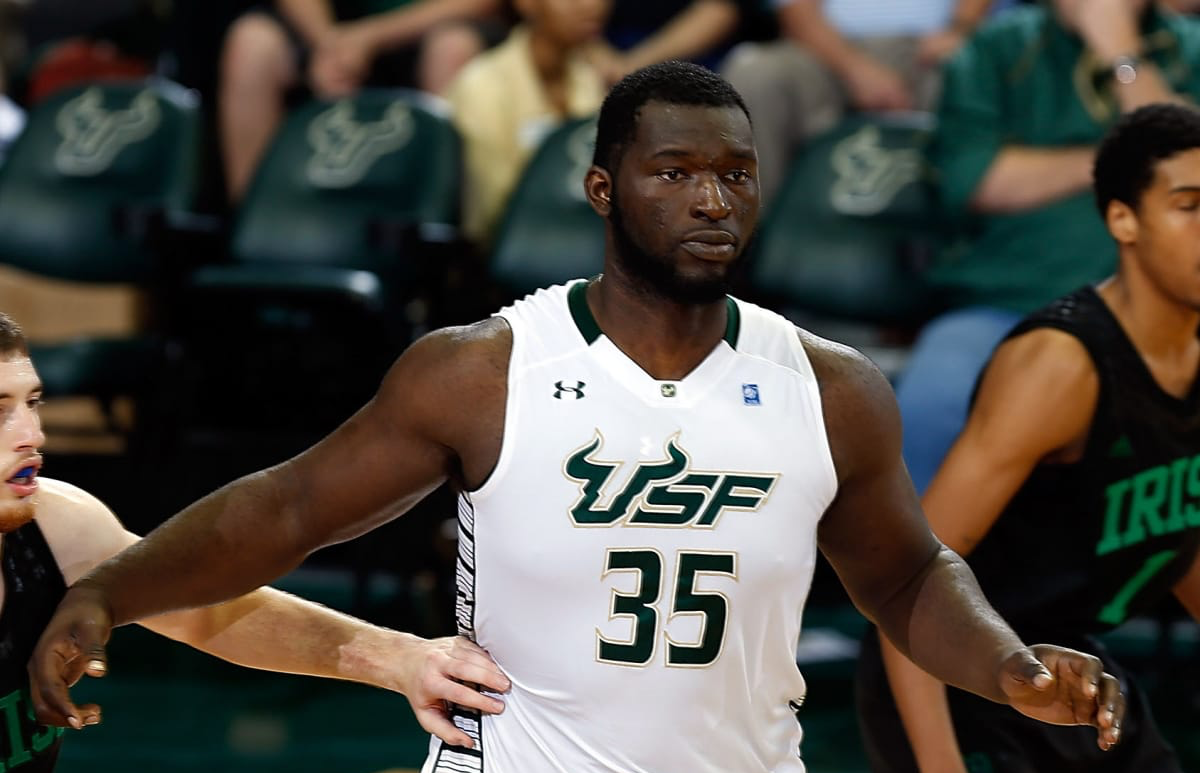 WWE decided to change the name of AJ Styles bodyguard Jordan Omogbehin to start calling him ” Omos “. At the pay-per-view Survivor Series event, the commentators announced Omos WWE and everything would indicate that Omogbehin himself recommended that they start calling him Omos, since long before entering the main NXT roster he used the nickname “The Giant Omos” on his social networks. But if someone was to ask you what do you know about Omos WWE, would you be able to answer? Hopefully this blog will help.

Omos WWE: A Look At How A Basketball Pro Ended Up In The WWE

Who is Omos WWE?

The WWE says that he is 220 cm (7 ft 3 in) tall and weighs 181 kg (400 lb). His real name is Tolulope Jordan Omogbehin. It was revealed that he entered professional wrestling in 2013. It is said that he had previously been active as a basketball player. Finishes are used as Argentine Neck Breaker, Brainbuster, Pearling Power Slam, Jackknife PowerBomb (Sheer Drop Release Power Bomb), Two-handed Chokeslam, and Fireman’s Carry FaceBuster. The man also uses big brushes, body slams, corner back elbows, and often backbreakers. He often does iron claws and we can’t leave out the nerve hold. On June 15, 2020, there was a time when he appeared as a big ninja in WWE Raw.

Jordan Omogbehin, when he was 26, was recruited to the Performance Center on October 18, 2018 alongside personalities currently recognized in WWE such as Humberto Carrillo, Chelsea Green, Matt Riddle, Mia Yim and Damian Priest. He made his NXT debut in 2019 and became one of the most imposing fighters in NXT history at 132 kilos and 2.21 meters tall. Earlier this year, he began working on Monday Night Raw, being part of Akira Tozawa’s group of ninjas.

He then served as the bodyguard for Raw Underground, having brief interactions with Shane McMahon. On the October 19 episode, AJ Styles introduced the public to his new personal bodyguard, who several times obeyed orders from “The Phenomenal One.”

He played pro basketball before:

Standing at 220 cm (7 ft 3 in) tall Jordan Omogbehin was a former Division-I basketball player, who made his debut with the WWE company at an NXT house show in Lakeland, Florida in 2019.

Although he entered professional wrestling in 2013, he had previously been active as a basketball player who began his college basketball career at USF, where he scored 19 points in 33 games over two seasons. Jordan Omogbehin was then transferred to Morgan State as a graduate student to play his final college season, recording four points and eight rebounds in 10 games during the 2014–15 season.

The WrestleVotes Twitter account informed that WWE seriously considered the idea of   separating the two wrestlers during the Draft, to the point that it was even the plan. On the other hand, if it didn’t happen, it was because important people, including a RAW lead wrestler, let it be known that Omos was not yet ready to go solo just yet.

AJ Styles and Omos therefore, stayed together at the time of the Draft and are still at RAW. However, a separation could happen at any time.

AJ Styles’ bodyguard is called Omos because of this reason:

WWE likes to give their talented wrestlers names that sound close to or similar to their character. So is there a reason the 7 ′ 3 ″ Nigerian was named “Omos”?

AJ Styles’ new associate in WWE was not given a name for a long time. When Matt Riddle called him “Omos”, that changed and it became a name that stuck, and they continued to refer to the giant man as Omos.

His real name is Jordan Omogbehin but “Omos” on WWE television, might come from

According to them, souls, which is pronounced much like Omos, is a creature or deity that is said to inhabit the Caucasus and Pamir Mountains of central Asia, as well as the Altai Mountains in western Mongolia.

It is also notable that the common traditions of Darkhad consist of the deity Almas Khara Tenguer, which relates to ‘Souls the Black God’. The Souls have been compared to the Yeti or Bigfoot, where they are huge creatures, but their existence has not yet materialized. tried.

There is still an ongoing search for the souls, as recently as 2014 when samples of hair believed to have belonged to a soul were studied, but found to be from a brown bear.