Sam Maxwell: Everything To Know About The 14 Sec Clutch Boxer 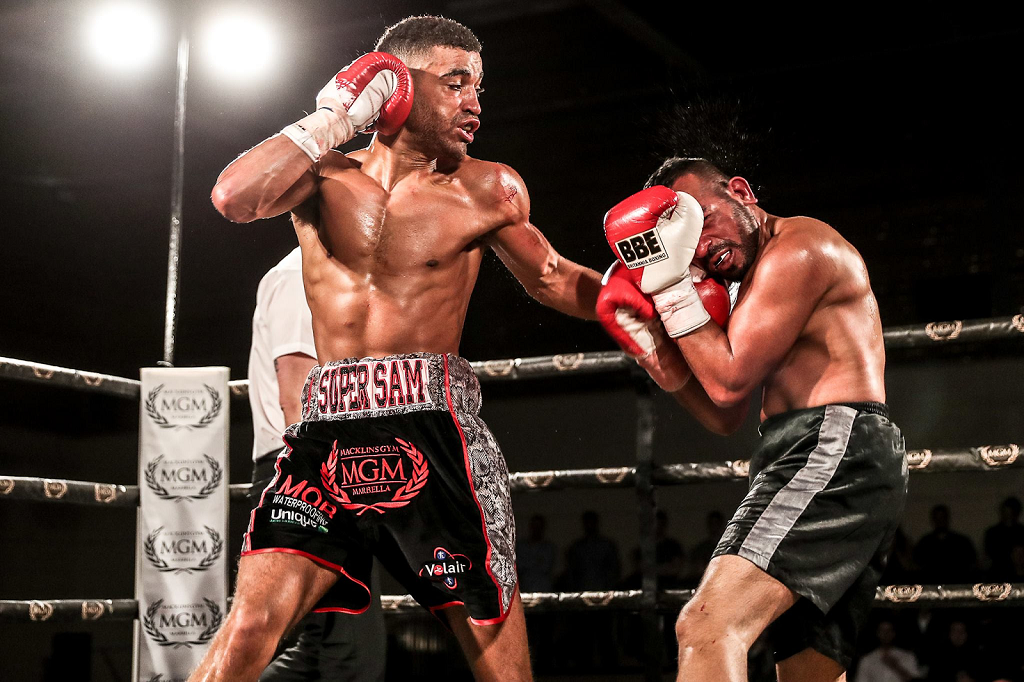 Sam Maxwell (born 17 October 1988) is an English professional boxer who has held the WBO European junior-welterweight title (at age 30) since 2019. He also competed for England in the light welterweight category at the 2014 Commonwealth Games where he won a bronze medal. One of the most incredible facts about Sam Maxwell is his boxing records which show 14 wins out of 14 fighting bouts out of which he also boasts 11 knockouts!

In this article, we take a look at his life through some facts, his amateur career, his professional career and personal life.

Sam Maxwell started boxing aged 11 at the local Higher Side gym, and went on to join the Solly amateur gym in Liverpool going on to win the ABA Championships.

He represented Great Britain from 2012 to 2016 and competed for the British Lionhearts squad at the 2015 World Series of Boxing competition (WSB).

He won a bronze at the 2014 Commonwealth Games and finished his amateur career in 2016.

Sam Maxwell made his professional debut on 7 October 2016, scoring a four-round points decision (PTS) victory over Ibrar Riyaz at the Greenbanks Sports Academy in Liverpool.

After compiling a record of 10–0 (8 KOs) he faced Sabri Sediri for the vacant WBO European light-welterweight title on 23 March 2019. The  fight was held at the Morningside Arena Leicester in England. After being knocked down twice, Maxwell was losing the fight going into the tenth and final round. In the final minute of the contest 25 year old French contestant Sediri began showboating, dancing around the ring with his hands down by his side.

With less than 15 seconds to go and his opponent still neglecting his defence, Maxwell landed a solid right hand to leave Sediri sprawled out on the canvas. He was able to get back to his feet before the referee’s count of ten but immediately stumbled on unsteady legs, prompting the referee to call a halt to the contest with seconds left in the round, awarding  Sam Maxwell a tenth-round technical knockout (TKO) and the WBO European title.

The TKO victory gave Sam Maxwell the title and, probably, a whole lot of satisfaction as seen through his reaction on Twitter sharing the video of the final blow, asking, “Are you not entertained?”

After a second-round knockout (KO) win over Oscar Amador in a six-round non-title fight in July, Sam Maxwell retained his title against Connor Parker with a seventh-round TKO in November 2019.

The 31-year-old, who in March became a YouTube sensation thanks to his back from the brink knockout win against Sabri Sediri, utilised his advantages in power and strength to stop Parker who was game throughout.

Having won global recognition for his stunning late knockout of Sabri Sediri in Leicester back in March, Maxwell was keen to avoid the early-fight mistakes that cost him knockdowns in that bout and show everyone his true class.

Maxwell said: “I don’t feel any pressure to live up to the drama of that famous night in Leicester. I’ve just got to show everyone my ability. He’s a top opponent and I believe he’s going to bring the best out of me.

Maxwell, ranked 14 with the WBO, showed good composure early on and the 2014 Commonwealth Games medallist imposed his will straight off the bat against his 24-year-old opponent who was fighting in just his second ten-round contest.

“I think I’ll be too physical, too experienced, too fast, too smart for Parker. It’s all very well saying it but it’s about fight night now. I have to get it right and make it all come together on the night.

“The best me beats the best him so it’s about focusing on being the best me. My management team has told me I’ve got a big 2020 lined up and the only way to guarantee that is beating Parker on Saturday. I’ve got to get through him and look good doing it.

“I’ve had a good year in terms of exposure but next year, I want to be in great fights and get a good ranking.”

A good ranking he did indeed receive. A left hook from Maxwell in the second frame was a sign of the heavy hands the champion would carry in this fight, forcing Parker to retreat. It was a good blend of hard hitting, and the boxing abilities that Maxwell sometimes neglects, in a fight he was fully expected to win.

Parker’s effort was admirable and took advantage of any success he could get particularly when Maxwell momentarily switched off allowing himself to be caught proving that the challenger didn’t look completely out of his depth.

A three punch combination in the fourth chin checked Maxwell but he responded in kind by whacking away at Parker’s pale body. Parker would try to use his movement to his advantage but sometimes too much of it was resulting in him being tagged flush rather than the other way round.

Parker began to force matters in the fifth, trying to make it more of a scrap than a fight that Maxwell could dictate. Parker was caught hard with a meaty right hand which put him off balance. It proved to be Parker’s best round forcing Maxwell to trade with him, meeting everything that was thrown back at him with his best work. This prompted Maxwell’s trainer Danny Vaughan to tell him, “I don’t want any more of that” as his fighter sat down at the end of the fifth.

A straight left hand in the seventh gave Parker some hope but a clubbing left of Maxwell’s own began a hefty assault that was too much for the brave Parker to withstand. With his head being snapped back, and looking tired, referee Howard Foster rightly jumped in to end matters with just fifteen seconds remaining in the round.

Sam Maxwell moved to Prescot, Knowsley in 1997 following the unexpected death of his father.