Taylor Rooks: Interesting Facts About The Reporter Who Is Inside The NBA Bubble! 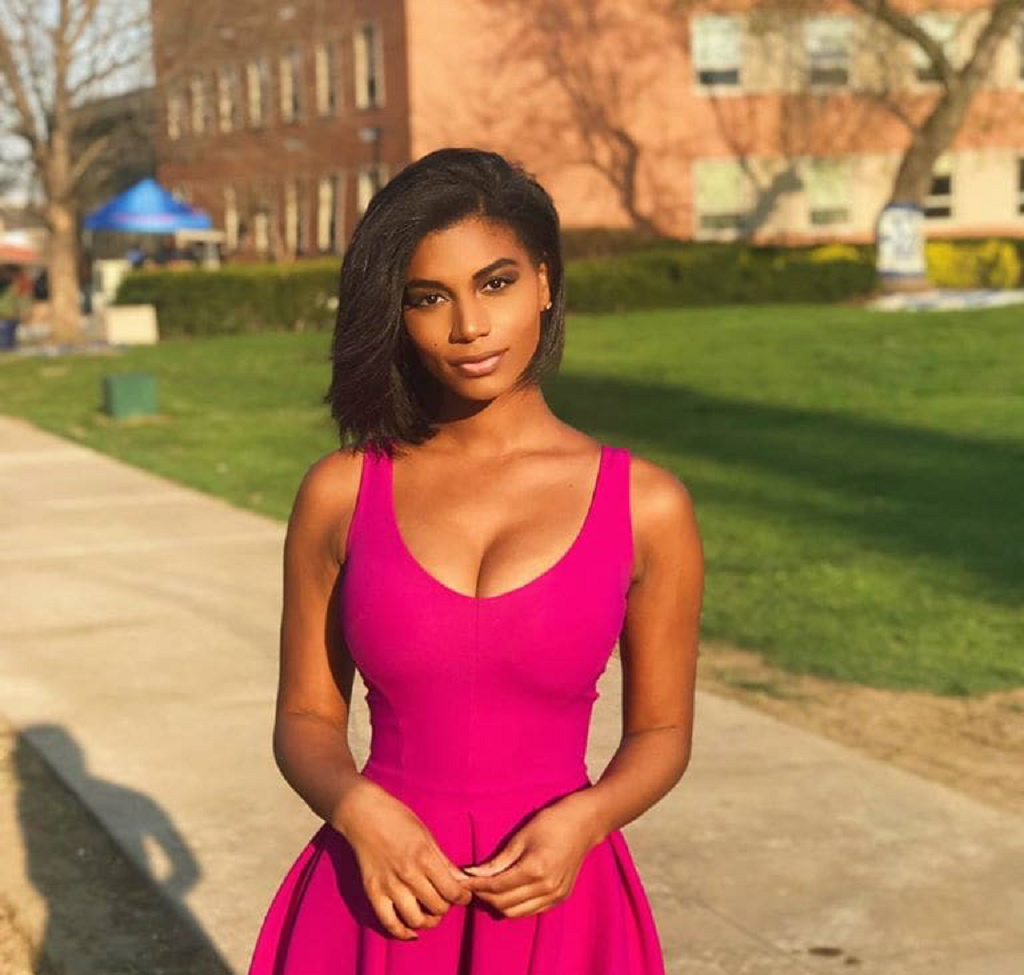 Taylor Rooks has raised the bar of what is expected from a female journalist thanks to her rapid rise to the mainstream sports reporting, getting weekly national exposure at the highest level. She represents a new breed of female sports reporters that could easily lead to the dismissal of the need to distinguish between male and female sports reporters. She is that good, and her beauty does not hurt. She currently works for Bleacher Report and gives a behind-the-scenes look into the bubble as NBA players

The broadcaster was born in an athletic family, as her father Thomas Rooks was the all-time leading rusher for the Illinois Fighting Illini. So, it seems that Taylor has athletic genes coursing through her veins. If you do not think so, consider the fact that she is the niece of Marv Woodson, who played defensive for the New Orleans Saints and Pittsburgh Steelers, and she is also the niece of the famous St. Louis Hall of Famer, Lou Brock, the former professional baseball outfielder. She has a strong sports pedigree.

She has seen her social media popularity balloon, and has amassed more than 374,000 followers to her taylorrooks Instagram account.

Taylor Rooks is absolutely stunning, but fortunately for her, she is much more than a pretty face. She spent her teenage years by being a student at Peachtree Ridge High School, which is located in Suwanee, Georgia, United States.

Like her parents before her, she attended the University of Illinois at Urbana-Champaign – majoring in broadcast journalism. Here, she received a lot of hands on exposure and experience with breaking national news on football and basketball. She graduated in 2010.

When she was only 19 years old, she made an appearance on CBS Sports Network as a reporter. She was an intern at some big companies, like PGA Tour, Fox Sports, and Comcast SportsNet Chicago. Overall, she had multiple scholarships awarded to her at the university and drew attention to women’s capabilities for sports broadcast journalism. For a while, she worked as a model but ultimately decided to choose sports journalism as her career choice.

In 2014, she got offered a job at the Big Ten Network as a host and reporter. She appeared on BTN Live every night and communicated with sports analysts. She also performed functions of getting in touch with the fans and bringing up topics they discuss on social media. She frequently does reports on Big Ten Games and also hosts Women’s Sports Report, which covers all female sports. The young journalist became a part of SportsNet New York as host and anchor in 2016.

She Uncovered a Recruiting Scandal at Scout.com:

Taylor was still at the University of Illinois when she first broke the recruiting scandal.

While working at Scout.com, Rooks covered and broke a story that revealed a recruiting scandal.

Scout.com was her first serious workplace from 2012 to 2014, as she covered various sports events there. The work that Rooks did on this story brought attention to her investigative and reporting skills, and it also facilitated her rapid rise to all the success she has garnered today.

Since her positive qualities are countless, a lot of sports television fans wonder whether this woman is single or taken. Taylor Rooks doesn’t have a husband yet, as she is not married. She doesn’t have children either. However, she has had a few famous boyfriends from the sports and entertainment industry.

In 2015, she was romantically linked to the former player and current basketball coach Kendall Marshall, as they made public appearances together. Taylor Rooks and Kendall Marshall’s relationship was short-lived, as the two eventually stopped seeing each other.

Her most famous romantic relationship was with the actor Jesse Williams, who is mostly known for his work on “Grey’s Anatomy”. Jesse Williams Taylor Rooks union was rather private, as not much about it was known to the public. They did not appear together often, and the media mostly found updates on their relationship when they got caught on dinner dates and walks. Taylor Rooks and Jesse Williams’ connection did not seem to work out in the long run, and they split up. Jesse quickly found himself a new girlfriend – actress Taylour Paige.

Currently, Taylor Rooks’s boyfriend is unknown. The TV star keeps things about her intimate life private and prefers to focus on her career rather than personal relationships. Hopefully, one day she will find someone perfect for her.

Taylor Rooks worked on CBS Sports Network and reported college football from the sidelines during the 2016/2017 season.

Taylor also hosted a popular podcast, “TimeOut With Taylor Rooks,” where she interviewed athletes and celebrities like Meek Mill.

She interviewed Dwyane Wade as part of her Timeout podcast in April 2018.

She hosts a show of her own, which is called “Take It There.” Taylor Rooks show is broadcasted on Bleacher Report and depicts interviews with various sports stars, especially those who are prominent in the NBA and the NFL. The purpose of the show is to shift the sports industry from being just numbers and results and take it in a more personal direction by allowing athletes to tell their life stories. In 2020, it got renewed for a second season.

Taylor used her current exposure to promote opportunities for women in the world of sports journalism. She has proven that beauty and brains can be synonymous, making a new path for those women who wish to follow behind her to pursue a career in journalism. She has also done a great deal to prove that women can cover men’s sports in an effective manner regardless of their age. At the end of the day, young prodigies can be seen equally on the court and off.