The 10 Best Chess Players Ever 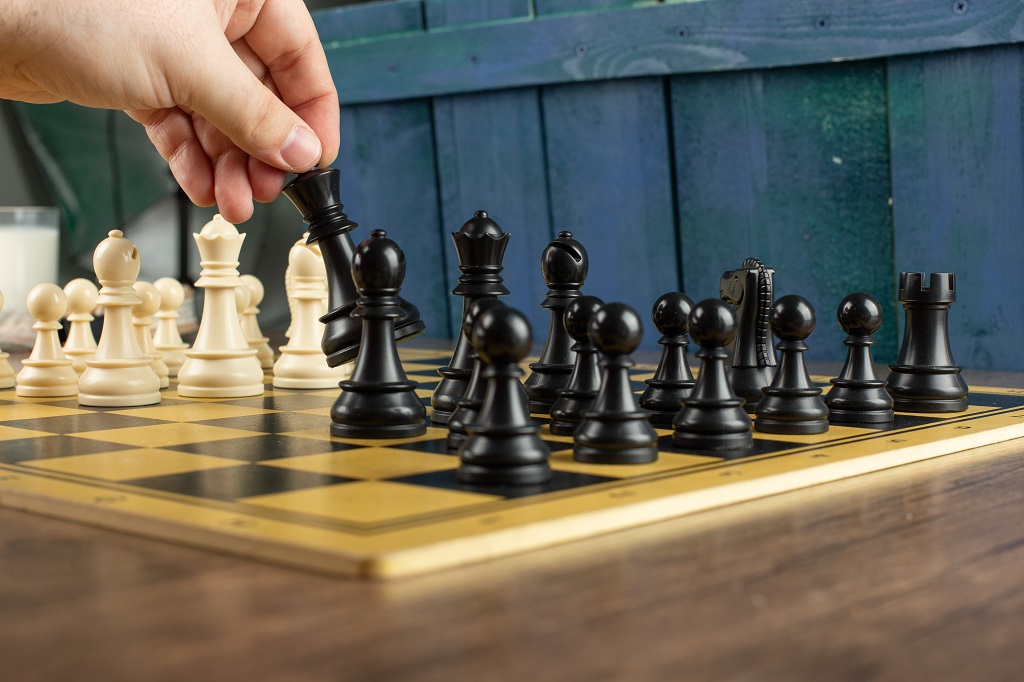 There have been many great players in the history of chess but as the title suggests, this article introduces you to the greatest chess players ever.

As rating inflation makes it impossible to compare players of different eras by their ratings, we’ve taken a different approach. We’ve covered the 10 greatest legends who really dominated the chess kingdom during their time.

The 10 Best Chess Players Ever

Garry Kasparov started ruling the chess world from the age of 22 as the youngest ever undisputed World Chess Champion in 1985. He remained #1 until his retirement in 2005. But as they say, “every Chess master was once a beginner,” and the saying holds for the champion too.

Garry started his training at the age of 10 at Mikhail Botvinnik’s chess school. In 1978, he was accidentally entered into a professional tournament, which he won. By 1983, he was ranked 2nd in the world.

In 1984, he challenged for the World Title but lost to Karpov in a 48-game match. The following year, however, he won the title and then successfully defended it 3 times.

Want to improve your chess today? Sign Up for our FREE Master Class here!

After he left FIDE in 1993, the title remained split for 13 years. Kasparov would eventually lose his title to Kramnik in 2000. In 2005, he announced his retirement after winning the prestigious Linares tournament for the ninth time. He was the #1 rated player in the world when he retired and had completely dominated the game for 20 years.

Karpov was the youngest-ever Soviet National Master (age 15), World junior chess champion in 1969, defeated Korchnoi and Spassky in 1974 and challenged Bobby Fischer for the World Title. Fischer withdrew from the championship match and Karpov became the Champion by default.

Reigning from 1975-1985 and 1993-1999 but disputed, with 160 first-place tournaments, he lost his title to Garry Kasparov in 1985 after defending it successfully against Kasparov just the year before.

He won the 1995 Linares tournament, considered to be the strongest tournament in history. After defending his title to Gata Kamsky in 1996, he conceded his title in 1999 in protest over FIDE rule changes to the way the title was decided. This impressive record certainly qualifies him as one of the greatest chess players in history.

Magnus Carlsen’s chess career is full of great achievements. He was only 13 years old when he earned his grandmaster title in 2004. In 2009, Magnus Carlsen reached an impressive Elo rating of over 2800 and just one year later, he became the world’s No. 1 in the FIDE rankings.

The following year, he successfully retained his title in a rematch against Vishy Anand and won the 2014 World Rapid Championship and World Blitz Championships.

Later that year, in May 2014, he reached a peak rating of 2882 – the highest rating in the history of chess. In the year 2016, he successfully defended his title for a second time, this time against the Russian Super-GM Sergey Karjakin.

What makes Magnus one of the greatest chess players of all time is that he seems to have no weaknesses. He plays strategic and positional chess, but he also rarely misses tactical opportunities – and once he gets a small advantage, he knows how to convert it into a win.

“Austrian Morphy,” as the champion was branded, was a great contributor to modern-day chess. In 1873, he introduced a new style of positional play which was initially considered cowardly as it differed from an all-out attack style. His thoughts and writings about the game were very influential at the time and nowadays he is usually called “the father of positional play.”

Although some of his ideas may sound strange to modern eyes, they were the foundations of all the positional themes we all know now. Tarrasch and Lasker, among others, recognized Steinitz as their “teacher.”

In 1866, Steinitz defeated Adolf Andersson, the then-strongest active player in the world. Between 1873-1882, Steinitz only ended up playing one match, against Blackburne, but won it with a flawless 7-0 score. He made his comeback in 1882. In 1886 he beat his bitter rival, Zuckertort, for “championship of the world.”

He continued his reign for the next 8 years, defeating Gunsberg and Chigorin but eventually lost to Emanuel Lasker in 1894. Unfortunately, the great contributor to chess died in 1900 due to poverty.

In 1922, he gave a stunning performance when he played simultaneously against 103 players, winning 102 games and drawing only 1! In 1927, he lost his title to Alexander Alekhine and his reign came to an end. He later went on to play in more tournaments, but never again reached his peak and eventually retired in 1931.

In 1975, he did not defend his title due to an inability to agree on match conditions with FIDE. Later on, he, unfortunately, got into various controversies and conflicts, but no player has ever had such a large margin of talent between themselves and their rivals. His style of play means that his name is one of the most popular among chess players of all levels.

Bobby Fischer played many great chess games and it’s difficult to choose a single one. Undoubtedly, one of the most important games in his chess career was the sixth game in his legendary World Championship Match against Boris Spassky in Reykjavik in 1972. This was the Cold War being fought over 64 squares and as such, the media interest was huge. Bobby Fischer single-handedly put an end to the domination of chess by the Soviet School of chess.

Alexander Alekhine was already one of the greatest chess players of Russia by the age of 16, and was the strongest player in the world by 22. He began his reign by defeating Capablanca in 1927. His major objective was to snatch the title from Capablanca, which he accomplished with 6 wins, 3 losses, and 25 draws.

Mikhail Botvinnik coached the greats of Garry Kasparov, Anatoly Karpov, and Vladimir Kramnik. Not only was he a great player in his own right, but he was also a great contributor to developing the World Chess Championship.

In 1930, he became the Soviet Champion. Due to World War 2, he was unable to challenge Alekhine. In the early 1940’s he defeated a strong Soviet field for the title of “Absolute Champion of USSR.”

He began his world reign in 1948, and continued till 1963. He defended his title against David Bronstein in 1951 (the match ended in a draw) and then again in 1954 after another draw against Smyslov. Smyslov, his rival at the time, finally stole the title away in 1957, but Botvinnik regained the title in a rematch in 1958. In 1960, Mikhail Tal won the title in 1960 but Botvinnik was able to regain the title yet again in the 1961 rematch.

Finally, he lost the title in 1963 to Tigran Petrosian. Botvinnik retired in 1970 and devoted himself to the development of chess programs and training young Soviet Players.

Paul Morphy is considered to be one of the greatest chess players in history by many people, and considered to be the most gifted chess player to have ever lived. But Morphy didn’t choose chess as his main focus and career. At the age of 9, he was the best player in New Orleans & easily defeated General Winfield Scott in 1846. At the age of 12, he defeated the Hungarian master Johann Lowenthal in 3 matches.

In 1857, Morphy participated in the first American Chess Congress which he won to become the chess champion of the United States. In 1858, he defeated all the English Grandmasters except Staunton. Later, he moved to France and defeated Adolf Andersson (7W, 2L, 2D) and was then considered the strongest player in the world at the age of only 21. He retired from chess and only played occasionally, robbing us from seeing even more amazing games!

Here is GM Alex Delorme showing how instructive studying the games of past masters can be for your chess development.

For a limited time get 50% off! Modern Chess Fundamentals (the Delorme Method)

Vishy Anand, from India, was the undisputed World Chess Champion from 2007 to 2013, and definitely can’t be missing from any proper list of the greatest chess players ever.

Although today Vishy Anand lives in the shadow of Magnus Carlsen, we should not forget that Anand has won almost every title a professional chess player could wish to win. Moreover, it is important to note that, with a FIDE rating close to 2800, Vishy Anand is still very much among the top chess players in the world today.

This is evidenced by the fact he won the Rapid World Chess Championships in December 2017. His longevity as a chess great is also indisputable – Vishy became India’s first ever grandmaster when he was 18 years old.

He became the undisputed World Champion in 2007. He defended his title successfully against Vladimir Kramnik in 2008, in 2010 against Veselin Topalov and again in 2012 against Boris Gelfand. Today, Anand remains a regular member of the Top 10 rated chess players in the world.