The Best Soccer Academies In The World 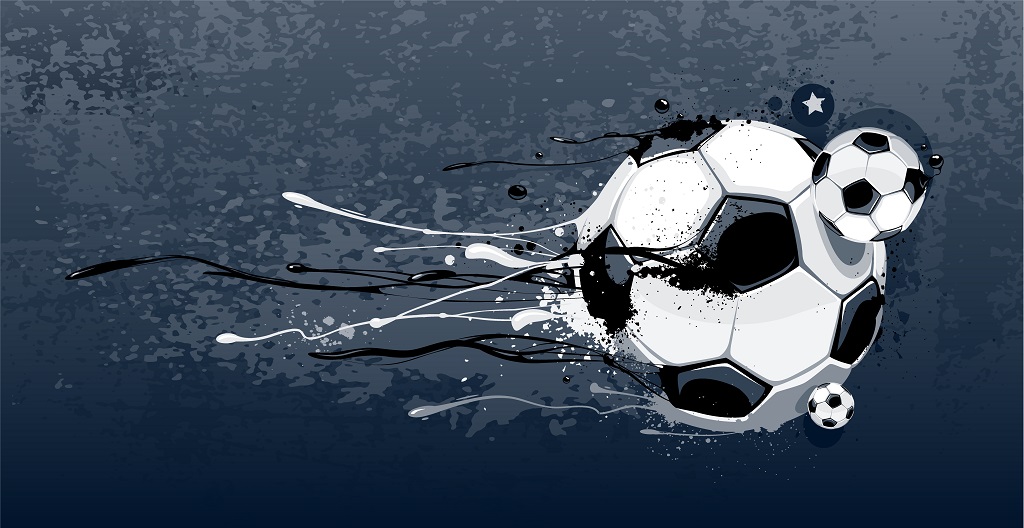 The journey to the top of any soccer (world football) career has always begun from humble beginnings for most soccer players playing in the world’s top-flight leagues. From a very tender age, players have devoted time to learning the skills and antics that make them exceptional on the pitch.

Several soccer players may have started initially playing on the streets as a child. However, the influence and doors of opportunities soccer academies have opened to such players have been essential in building talents to their supreme prime. Globally, there exist thousands of soccer academies. But few are known for producing some of the best minds and legs in the game of soccer.

The Best Soccer Academies in the World

Though not a football club, the Right to Dream has produced players playing in Europe’s top-flight leagues since its inception in 1999. A fully functional African football academy, the Right to Dream also trains female soccer players. After repeated trials in the Manchester United Premier Cup, they finally won the title, playing against some of Europe’s top academies, such as Real Madrid and Juventus.

Globally, El Semillero may not be recognized. However, the name Diego Maradona is undoubtedly famous. The football legend began his soccer career in the Buenos Aires football club academy. Aside from Maradona, the academy has produced other players such as Juan Riquelme and Esteban Cambiasso.

Though they may not be a formidable rival in the EPL, the West Ham football academy has produced players who have gone on to make the academy proud. Such players include Frank Lampard, Joe Cole, and Michael Carrick. They had successful careers in the English Premier League.

Anderlecht is a Belgian football academy known to have produced some of the best defenders in the Premier League, such as Vincent Kompany. Notable strikers in Serve A, such as Romelu Lukaku, also passed through the academy. The academy has seen its graduates steadily expanding their horizons in their soccer performance in their respective leagues.

Being a home of excellent soccer prospects, the academy is a regular winner and contender for the Jupiler Pro League. As the academy-nurtured talents slip to Europe’s top club, it steadily continues to live up to its name as the primary home to top soccer prospects among Brussels soccer academies.

Often called Varkenoord, Feyenoord Academy is the youth academy of Dutch football club Feyenoord. The club had one of its proudest moments in 2014, where eleven graduates featured regularly in the 2014 FIFA World Cup. The club has suffered from talent drain as some excellent prospects move to other prestigious academies in Europe. However, the club has produced some of the best footballers, such as Robin Van Persei and Georginio Wijnaldum.

Judging by its success at the youth level, the French soccer academy has been in impressive form. The club picked up the pace at the outset of the 21st century when its U-19 youth side won the Coupe Gambardella in 2003 and 2008. The academy is committed to detecting and integrating youth talents into Europe’s football system while putting the players’ well-being at the fore.

The Serbia football academy founded in the 1950s has been on the rise in recent years, with successes recorded by its youth academy. Graduates of Partizan Belgrade feature in regular games for clubs in some of Europe’s first leagues. The academy operates a youth football system classifying players by age and taught the skills and antics involved in the sport. Some of its famed graduates include Stevan Jovetic, Aleksandar Mitrovic, and Simon Vukcevic.

Dinamo Zagreb’s academy system is a perfect example of how European clubs make a fortune out of nurturing young, vibrant, and energetic players. The club has made over €50 million from its academy. While profit can motivate soccer academies to scout for young talents, Zagreb’s financial gains in the academy market come second to the building and development of young players.

The club system featuring two players from each age group in its youth academy in the club’s first team has made it one of the best soccer academies in the world.

Regarded as one of the most successful Argentinian soccer clubs, River Plate academy is committed to scouting for talents in the streets of Argentina. The academy regularly features 2 players against 2, 3 against 3, to build players’ relationships on the field. The academy also periodically features in South American youth tournaments and usually goes on tour in South America. Notable soccer players who began their careers at the academy include Herman Crespo and Alfredo Di Stefano.

Boca Juniors is undoubtedly one of the best soccer academies in the world. The club’s tradition of investing in scouting young talents and developing such skills to become world-class players rather than in the transfer market has made its academy productive. Boca Juniors academy has produced players such as Carlos Tevez and Fernando Gago.

Real Madrid is one of the most successful and Prestigious clubs in Europe. They are known for purchasing very key players who add to the team’s ranks, leaving its academy in the shadow. The academy, unknown to many, has successfully produced some of the top players in European clubs. The likes of Alvaro Morata, Carvajal, and Iker Casillas, who have played for the club’s first team, are products of its farm system.

In European football, Schalke 04 remains a good rival. The club has featured regularly in Europe’s top club tournaments and has shown the world that it boasts of great talents. The club’s academy has produced some of Germany’s first-team players who were instrumental in the nation’s big win at the 2014 FIFA World Cup. Such players include Mesut Ozil and ace goalkeeper Manuel Neuer.

Southampton may not be considered a fierce rival in the EPL, but in the business of training and nurturing talents to become world-class players, Southampton had made its mark. The club’s success in scouting young talents has been a focal point of its management. It approved the sum of £30 million for its new training facilities. The big spending in its academy has produced desirable results as top players in European leagues have graduated from its academy. Such players include Gareth Bale, Theo Walcott, and Luke Shaw.

At the beginning of his career, legendary footballer Pele (retired) began his successful career at Santos. The academy helped tailor the inborn gifts Pele had, which made him the star he was during his career. Aside from Pele, Santos academy has produced other great players in recent years, such as Neymar Jnr and Robinho. The academy prioritizes the education as well as the health of its trainees.

Blessed with an entire football stadium fully furnished to meet world standards and health programs to cover its players, Sao Paulo academy has just the right equipment to produce the perfect footballers. They have only the right talents to deliver quality results. Renowned Brazilian footballers Kaka and Oscar Emboaba are graduates of Sao Paulo academy.

One of the achievements of the Sporting Lisbon football academy is the undeniable fact that they produced one of the best players in the 21st century. Cristiano Ronaldo began his career at the Portuguese academy. Aside from Ronaldo, they have created more than 100 players who have gone to represent their countries at the national level and also featured prominently in their respective clubs. Some of its graduates include Luis Figo, Nani, and João Moutinho.

Based on the caliber of players Bayern Munich academy has produced, it is living up to its mission of holding a global position in soccer while imbibing the principles of mental and physical strength in its players. So far, this has been working out for the team. Most of the academy players are German and have gone on to achieve incredible feats for their country. Some of the 2014 World Cup winners in the German squad, such as Thomas Mueller, Philipp Lahm, Bastian Schweinsteiger, and Toni Kross, had their career kickoff at Bayern Munich academy.

Manchester United has a tradition of featuring its academy players in regular league games, which has helped its academy products become world-class players. Under the leadership of former coach Sir Alex Ferguson, the Manchester United Academy players were featured regularly in the first team. Notable graduates of the English club academy include David Beckham, Danny Welbeck, George Best, Paul Pogba, and Marcus Rashford.

Many of United’s best players under former manager Sir Alex Ferguson were from Manchester’s academy. Some of the most famous products of the academy are:

Home to some of the best prospects in European football, Ajax football academy has trained many prominent stars who have progressed to have successful football careers. In scouting, the club’s reach has no geographical boundaries but extends to every part of the world, where youngsters embrace the beautiful sport of soccer. Players who have graduated from its academy include ace defender Matthijs de Ligt, Frenkie de Jong, Justin Kluivert, and Christian Eriksen.

Undoubtedly the best soccer academy in the world, La Masia has produced several talents that have progressed to become the face of football in Spain and Europe. In 2011, three of its graduates were nominees in the final three for the Ballon d’Or. An incredible achievement for the academy. Its prominent graduates include Lionel Messi, who can be said to be the face of world football in the 21st century and has been crowned the best footballer in the world multiple times. Other top stars include the 2010 FIFA World Cup winners, Andres Iniesta, Xavi, and Puyol.

The following is a list of some of the Best football academies globally, which for various reasons did not make it to our list. Still, their achievements could not be neglected, and so we have decided to include them as Honorary mentions.

The Brazilian football academy has produced some of the best talents in the history of the game. Among their most famous graduates are Oscar, Lukas Moura, Eder Militao, and David Neres.

You will be amazed to know that players like Frank Lampard, Rio Ferdinand, Paul Ince, and Joe Cole are all West ham academy graduates.

One of the best football academies in Eastern Europe, Anderlecht football academy has introduced some great stars throughout its history. The most famous of them are Vincent Kompany, Lucas Biglia, Leander Dendoncker, and Romelu Lukaku.

Dortmund academy has always been home to some of the most talented German footballers and is famous for getting the best out of young talents. Many of the top graduates spend at least the start of their careers with the club. Marcel Schmelzer, Thorsten Fink, Nuri Sahin, Mario Gotze, Lars Ricken and Marco Reus are some of the best players who came out of Dortmund youth academy.

Francesco Totti alone is a perfect example of the quality of AS Roma’s academy and the reason it is considered as one of the best football schools in the world. Many of the academy products ended up playing for Roma’s senior team. Some of the most famous of them are Danielle de Rossi, Alessandro Florenzi, Alessio Romagnoli and Andrea Bertolacci.