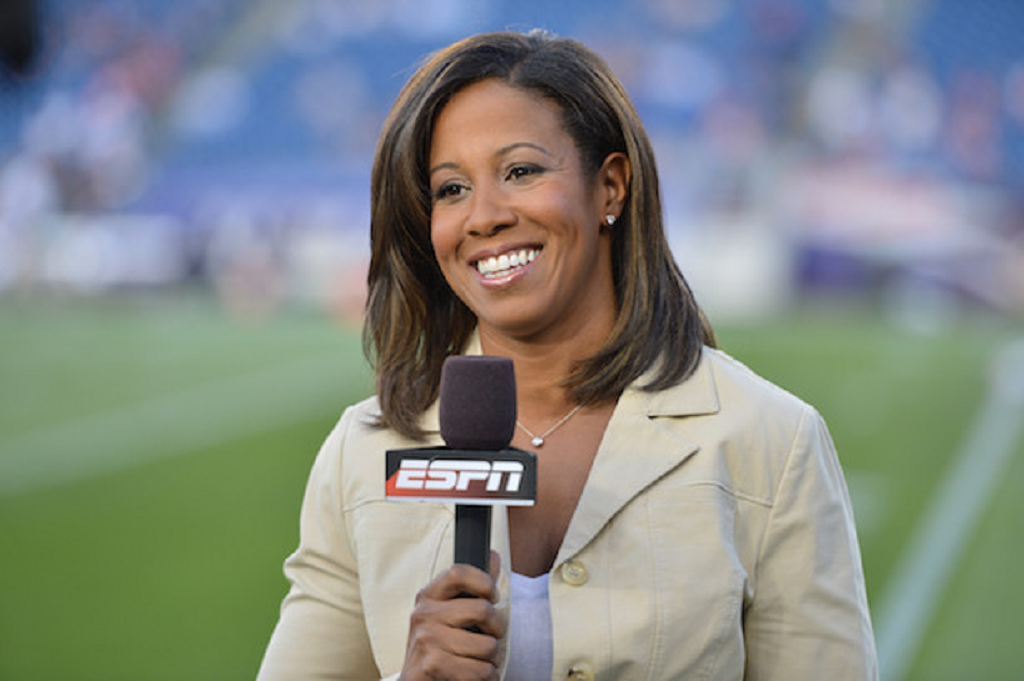 Lisa Salters, with more than two decades of experience, is an American sports journalist  for two of ESPN’s biggest sports properties – the NFL’s Monday Night Football and NBA games on ESPN and ABC. She’s also the  co-host of the company’s award-winning E:60 newsmagazine.

She has been recognized for her amazing skills in news coverage. Her social media accounts have been followed by millions of her fans.

Former collegiate women’s basketball player Salters initiated her career in journalism in the year 2000. She joined ESPN as a general reporter, and left to work for ABC later on.

As part of her NBA coverage, her role includes the high-profile NBA Saturday Primetime and NBA Sunday Showcase games. Prior to her current NFL and NBA assignments, she was the sideline reporter for ABC’s Saturday Night Football college football games for five seasons (2006-10).

Aside from covering high-profile events, Salters is co-host of ESPN’s acclaimed E:60 newsmagazine hosting alongside fellow reporter Jeremy Schaap. She helped launch the series in 2007 as a featured correspondent before her promotion to co-host in 2019 when the program moved into its new monthly prime-time slot.

Before becoming part of ESPN, she worked as a correspondent in Los Angeles based ABC News for five years. She even worked as a sideline reporter for ABC’s Saturday Night Football games for five seasons.

Before arriving at ESPN, Salters worked for ABC News from 1995-2000. Based in Los Angeles, she was named the first West Coast correspondent for the ABC affiliate news service, NewsOne, in February 1995. She covered the O.J. Simpson civil and criminal trials, the Oklahoma City bombing trials, the 1998 Winter Olympics in Nagano, Japan, and the crash of TWA flight 800, among other major stories for World News Tonight with Peter Jennings and other ABC News outlets.

Earlier in her career, Salters served as a general assignment reporter for WBAL-TV, the NBC affiliate in Baltimore, where she covered national and international news, including the conflicts in the African countries of Rwanda and Somalia. Salters returned to Rwanda in the spring of 2012 with The Girl Effect initiative to teach young girls about journalism.

Salters’ journalistic assignments for ESPN have brought her major global experience as she gets to cover a varied array of performances.

She covered the United States National Team during the 2002 FIFA World Cup in Korea/Japan. She reported from the 2004 Olympic Games in Athens, Greece, and hosted ESPN’s coverage of the 2006 Winter Olympics in Torino, Italy. In her journalism career, Salters has provided news related to the US Central Command in Qatar for ESPNEWS and Outside the Lines, SportsCenter.

Known for her excellent reporting,  she went back to the war zone and reported live from a US Army base, Camp Arifjan in Kuwait in 2004.  This was during the build-up to Operation Iraqi Freedom through the commencement of the war.

Journalist Salters has accumulated a net worth of USD 2.5 million in her life. Her annual salary is assumed to be USD Two hundred thousand. She has hoarded a significant amount due to her achievements. Her sponsorship amounts to USD fifty-two thousand.

Salters is not involved in love relationships. She is a single mother as of now as she has adopted a son and named him Samuel Salters. No acute information regarding her marriage and husband has made headlines yet.