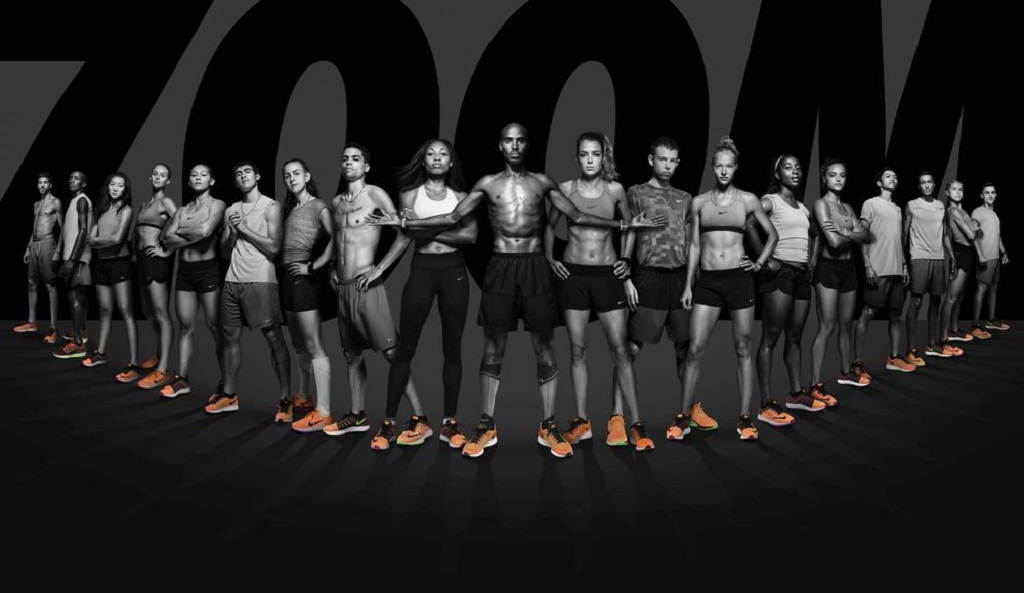 The Fame of being a sports star sure has its perks. It enables athletes to close million-dollar deals to help promote the products of billion-dollar corporations like Nike. This article looks at the most famous athletes sponsored by Nike and their various deals with the sports giant.

The 2019 and 2020 NBA MVP has sure seen an astronomical rise in fortunes since his rise in the NBA. Giannis Antetokounmpo’s renewed Nike contract saw him earn an annual payment of $9 million. This is a huge boost, especially when you consider the fact that his previous deal was a paltry $20,000 per annum.

The Greek Freak’s freak T-shirt was the fastest-selling apparel on Nike’s official online store Nike.com. Nike has since released his first signature shoes that have been doing pretty well, especially when you consider the competition from the likes of Curry and James.

Russell Wilson is a quarterback and an XLVIII Super Bowl Champion for the NFL’s Seattle Seahawks.

With a combined following of 12 million people across all three major social media platforms, Russell is one of the most influential athletes in the NFL. Apart from his $140 million four-year contract with the Seattle Seahawks, he has a similar contract with Nike that has seen him earn about $35 million annually since 2016.

No wonder he wears that Nike Swoosh, which has become synonymous with his Jersey for the Seattle Seahawks. His merchandise sales are still one of the best in the entire NFL, and his start-up company Trace Me was also bought by Nike.

Chris Paul has been one of the best point guards in the NBA for more than a decade. It was no surprise that Nike came calling with a contract way back in 2006. Under the Jordan subsidiary, his line of sneakers, the Jordan CP3, has been very successful and currently on its 12th iteration.

Despite having to compete with signature sneakers like Kevin Durant and LeBron James, the Jordan CP3 models have been quite successful. Plus, having a combined following of over 22 million on social media has also helped.

Carmelo Anthony Is the first athlete to sign under the Nike Jordan brand. One of three promising prospects signed when the Nike brand was at a very low point and was dominated by the German brand Adidas.

By the following year, he was the face of the Nike Jordan brand and began his designs called the Jordan Melo line of sneakers. The Melo M series being discontinued for some reason after the 13th model was released in 2017.

Russell Westbrook is no doubt one of the biggest superstars in the NBA. The 2017 MVP signed a ten-year bumper contract extension with Nike’s Jordan brand that makes him the face of the billion-dollar subsidiary till the 2024-2025 season. He also gets to start his shoe line both on and off-court.

With just a little over 11 million followers on social media, Tiger Woods doesn’t seem like he deserves a spot on this list. But that couldn’t be farther from the truth. In 2019 when Woods sank the last putt to win his fifth Masters Tournament, several Nike’s online stores sold out several Tiger Woods branded merchandise.

Nike pocketed 22.5 million dollars in sales that very day. Nike has been Woods’s chief sponsor since 1996, which was the same year Woods turned pro. In his first year in professional golfing, Woods signed his first contract with Nike’s Golf brand for $40 million.

He has signed several more since that time; even when several problems hampered Woods’ career for over ten years, Nike stuck with him. Their 24-year relationship has been mutually beneficial for both parties, which is why he takes the 6th spot on our list of famous Nike-sponsored athletes.

The only tennis player on this list, Nadal alongside Federer, holds the joint record for the most Grand Slam Singles in the world. Rafael Nadal has already achieved legendary status in the world of tennis. Since the Spaniard’s career began two decades ago, Nike has been one of his biggest sponsors.

One of the biggest Superstars in the NBA, Kevin Durant, has also become one of the hottest players in commercial value. Durant has been a Nike faithful throughout his career. He even turned down a $70 million deal with Adidas for a $60 million deal with Nike back in 2007.

His agency Roc Nation was able to get him an even more lucrative contract with Nike that earned him his own signature line of sneakers and apparel with the KD brand on it. His social media following is also one of the largest in the NBA, with a little under 40 million.

Currently, the Megastar of the NBA, LeBron James, is the most famous and the most influential player now in the NBA. LeBron first signed his first contract with Nike in 2003, right in his rookie season, and it has been a long and lucrative partnership all through.

His current deal with Nike was signed in 2015, a lifetime deal reportedly worth over a billion dollars. This means their partnership will continue well after the NBA king has retired, with LeBron currently receiving a $32 million paycheck every year.

The soccer megastar has proven to be a beast on and off the field. He has the largest Instagram following of over 270 million followers in the world and is by far the most influential athlete Nike has on their books. Like LeBron James, Ronaldo also has a lifetime contract with Nike worth over a billion dollars signed in 2016.

Ronaldo has worn well over 68 cleats for Nike, with his vast fan base generating as much as $474 million for Nike in 2018. With Ronaldo being one of the world’s greatest influencers on social media, it is safe to say that he generates way more revenue for Nike than any other athlete on this list.

There you have it; the topmost influential Nike-sponsored athletes on the planet right now. These athletes aren’t just superstars in their chosen sports; they are also some of the best marketable athletes and influencers in the world right now. Their respective partnerships with Nike have been very lucrative for both parties.