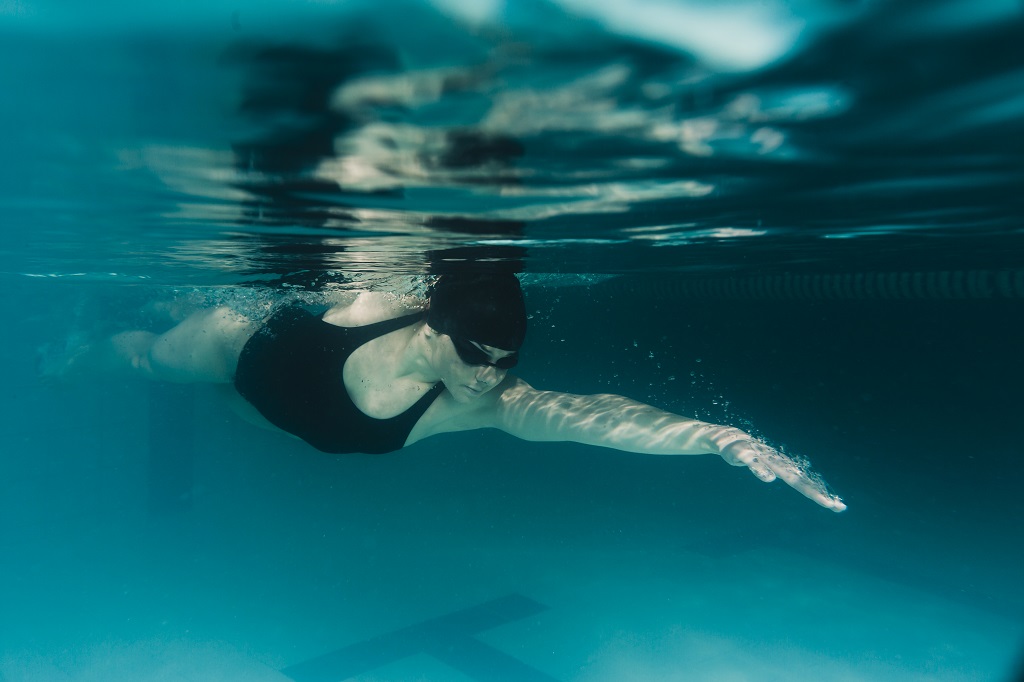 From USA star Katie Ledecky to Australian newcomer Kaylee McKeown, we take a closer look at 10 swimmers set to light up the women’s competition in Tokyo.

Katie Ledecky will head up a golden age of women’s swimming at the Tokyo 2020 Olympics. The five-time Olympic champion will be looking to double her gold medal tally in Japan, and will be joined in Team USA by fellow gold medallists Lilly King and Simone Manuel.

But returning champions only tell half the swimming story in this Olympics, as there will be plenty of Games debutants looking to take home gold medals too. Top of the list is Australia’s Ariarne Titmus, who will be hoping to crash Ledecky’s party while her 20-year-old compatriot Kaylee McKeown recently broke the 100m backstroke world record.

The United States have selected no fewer than 10 teenage women on their Olympic team, including 200m backstroke world record holder Regan Smith. Here, we take a closer look at 10 female swimmers set to take Tokyo 2020 by storm.

Freestyle queen Katie Ledecky was recently called ‘the greatest female swimmer of all time’ by Michael Phelps, which tells you just about all you need to know. After an underwhelming 2019 World Championships (largely due to an illness) that saw her lose the 400m free to Ariarne Titmus, the American will be keen to reassert her dominance in what will be an epic rematch. Ledecky has also added the 1500m to her congested schedule, which is making its debut as a women’s event at the Olympic Games. Expect world records to be broken.

Simone Manuel breathed a huge sigh of relief when she eventually booked her place at Tokyo 2020. After struggling with overtraining syndrome over the past year, the 100m free Olympic champion was shockingly eliminated in the prelims of her favoured event at Trials. But Manuel showed her champion mentality to bounce back and win the 50m freestyle to book her place on the plane to Japan. With only one individual event to focus on, the 24-year-old will be hoping for an explosive performance.

Simone Manuel of the United States and Canada’s Penny Oleksiak tie for gold and set an Olympic Record in the women’s 100m freestyle.

Ever since Ariarne Titmus beat Ledecky in the 400m free, the swimming world has been wondering if she can do it again. If the Australian Olympic trials are anything to go by, she could. Titmus threw down a stunning 3.56.90 in the 400m, which was less than a half-second off Ledecky’s world record, while the Australian’s time of 1.53.09 in the 200m was just 0.11 off Federica Pellegrini’s world record of 12 years. Those performances mean she is arguably now the gold medal favourite for both events at Tokyo 2020.

Swimming world champion Ariarne Titmus will be in one of the most anticipated races of the Tokyo Olympics, at her first Olympics she will be one to watch.

The 100m and 200m backstroke sprints have become two of the most exciting events on the women’s programme thanks to another USA v Australia rivalry. Another brilliant Australian Trials performance saw 20-year-old Kaylee McKeown break her American counterpart Regan Smith’s world record with a time of 57.57. McKeown is also World No. 1 over 200m and will hope to land one, if not both sprint titles. To strengthen her chances of success in the backstroke, she has pulled out of the 200 IM at Tokyo 2020, despite being the world No. 1 in that event too.

Despite being one of the first people to congratulate Titmus via text when the Australian broke her 100m back record, Regan Smith will undoubtedly be determined to set the record straight in Japan. Elsewhere, despite being the 200m back world record holder, the 19-year-old American failed to make the USA team for Tokyo 2020 in this event, meaning her full focus will be on the 100m back and the 200m fly, where she set the fourth-fastest time globally in 2021

It would almost take a superhuman effort to dislodge Lilly King from the top of the 100m breaststroke standings. The reigning Olympic champion, world record-holder and two-time world champion is the only swimmer to break 1.05 in the event since 2017. Straight-talking King’s breaststroke prowess also gives her nation a huge advantage in the 4x100m medley relays, where the American women are going for a third-consecutive Olympic gold.

Fierce rivalry between the USA’s Lilly King and Russia’s Yulia Efimova continues in the pool, with King’s win setting an Olympic Record.

Italy’s ‘La Divina’ just keeps proving everyone wrong. While Federica Pellegrini is undoubtedly in the twilight years of her long and successful career, the Beijing 2008 Olympic champion in the 200m free gave her rivals and doubters a wake-up call in 2019, where she took the gold medal with an impressive display. She is the only swimmer, male or female, to win eight medals in a row in the same event (200m free) at a world championships, and will be confident of springing another big surprise in Japan.

The 200m freestyle world record holder has won everything in her career, but there’s something that pushes her to continue until Tokyo 2020.

Africa has a new swimming star, and her name is Tatjana Schoenmaker. The South African recently posted three continental records at the National Championships and is one of only five women to have ever swum the 200m breaststroke, her signature event, in under 2.20. As the only woman to have achieved this feat since 2016, she is favourite to win the 200m breast in Tokyo.

Ever since landing three individual gold medals and the 400m individual medley world record at the Rio 2016 Olympics, Katinka Hosszu has struggled for consistency. However, an IM double at the 2017 and 2019 Worlds shows that ‘The Iron Lady’ knows how to deliver when it counts. Kaylee McKeown’s late withdrawal from the 200 IM means that Hosszu remains the favourite in both events.

Hungary’s Katinka Hosszu comes from behind to win the women’s 100m backstroke final in the last 25m and out-touches USA’s Kathleen Baker.

Another key player in the renaissance of Australian swimming, Emma McKeon is a medal threat in four individual events. The 27-year-old holds the fastest times in the world in the 50m free, the 100m free and is the favourite to win those races. She is third-fastest in 2021 in the 100m butterfly, and is set for a showdown with world-record holder and Olympic champion Sarah Sjostrom. The Swede was a late confirmation into the event after facturing her elbow just months ago. Given that McKeon will likely be an important cog of all four relay events, she could potentially set a record for the most medals by a female swimmer at the Olympics ever with seven.