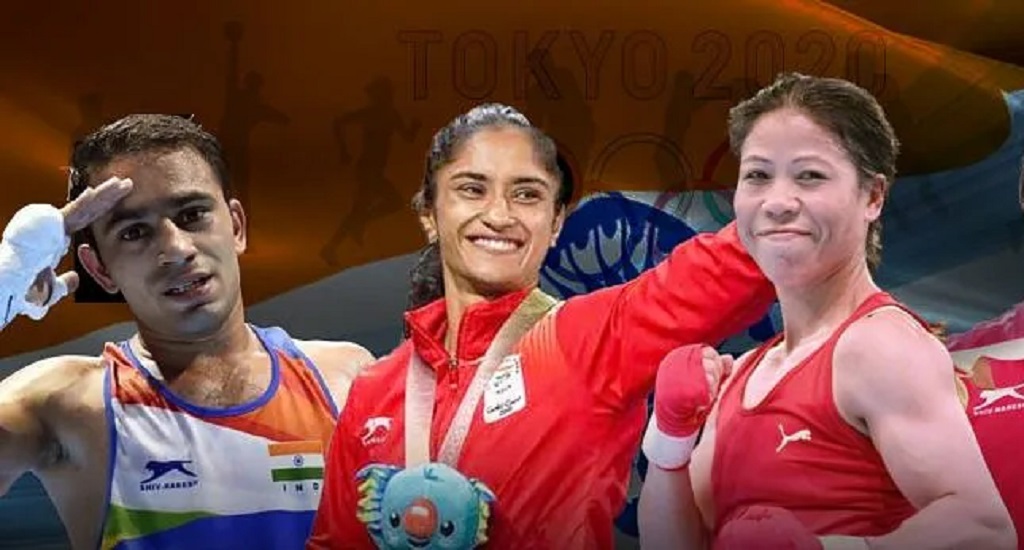 It’s time for the Tokyo Olympics. After it was postponed from last year due to the Covid-19 pandemic, the Games are all set to get underway from July 23 in the Japanese capital. Despite concerns over new infections in Tokyo, there is buzz around the showpiece event with athletes already beginning to arrive at the Games Village.

India is also hoping its athletes will bring some joy to the country that has been ravaged by the second wave of Covid-19 this year. The Rio Olympics in 2016 was a step down from the country’s record haul in London as PV Sindhu (Silver in women’s singles badminton) and Sakshi Malik (Bronze in women’s 58 kg freestyle wrestling) were the only medalists.

Cut to 2021, India is looking forward to a better show from her athletes and quite a few of them are heading into the multi-sport event in prime form. Indiatoday.in has compiled a list of 10 athletes who are likely to bring home a medal from the Tokyo Games.

PV Sindhu is one of the biggest medal hopes for India. The 26-year-old who won the Silver medal at Rio Olympics is bidding to become only the 2nd athlete after Sushil Kumar to win two individual Olympic medals. The reigning world champion reached the All England semi-final earlier this year but has not won a title on the tour since the world championship victory in 2019. However, one can’t rule out the shuttler who tends to peak at the biggest stages. She is seeded 6th at the Games and has a relatively easy draw up until the quarter-final round.

Mary Kom, the Mother of Four, an Olympic bronze medalist from 2012, will go for glory at the Tokyo Games, which will probably be her last appearance at the Games. The 6-time world champion will be one of the flag bearers at the opening ceremony for India. The senior boxer did impress in 2021, winning a silver at the Asian Boxing Championship. It will be a tough test for Mary but her experience will help her get to the business end of the women’s 51kg category.

The 19-year-old is one of India’s biggest bets for a medal at the Tokyo Olympics. India drew a blank at the Rio Games and Saurabh will be leading the charge as the shooting contingent looks to return to its glory days.

Plenty of hard work has been put in by the National Rifle Association of India and Saurabh will be looking to take his consistency to the Games. The youngster, ranked World No. 2, has medalled in the 10m air pistol event in 5 World Cup. With 2 gold medals, 2 silvers and a bronze as recently in June, Saurabh will be shooting for glory at the Games.

India have a 15-member shooting contingent and there are several big names who can defy odds and make their way to the podium. However, the 10m air pistol mixed team pairing of Saurabh and Manu Bhaker are firm favourites to bring home a medal. With both of them looking to match one another, Saurabh and Manu won 5 successive gold medals at World Cups before their streak came to an end at the Osijek World Cup in June. The duo won a silver medal but they are up with the best in the team event.

Currently ranked World No. 4, Mirabhai Chanu will be looking to become only the second Indian weightlifter since Karnam Malleswari in 2000 to win an Olympic medal. And North Korea’s decision to withdraw from the Games has only boosted Chanu’s hopes. Chanu currently occupies the fourth place in the women’s 49kg Tokyo Games qualifying rankings. Her nearest rival, Ri Song Gum of North Korea had pipped Chanu to take the bronze medal at the 2019 World Championship by lifting 204kg as against 201kg by the Indian.

Having had a disappointing run in the Rio Games where she failed to lift any of the weights in clean and jerk, Chanu will be determined to prove a point.

The cousin sister of the famous Phogat sisters Geeta and Babit, Vinesh will be a serious medal contender for India in Tokyo not because of her surname but because of the form she is in heading into the Olympics this year. The first Indian female wrestler to win gold in CWG and Asian Games, Vinesh will enter the 53kg event as the world No. 1 and top seed after having clinched gold medals in all the events she took part in 2021.

Second seeded 65kg wrestler Bajrang Punia is being touted as a sure-shot medal winner in Tokyo, which will be his first appearance for India at the Olympics. Nicknamed the ‘Tank’, Bajrang’s trophy cabinet is laden with medals from every competition he has participated in, starting with the 2013 World Wrestling Championships, where he first shot to fame with a bronze. Bajrang sufferd a minor knee injury last month but is still confident of adding to his personal medal tally at his maiden Olympics.

Deepika Kumari roared back to form this year and reclaimed her No. 1 world ranking just this month when she grabbed multiple gold medals at the Archery World Cup. Deepika had a disappointing outing in Rio five years ago as she couldn’t cope with the pressure of expectations. But the much-experienced Deepika Kumari will be desparate to prove her critics wrong and is being seen as a strong contender for both the individual and the mixed team events.

India’s power couple in Archery, Deepika and Atanu Das were untouchable in the World Cup, winning gold in the mixed team event and will be the favourites once again when they join forces again at the Tokyo Games. The duo are in good gold-medal winning form and will be expected to do the same in the Japanese capital when the Games begin from July 23.

Amit Panghal will be looking for vengeance when he gets inside the Olympic ring in Tokyo after narrowly losing out on the gold medal at the Asian Championships in May. Panghal went down against the reigning Olympic champion Shakhobidin Zoirov of Uzbekistan to finish second-best, something which he will look to overturn at the Games. His Boxing World Cup gold last year is proof enough of his capabilities at the world stage, something which he will be expected to do at the Games as well.