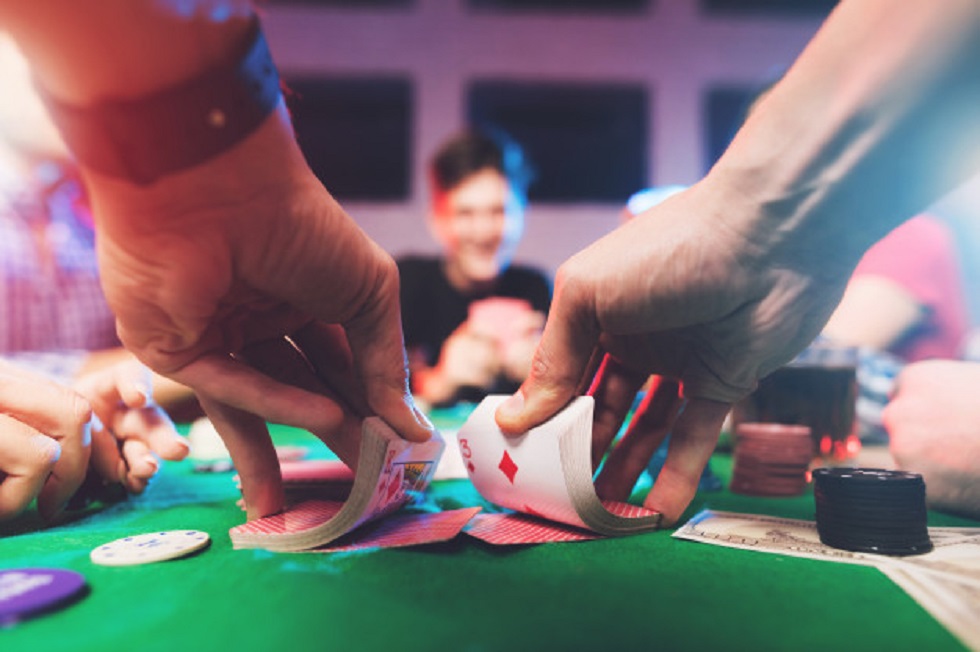 It should come as no surprise that poker is popular among professional athletes. Much like any sport or game of skill, playing poker entails following a set of rules to dominate the competition. In order to win, players need a keen understanding of not just poker rules but basic poker terms as well, which can streamline how they strategize and pivot on the table. Furthermore, a player’s performance is often determined by how calm they can remain under pressure.

In short, many professional athletes are already armed with the tools for being competitive at the poker tables. And here are some of the sports stars who have used their mental sharpness to succeed in the world’s most popular card game.

Mixed martial arts (MMA) is a very psychological sport. This is perhaps why it was easy for MMA fighter Terrence Chan to take up professional poker playing as a career as well. Apart from being the co-host on the DAT Poker Podcast alongside Adam Schwartz and Daniel Negreanu, Chan has been quite successful in a number of online high-stakes poker games. Unlike Randy Couture, Chuck Liddell, and other MMA fighters who’re also known to play, Chan has achieved a significant level of success at the tables. And the same can be said of our next athlete.

Coached by poker streamer Jason Somerville, Martin Kampmann has used his MMA-trained mind to earn tens of thousands of dollars on the pro tables. Winning multiple fight-of-the-night honors during his UFC career, Kampmann is no stranger to pressure. And just like Chan, he’s also one of the most successful poker-playing MMA fighters around.

Widely acknowledged as the greatest player in NBA history, the iconic Michael Jordan has been known to enjoy poker as well. And he’s certainly not the only player in the NBA with a soft spot for the card game. Charles Barkley has revealed in previous interviews how he, Jordan, Magic Johnson, and Scottie Pippen all played poker ‘every single night’ when they were in the Dream Team back in ‘92. What a great poker table that must’ve been!

Apart from being an ace wicketkeeper-batsman in the biggest cricket league in the world, Dinesh Karthik also loves poker. He’s even partnered with online poker company Blitzpoker to raise interest in the card game among cricket fans in India. “It is absolutely thrilling to have a cricketer of Dinesh Karthik’s caliber join our ranks for this upcoming tournament,” explains web celebrity Dan Bilzerian who owns the company. “Mr. Karthik personifies the hard work and dedication needed to master the game of poker.”

One of the fastest rising stars in the PGA tour, Golf Digest cover boy and pro putter Viktor Hovland actually credits poker for his success. As the golfer reveals, he and his swing coach Jeff Smith have been playing poker rounds together in between training. “We’re a very good fit, and we kind of think a lot of the same way. We play a lot of poker together and we like to talk poker, there’s a lot of take from poker and talk about with golf as well, because a lot of it is math and kind of stats,” details Hovland. “And I like a guy that’s versatile, that can still talk about swing mechanics, but also talk about course management and stats and all that stuff. So it’s been great so far.”

Portuguese Fatima Moreira de Melo is a former field hockey player who has played over 100 games for the Dutch national team. During this time, she even became a multi-awarded Olympic medalist. Today, most of her fans know her as a PokerStars Team Pro. And apart from her dexterity on the hockey field, de Melo has also managed to use her trash-talking at the tables. In fact, she’s known for her charming personality, eloquent crass, and mental sharpness, which have endeared her to poker fans across the world. More importantly, as the list of sports stars who also play poker are mostly men, every round de Melo plays is a reminder that women athletes can also dominate the pro poker game.

These are just some of the many poker-playing athletes across the sporting world. Poker is getting recognized as a legitimate game of skill and strategy. Every day, more and more pro athletes are realizing it. And in the future, there’s no doubt that we can expect more fighters, hockey players, and other athletes to use their sense of strategy and calmness under pressure to win at the tables. If we missed any of your favorite sports star, let us know in the comments section below who else you think deserves to be on this list.