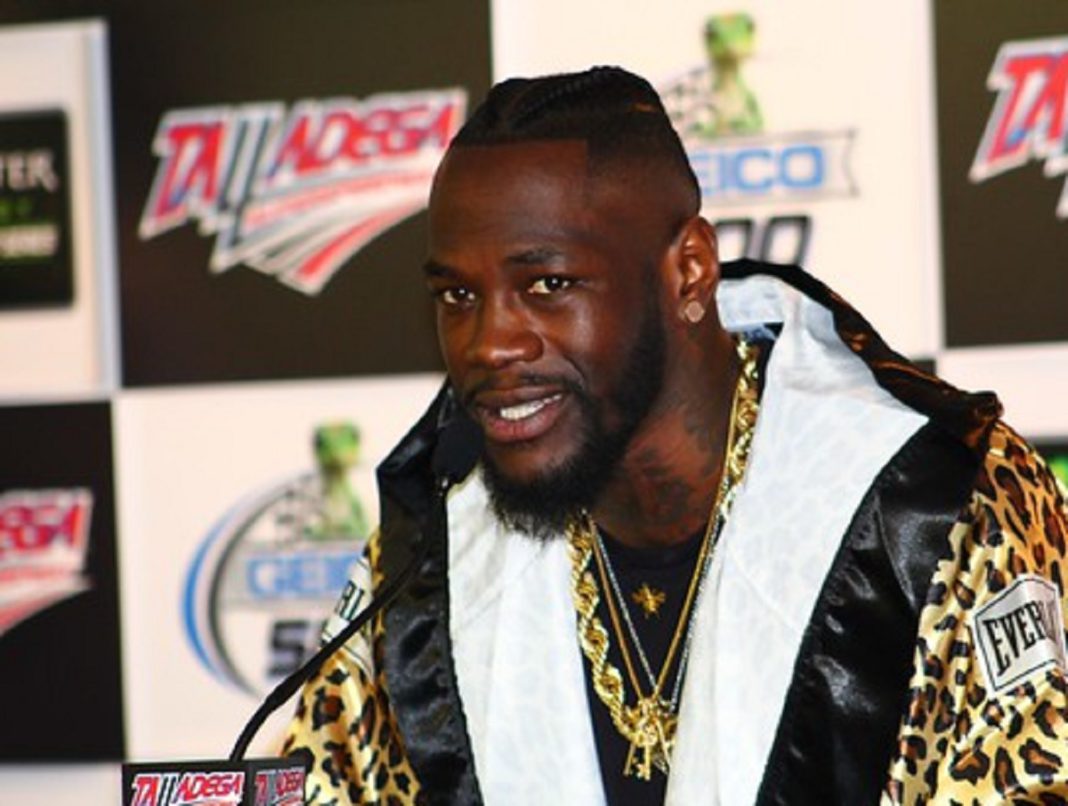 He was once one of the hottest properties in world boxing. A multiple champion across heavyweight divisions, there was no shortage of fighters waiting to take their chance against Deontay Wilder.

In 2022, as he approaches his 37th birthday, the American is now having to climb the boxing ladder once again.

Next Up for Wilder

The long term future for Deontay Wilder may be undecided but the boxing world knows exactly what’s happening next. On October 15 of this year, he will step into the ring for the first time in over 12 months as he takes on Finland’s Robert Helenius.

The fight is scheduled for the Barclays Center in Brooklyn, New York and it should be a comfortable outing for the man known as the Bronze Bomber. Early online betting markets list Wilder as a heavy, odds-on favourite and the tale of the tape backs up the bookmakers.

Helenius is known as the Nordic Nightmare and, while his record is respectable, it’s hardly the stuff of dreams. In 34 professional fights, Helenius has won 31 of those contests. It’s a steady return but the Finn has not fought anyone of real star quality and he has yet to hold a world title.

For reference, Deontay Wilder will go into October’s fight with 42 wins from 45 professional fights. The only blemishes on a perfect record have come courtesy of Tyson Fury. A draw and two defeats against the Gypsy King deny the American from maintaining a 100% win ratio.

The option for a fourth fight with Tyson Fury seems to have disappeared for now. The British fighter recently announced his retirement from the ring and it seemed as though he was exploring other possibilities, including a switch to WWE.

Fury looks to have been tempted back by Anthony Joshua. This may have offered some hope to Wilder supporters, but both boxers have been keen on this all-British showdown for some time. Once it’s in the history books, Fury may walk away permanently.

That’s a great shame when we consider the drama of those three previous encounters. The titanic draw between Wilder and Fury in December 2018 will never be forgotten, but it seems that the series will end as a trilogy.

The most relevant fight for Deontay Wilder would be against Oleksandr Usyk. The Ukrainian overcame Anthony Joshua twice and is now the unified champion in the heavyweight division.

Usyk appears to be in Wilder’s sights but anyone taking on the man known as The Cat will face a seriously tough battle. Victory over Joshua in August 2022 made it twenty wins from twenty fights for the big Ukrainian.

There is a theory that Wilder, Fury and Joshua are now the ‘old guard’ in terms of heavyweight boxing. Oleksandr Usyk is no youngster at the age of 35, but that record puts him in a different league from those who dominated the division in the late 2010s.

With Tyson Fury playing hard to get and Anthony Joshua already despatched, reports claim that Usyk is seriously looking at a fight with Deontay Wilder. He’s said as much in an interview and it would certainly be an interesting match up between the two.

The Ukrainian would surely start any future fight as the favourite but Wilder’s camp would be confident of upsetting those odds.

In terms of their two styles, there are some similarities. Wilder is often seen as a slugger and that may be unfairly attached to his record of knockouts. Power is very much a part of his game but he’s a far more intelligent boxer than he’s given credit for.

Wilder will look to use the left hook to set his opponents up. It’s a distraction technique that can lead to knockouts via the weight of his right jab.

Oleksandr Usyk also has a strong record of knockouts with 13 of his first 20 wins coming via KO. It’s said that he has a very ‘European’ boxing style and is always very busy, rarely allowing his opponent any respite.

A constant, pawing jab is intended to wear his opponent down before the Ukrainian moves in for the knockout blow. It’s a fascinating mix of styles which should make for a thrilling fight if it does happen.

Road Back to the Top

While Usyk is ready to go, Deontay Wilder’s immediate desire to step into the ring with the Ukrainian isn’t as clear. Stories circulating from within the boxing press suggest that there are some potentially lucrative contests with other opponents on the horizon.

Andy Ruiz Jr has been cited as a potential future contender while Anthony Joshua is also being lined up. Ruiz famously defeated Joshua while AJ is looking to get back to the top, but is either man a good match for the Bronze Bomber?

He may be far from finished but Deontay Wilder needs to choose his next opponent carefully. The fight that boxing fans all want to see is Wilder v Usyk and anything else will be seen as a stepping stone towards the current champion.

The Bronze Bomber may, however, be wise to see things differently. Assuming he beats Robert Helenius, a potential loss to Usyk in the follow up may leave him with nowhere to go.

After those losses to Tyson Fury, Deontay Wilder should be looking to build back against Ruiz or Joshua. He can then take time to rediscover his best form before that showdown with Oleksandr Usyk.