Who is Mikey Williams: The High School Basketball Phenom 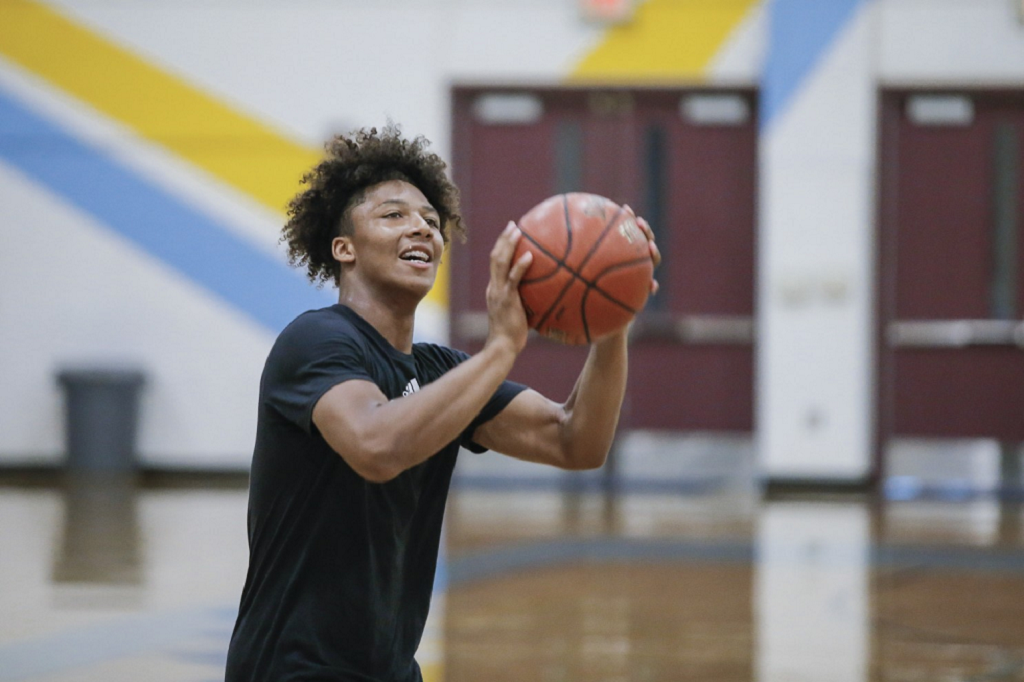 Mikey Williams is an American high school basketball star who hails from San Diego, California. He played for San Ysidro for some time but transferred to Lake Norman Christian School in Huntersville, North Carolina. He is considered to be one of the best high school basketball players in the country and he is a top 3 class of 2023 ESPN recruit. The consensus five star recruit is also expected to be one of the top players of the 2023 class. Let’s find out more about this star basketball player.

Mikey Williams: What We Know So Far

When was Mikey Williams born?

Mikey Williams held a basketball for the first time when he was just nine months old and he was trained under the watchful eye of his mother and father. Mikey Williams’ father, Mahlon Williams, played basketball for Sweetwater High School. He was a star there and earned an All-CIF-SDS selection. His mother, Charisse, was a softball player for Kearny High School and Hampton University. He grew up playing in his apartment complex’ outdoor basketball court.

Where did Mikey Williams study?

Mikey Williams went to San Diego’s San Ysidro High School and frequently fought with bullies in elementary school. Mikey Williams also worked as high school head coach Terry Tucker’s ball boy and he famously said that he could never keep Williams out of the gym. While he was in middle school, Mikey Williams played for the Malcolm Thomas All-Stars travel team. During the final two years of middle school, he was selected as the top ranked player in the 2023 class by the Naismith National Youth All-American Report. Mikey Williams joined the North Coast Blue Chips Amateur Athletic Union (AAU) team in eighth grade. He was teammates with leBron James’ eldest son Bronny James during his time with the team. In 2019, Mikey Williams played for the Compton Magic.

Mikey Williams made his high school basketball debut for the San Ysidro High School team on November 20th, 2019. He had a sensational outing, scoring 41 points, five rebounds, four assists and four steals. His electrifying performance led San Ysidro to a 98 – 46 trouncing of El Cajon Valley High School. After such an unbelievable debut, Mikey Williams exploded for 50 points in his next game, leading his team to an 85-77 victory over Mission bay High School. Less than a month after his high school debut, Mikey Williams scored a career high 77 points on December 13th. He made nine threes in the game and led San Ysidro to a 116-52 rout of Kearny High School. His 77 points shattered the CIF San Diego Section (CIF-SDS) single-game scoring record, previously held by Tyrone Shelley since 2005, and set the state freshman record for single-game scoring.

On January 10, 2020, San Ysidro squared off against one of the country’s top high school teams, Rancho Christian School. The team featured top 2020 recruit Evan Mobley on the lineup. While Mikey Williams scored 35 points, it wasn’t enough as Rancho Christian School steamrolled to a 103-71 blowout victory. Mikey Williams led San Ysidro to the CIF-SDS Division III title on February 27. He finished his incredible highschool freshman season with 29.9 points, 6.7 rebounds and 4.9 assists per game and was named MaxPreps National Freshman of the Year.

Where is Mikey Williams playing now?

Mikey Williams is one of the best high school sophomores in America and is a consensus five star recruit. As per ESPN and 247Sports, Mikey Williams is a top three player of the 2023 class. He has already received a lot of interest from numerous NCAA Division I programs such as Arizona and Arizona State. However, Mikey Williams expressed an interest in playing for a school that was a part of the HBCU (Historically Black Colleges and Universities). Since his tweet about this, he has received lots of offers from numerous HBCU basketball programs.

Yes, Mikey Williams is on Instagram. His handle is @mikeytape and he has close to two million followers. Some of his most high profile followers are Kevin Durant, LeBron James and famous rapper Drake.

How tall is Mikey Williams?

Mikey Williams is 1.91 metres or 6 feet 3 inches tall. However, he is only 16 years old and is expected to grow more.