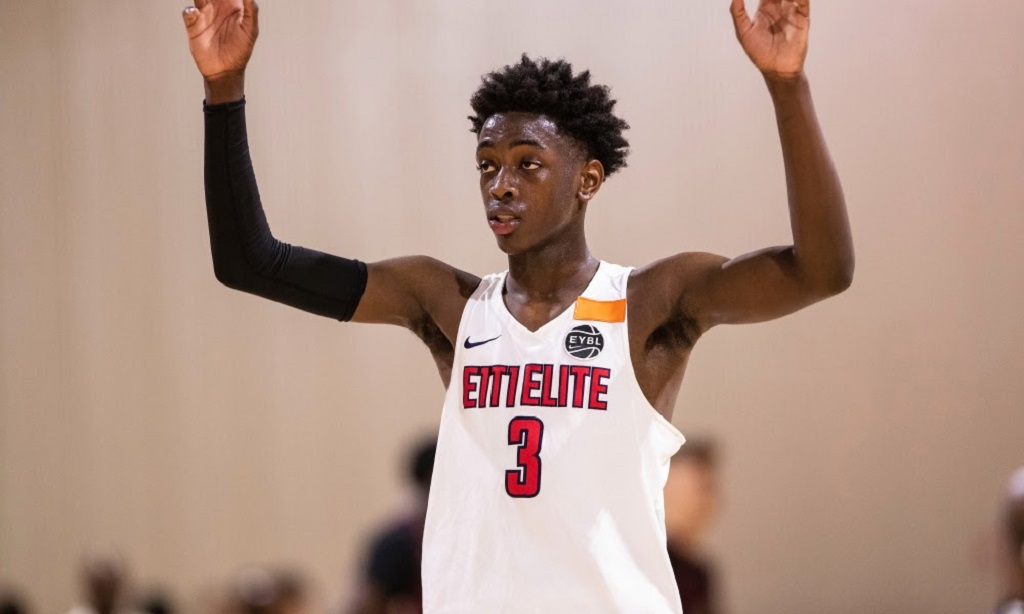 Zaire Blessing Dwyane Wade is an American high school basketball player. He is the son of NBA legend Dwayne Wade and played alongside Lebron James’ son Bronny James at Sierra Canyon School in Chatsworth, Los Angeles. However, because of a lack of playing time, Zaire Wade now plays for an independent boarding school by the name of Brewster Academy in New Hampshire. The transfer was made in order to improve his playing time and enhance his scholarship options when compared to what he was getting at Sierra Canyon. Zaire has drawn the attention of national media outlets on a regular basis and has received offers from top NCAA Division I basketball programs. As of now, he isn’t a five star recruit and isn’t expected to get many Division I scholarship offers. However, increased playing time at his new school and improved performance might lead to better chances for Zaire Wade. Let’s find out more about him.

Zaire Wade: What We Know So Far

When was Zaire Wade born?

How many siblings does Zaire Wade have?

Zaire Wade has three siblings, younger brothers Xavier and Zaya, along with sister Kaavia. It is interesting to note that Dwayne Wade’s youngest son Zion Wade recently decided to start identifying himself as a girl and changed his name to Zaya Wade. Apparently, Zion Wade knew about being transgender from the age of three. Dwayne Wade often took Zaire and Zaya to games where they often shot around with the team in warm-ups.

How tall is Zaire Wade?

For his freshman year of high school, Wade played basketball at Mount Carmel High School in Chicago, Illinois. Also on the team, nicknamed the Caravans, was his cousin Dahveon Morris. Both played on the school’s freshman team. For Wade’s next two years of high school, he played basketball at American Heritage School in Miami Florida. On May 29, 2019, it was announced that Wade would transfer to Sierra Canyon School, a private K–12 school in Chatsworth, Los Angeles, for his 2019–20 senior year in high school. He joined incoming freshman Bronny James, son of basketball player LeBron James. However, a lack of playing time at Sierra Canyon resulted in Zaire Wade transferring out of the school.

Zaire Wade or Bronny James, who is better?

Zaire and Bronny both played for Sierra Canyon last season. However, Zaire will not be playing there next season after struggling to get playing time. His father, Dwyane Wade did not even go to the state title game because of Zaire’s lack of time on the court.

“I will not be there,” Wade said on Inside the NBA on TNT, according to ESPN. “My son isn’t playing, and I don’t want to do nothing to the coach [Andre Chevalier]. I won’t be there. But I’ll be rooting for the kids.”

Sierra Canyon has a very stacked roster, with Bronny James and five-star prospects Ziaire Williams and BJ Boston. Zaire Wade also reportedly tore a ligament in his right ankle, which sidelined him for a good part of the season.

Zaire was initially a class of 2020 recruit and was the No. 140 overall player in 247Sports’ rankings for that class. However, he announced in April that he will reclassify to the 2021 class and will transfer to Brewster Academy in Wolfeboro, New Hampshire.

According to 247sports, Zaire Wade is a three-star recruit with a composite score of 0.8892. It also says that he has three offers from Rhode Island, Toledo, and DePaul. 247Sports’ Josh Gershon lists Zaire as a Power-5 starter in Zaire’s scouting report.

As things stand today, Bronny James seems to be a better prospect than Zaire Wade. However, let’s be honest; it will be hard for both of them to live up to the legacies of their fathers.

LeBron James is a 16-time All-Star, a four-time league MVP, a three-time NBA champion, and a three-time NBA Finals MVP. For his career, LeBron is averaging 27.1 points per game to go with 7.4 rebounds and 7.4 assists. His 34,087 career points are third all-time, and his 9,298 career assists are eighth all-time.

Dwyane Wade, who is now retired, was a 13-time All-Star, a three-time NBA Champion, and he won one NBA Finals MVP. For his career, Dwyane averaged 22 points per game, 4.7 rebounds, and 5.4 assists. Expecting Bronny James and Dwayne Wade to have careers that are as legendary as their fathers’ is extremely unrealistic, but they can definitely make some noise on the court.