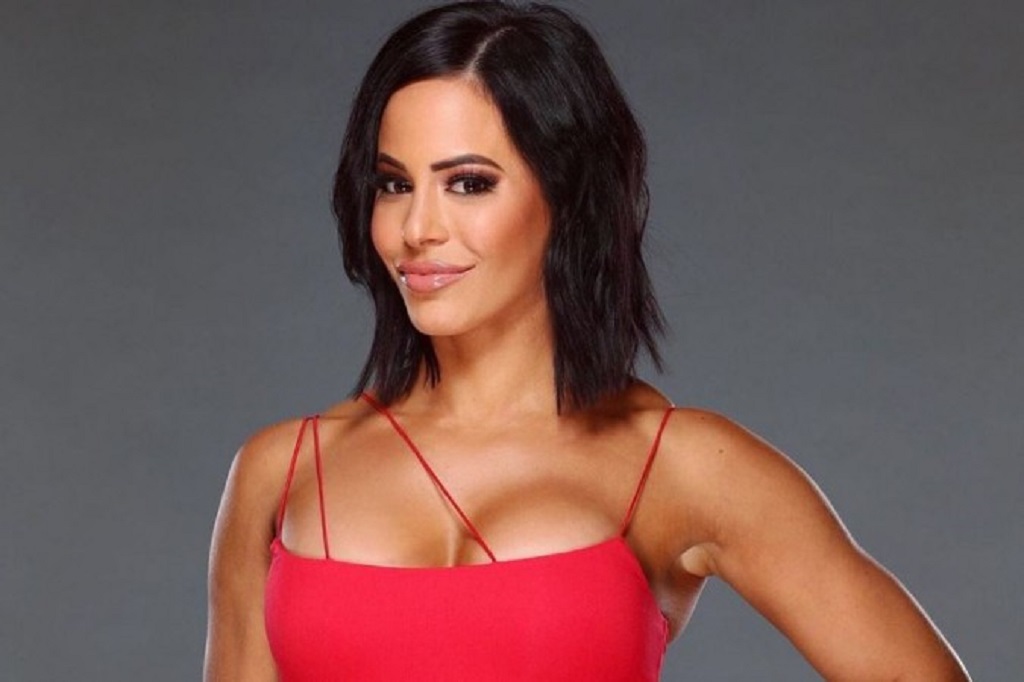 Television and radio host/reporter, Charly Arnolt is specialized in sports and entertainment. She got her start in the broadcasting business more than seven years ago and her job has taken her all over the world. The American TV presenter, sports announcer, and journalist was born on July 14, 1987, in Indianapolis, U.S. Charly Arnolt is 30 years old in 2020.

Charly Arnolt currently is a host and backstage interviewer for the WWE, where she goes by the alias Charly Caruso.

Caruso first made a splash covering all the action in NXT in early 2016. Not long after, she went on to become part of the backstage announce crew for Raw. Caruso’s vast background will certainly be needed on Team Red as she enters some of WWE’s most memorable and heated situations that will require her to think fast on her feet!

But before that she was known as Indianapolis’ Charly Caruso, the announcing veteran who had done everything from news reporting — covering sports such as the NFL and the NBA — to shleping her own equipment into the hills as a one-woman band reporter.

Although she finds herself in another wild and unpredictable terrain called the WWE, she is a total badass while taking interviews. The host responsible for adding spark to the WWE ring doesn’t hold back.

Lately, she has announced she will be leaving WWE and will be joining ESPN.

Prior to joining the WWE, Charly Arnolt was a co-host on the nationally syndicated radio show, “The Bob and Tom Show,” a comedy talk news and sports program, and the host of her web show “BackTalk Ball,” which she founded and developed to combine sports, entertainment and comedy. Charly loves making people laugh and studied improv comedy and has dabbled in stand-up comedy.

Charly Arnolt spent several years as a sports anchor and reporter for the FOX and CBS affiliates in her hometown of Indianapolis. There, Charly worked closely with the Colts, Pacers, IndyCar circuit and various NCAA programs, such as Indiana, Purdue and Butler. Additionally, she has spent time covering the sports and news scenes in Kansas City, Missouri at the FOX affiliate and in Huntington/Charleston, West Virginia at the NBC affiliate.

Charly Arnolt Was A Former Athlete Herself:

(Her dreams of being a pro volleyball player were shattered when she failed to grow more than 5’2’’.) When she’s not strutting her sports knowledge or tracking down the WWE talent for an interview, she spends her time staying active, doing CrossFit, training in Muay Thai and playing flag football and sand volleyball.

Caruso Has A Weird Food Preference:

She also started with her YouTube channel, “Backtalk Ball” where she hosted the basketball talk show.

Caruso is reportedly single and unmarried. Rumors say that she was dating popular WWE superstar, Seth Rollins. But now it’s been confirmed that they aren’t together anymore.

Similarly in 2018, Shawn Booth the Bachelorette alum, was spotted with WWE announcer Charly Arnolt after his split from Kaitlyn Bristowe.Shawn and Charly met at the Strong New York fitness event at Solace gym in NYC

“You just have to take it one ‘are you f-cking kidding me’ at a time,” Kaitlyn wrote in an image, which she captioned, “Woosah.”

Shawn and Kaitlyn announced they had called off their engagement and split in a joint media statement on November 2 after several years together. Shawn had proposed marriage to Kaitlyn on The Bachelorette finale in 2015.

It doesn’t look like Caruso and Booth are still dating.