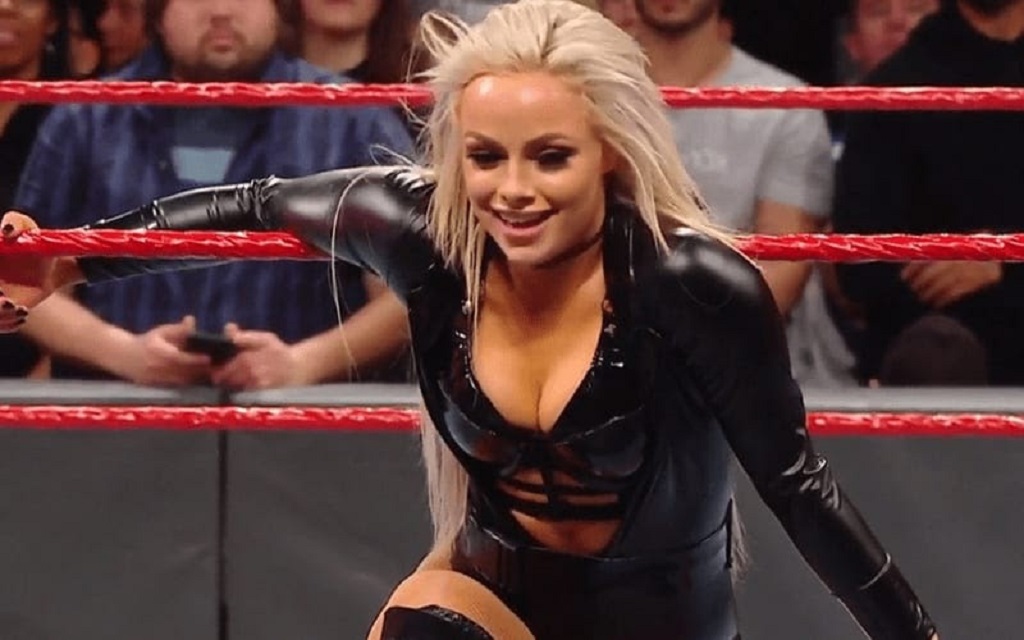 Liv Morgan (birth name Gionna Jene Daddio) is a popular American Professional Wrestler. She currently performs for the World Wrestling Entertainment (WWE) brand of wrestling promotion. Liv Morgan currently performs for the WWE’s SmackDown brand. Liv Morgan signed her first ever contract with the WWE in 2014 and she was assigned to the WWE’s developmental brand, NXT. After a successful stint with NXT, Liv Morgan was promoted to the main roster in 2017. She formed one third of the Riott Squad stable along with Ruby Riott and Sarah Logan. The stable was dissolved in 2019 and Liv Morgan started competing as a singles competitor. Let’s find out more about this professional wrestler.

Liv Morgan: All You Need to Know

When was Liv Morgan born?

How did Liv Morgan get into wrestling?

“I would literally take pedigrees and powerbombs like it was my job. I always pretended to be Lita. All the Divas were so glamorous and girly, and I was such a tomboy and didn’t have nice clothes. When I saw Lita come out in baggy pants and sneakers, wrestling the boys, I thought she was the coolest thing ever. I related to her.”

Before she started professional wrestling, Liv Morgan also worked for the popular restaurant chain Hooters. She was also a competitive cheerleader for sometime.

In 2014, after being discovered at the Joe DeFranco’s gym in Wyckoff, New Jersey, Daddio signed a contract with WWE, assigning her to their developmental territory, NXT in October 2014.

She made her first televised appearance at the NXT TakeOver: Rival event on February 11, 2015, as a planted fan, who jumped on Tyler Breeze during his ring entrance. She later appeared at NXT TakeOver: Unstoppable on May 20, again as part of Breeze’s entrance. In October 2015, she briefly worked under the ring name Marley, debuting on the November 4 episode of NXT, where she worked as a jobber losing to Eva Marie.

On the December 2 episode of NXT, Daddio made her return under the new ring name Liv Morgan, losing to Emma. On the January 13, 2016, episode of NXT, Morgan competed in a battle royal to determine the number one contender to Bayley’s NXT Women’s Championship, which was won by Carmella. On the August 17 episode of NXT, she competed in a six-woman tag team match, along with Carmella, and Nikki Cross, in which they defeated Daria Berenato, Mandy Rose and Alexa Bliss. On the August 31 episode of NXT, Morgan picked up her first televised singles win, defeating Aliyah. On the September 14 episode of NXT, Morgan defeated Rachel Fazio in singles competition via submission, and would issue a challenge to the NXT Women’s Champion Asuka. The following week, however, Morgan was submitted by Asuka in under a minute, and would afterwards begin a rivalry with The Iconic Duo (Billie Kay and Peyton Royce), with both women confronting her following her match, leading to match between Morgan and Kay two weeks later, with Kay picking up the victory after interference by Royce. On the October 26 episode of NXT, she interrupted a match between Kay and Aliyah by attacking Royce, causing a distraction that allowed Aliyah to defeat Kay. Morgan went on to compete against Royce on the November 16 episode of NXT, which ended in a disqualification after Kay interfered in the match, attacking Morgan and Aliyah until Ember Moon made the save. The three faced off in a six-person tag team match against Kay, Royce, and Daria Berenato on the November 23 episode of NXT, with Morgan’s team coming out victorious.

On the November 21, 2017 episode of SmackDown Live, Morgan made her main roster debut alongside Ruby Riott and Sarah Logan, attacking both Becky Lynch and Naomi, establishing themselves as heels in the process. On the same night, they interrupted a match between SmackDown Women’s Champion Charlotte Flair and Natalya, then proceeded to attack both of them. The following week on SmackDown Live, the trio, now called “The Riott Squad”, made their in-ring debuts for the brand, defeating Flair, Naomi, and Natalya in a six-woman tag team match. On January 28, 2018, Morgan participated in the first women’s Royal Rumble match at the Royal Rumble pay-per-view as the eleventh entrant, but was eliminated by Michelle McCool. Morgan made her WrestleMania debut at WrestleMania 34, participated in the 20-woman WrestleMania Women’s Battle Royal, but failed to win the match.

On April 16, The Riott Squad were drafted to Raw brand as part of the 2018 Superstar Shake-Up, and caused the match between Bayley and Sasha Banks to end in a no contest. On the September 24 episode of Raw, Morgan was legitimately knocked unconscious by Brie Bella, when Bella was doing Yes Kicks when two of them connected to her head, Morgan would continue for a bit before being taken out of the match. In the inaugural all women’s pay-per-view Evolution, The Riott Squad lost to Natalya, Bayley and Sasha Banks. On January 27, 2019 at Royal Rumble, Morgan participated in the women’s Royal Rumble match, only to be the first to be eliminated after lasting 8 seconds, setting the record for the shortest time in the women’s Royal Rumble match. Morgan and Logan competed in a six-team Elimination Chamber match for the inaugural WWE Women’s Tag Team Championship at the namesake pay-per-view, where they were the third team eliminated by Nia Jax and Tamina Snuka. Morgan competed at WrestleMania 35 in a Women’s battle royal match that was eventually won by Carmella.

On April 16, Morgan was moved to the SmackDown brand as part of the Superstar Shake-up, effectively dissolving The Riott Squad in the process. On the July 16 episode of SmackDown Live, Morgan turned face when she confronted Charlotte Flair and faced her in a match, in which Morgan lost by submission. This was her first match outside of house shows since WrestleMania 35 in April.

On the October 14 episode of Raw, Morgan was the final overall pick of the year’s draft, being drafted back to the Raw brand. Throughout the month of December, vignettes aired promoting Morgan’s return. Morgan returned to television on the December 30 episode of Raw, during Bobby Lashley and Lana’s storyline wedding, interrupting the proceedings and professing her love for Lana. After Lana subsequently attacked her, she aligned herself with Rusev, who has been feuding with Lana and Lashley, thus cementing her face turn. Morgan defeated Lana on the January 27, 2020 episode of Raw, doing so once again the following week. After her feud with Lana ended, Morgan entered a feud with her former Riott Squad teammate Ruby Riott who turned on her upon returning. On the March 2 episode of Raw, Morgan defeated Riott with Sarah Logan as the special guest referee. At Elimination Chamber on March 8, Morgan entered her second Elimination chamber match, during which she was eliminated by eventual winner Shayna Baszler. At the WrestleMania 36 pre-show, Morgan defeated Natalya in singles competition. After WrestleMania, Morgan continued her feud with Riott defeating her on the April 20 and April 27 episodes of Raw respectively.

What is Liv Morgan’s real name?