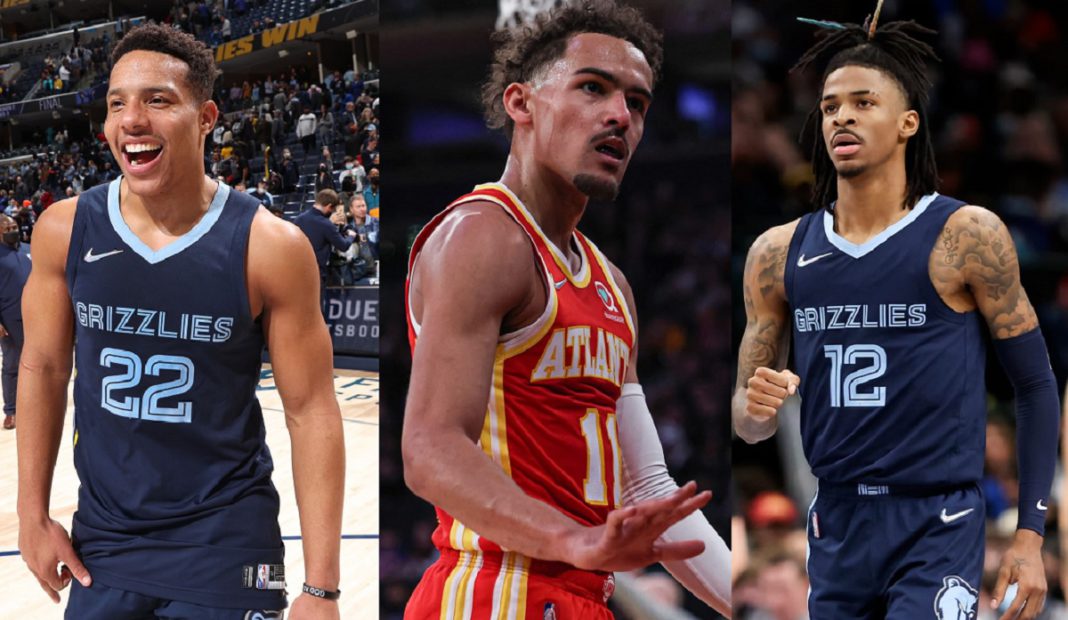 The NBA race to the championship is heating up with surprise players leading their teams for the playoff seeds. This season, the competitive league is churning out some of the best league shooters. Below we rank the NBA’s five best and worst shooters this season according to Vwin’s sports report.

This season, the undersized scoring machine for the Atlanta Hawks has been a menace for defenses. Young has been lacing ’em up from the mid-court line to the paint. Young’s ideal spot is 16 feet out, with a 57.6 % accuracy. He even betters Steph Curry from 19 feet out at 44.7% compared to 35.3 for the Golden States’ point guard. That’s how good Young is.

He averages 38.4% three-point field goals and has a 57.1 field goal percentage, earning spot number five on our list.

Desmond Bane is only second to Curry for threes made. Bane is another Grizzlies prodigy who is in his second season in the league but already threatening to eliminate Curry. Bane’s mid-court range and shots from downtown give him the third spot.

Bane’s range of fewer than 5 feet accounts for fewer of his points, but he has 60.8% of field goals from that range. He makes up for his average five-foot range measure at the 25 feet range, having an FG of 45.3% this season.

Seth Curry seems to be the perfect replacement for his brother in the all-time three-point percentage leaderboard. Curry’s raw accuracy explains his 41.9 3-point percentage and 53.8% range from outside 16 feet this season.

Curry is breaking away from his Golden State brother Steph by increasing his range. Seth Curry shoots 21.4% of his shots from 16 feet out. He only shoots 13% in the 10-16 foot range.

While it is hard for us not to include Steph in this list, we had to since he’s set a high standard for himself and is performing subpar this season.

Surprise, surprise. It is not LeBron, Nikola, or Steph but Luke Kennard who is the best in class for shooting. The LA Clippers baller has a stunning 61.5 field goal percentage and a blistering (drumroll please) 45.2 three-point percentage establishing himself as the perfect substitute for the Clipper’s injured talisman Kahwi Leonard.

Pick number 5 was a no-brainer. AD has barely played half of Lakers games but has the worst shooting efficiency for the LeBron-led team. He ranks 287 out of 292 with 100 attempts that miss. We are doing AD a favor. He could easily be the league’s flop if he had a higher volume this season.

Reggie has made tremendous progress to up his game in the outside shooting department. But this season, he’s seemed a little like himself. Averaging 33.5 three-point percentage, just below the league’s average for threes, he’s still attempting a little too many shots from downtown. Despite his career-high 3 point attempt of 6.9 per game, he isn’t getting the ball rolling in the net.

Westbrook hoists shots from almost any part of the court, unlike his teammate AD. But Russell’s inefficient range shooting from mid and paint range has been why the LA Lakers won’t win the championship this season.

Julius Randle has a 41.4 field goal percentage that ranks better than Anthony Davis. But his volume is exceptionally high, making him the worst shooter in the league. He has attempted 699 shots from ten feet out. Much of Randle’s shots are jump shots that he awfully skews.