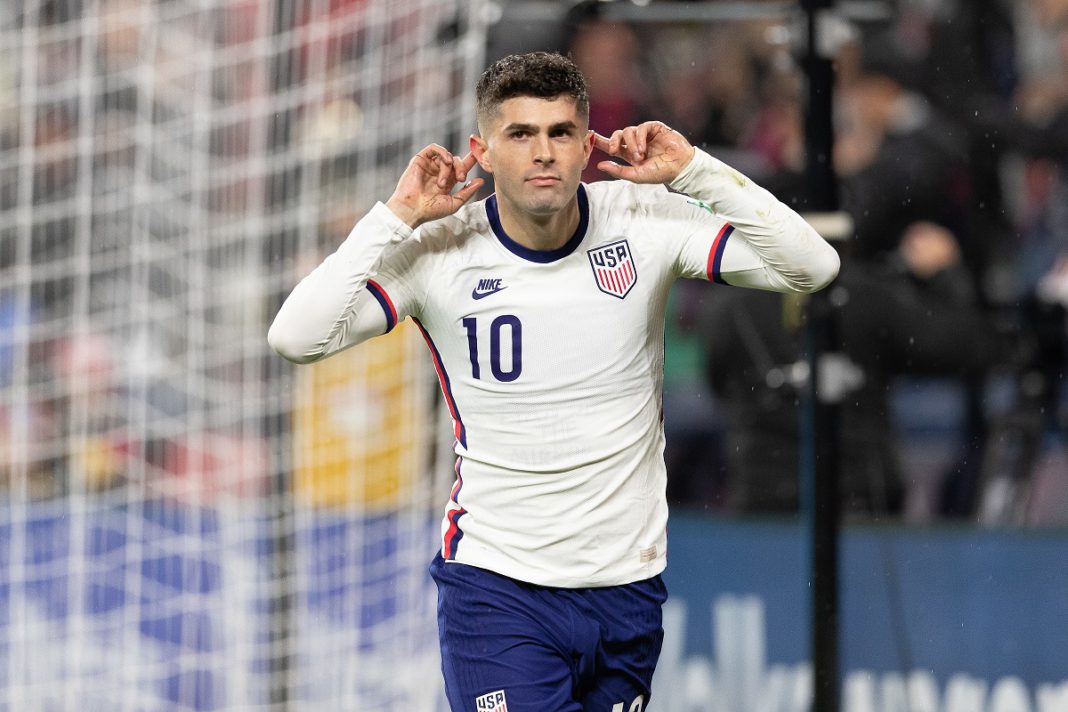 It’s long been talked about how the United States are seeing rapid growth in soccer in terms of viewing numbers and player participation.

There has also been a lot of speculation about how good the US national team could eventually become with a vast pool of players to choose from combined with the aforementioned increasing interest.

With the Qatar 2022 World Cup now on the horizon for them, the question has to be asked – what chance does the US have at the World Cup? Do the World Cup 2022 betting odds favor them to go far?

Before we talk about what chance the US have at the World Cup, it’s probably worth revisiting their qualification campaign. Obviously, that went okay as they’re heading to Qatar but exactly how did it play out?

Well, it certainly wasn’t plain sailing; let’s put it that way. There are multiple layers to the qualification process in North America with the third round being the main qualification table; this is the stage where the US entered. Within the format, the top three sides advanced to the World Cup. The US finished third despite collecting the same number of points as fourth placed Costa Rica, who booked their flight to Qatar with a playoff win over New Zealand just last week.

During the qualification campaign, the US only lost three matches with their ability to score goals perhaps their biggest quality. Canada top scored in qualification with 23 goals but the US weren’t far behind with 21 goals netted. That, along with a defence that shipped just 10 goals, saw them end the 14 game period with the second best goal difference; again behind Canada.

Right now, the form of the US national team is somewhat mixed – just like their qualification. Their last five matches have offered up two wins, two draws and one defeat. On the surface, that makes it very difficult to read too heavily into things. That said, they’re not giving much away and across their past four they’ve conceded just the one goal. If they can keep anything like that solidity when Qatar 2022 gets underway then anything could happen.

If you look at Group B, there is a lot to be optimistic about from a US perspective. England are the clear favourites to win the group but, even with that said, it’s hard to ignore the form they’ve shown of late – especially having just lost 4-0 to Hungary. Beyond England, the other teams are Wales and Iran. Neither are bad sides but they’re nothing to fear either. Player for player, the US are probably better than both with the only wildcard they’ll need to handle being Gareth Bale. There is every chance the US make the knockout round. In fact, if they don’t it will likely be regarded as a failure.

What would wait in store in the knockout stage?

Following potential routes in the World Cup – or any competition for that matter – can become a bit of a nonsense. Why is that? Well, mainly because you’re mapping unknowns against unknowns; in theory, you want to win your group for an easier draw but depending on how the other groups unfold, that can leave you facing a tougher route. That said, for the US any progression into the knockout stage would be seen as a reasonable achievement. In the second round, they’ll face a team pooled in group A.

If they win the group, they’ll face the runners up. What’s more likely is a second place finish where they’ll face the other group winner. With Qatar, Ecuador, Netherlands and Senegal the teams in group A, it looks like a knockout tie with one of the Netherlands or Senegal awaits. Either of those clashes would be a tough game.

Who are the key players

There is one player that is seen as the crown jewel in American soccer; that’s Chelsea man Christian Pulisic. He has quality in abundance with only fitness issues stopping him from really kicking on. Assuming he’s fit come Qatar 2022, he’ll be huge for the US. That doesn’t mean the US are dependent on him though; there is plenty of quality in their roster with Tyler Adams and Gio Reyna just a couple of other names that will play big roles.

One area that is a concern for the US though is in goal. Who will get the nod in goal? With an independent view, you’d say Zack Steffen is the best keeper in the squad. The trouble is, he doesn’t play at Man City and his ‘ring rust’ was there for all to see when he dropped a clanger in the FA Cup final. Matt Turner is the other option. He’s been plagued by injuries this year so hasn’t played much and will be an Arsenal player next season meaning gametime will again be limited. Will that see someone like Sean Johnson get the nod in goal?

In a nutshell, this US team have got enough about them to get out of the group. Beyond that, they’ll need a huge slice of luck to go any deeper. A second round exit beckons.