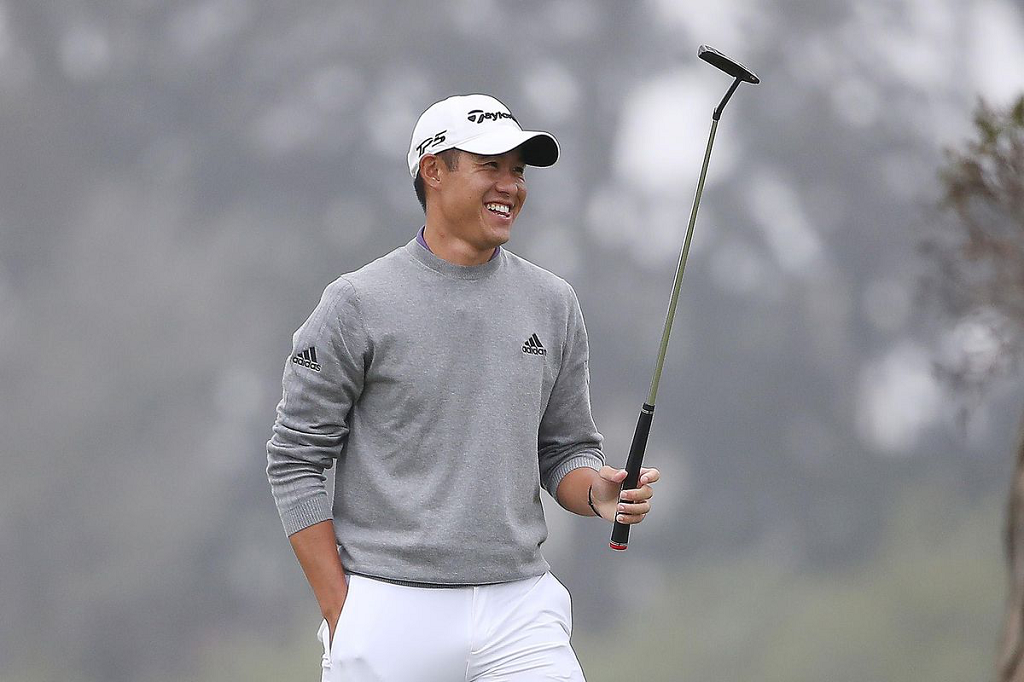 The future world of golf is in very good hands, and the PGA Championship has served to prove it. Collin Morikawa, born February 6, 1997 in Los Angeles, is an American professional golfer playing on the PGA Tour and the European PGA Tour. In 2020, he won his first Grand Slam tournament by winning the PGA Championship in San Francisco. In 2020, Collin played with Tiger Woods at the Farmers Insurance Open. It was the first time El Tigre played a PGA Tour event with a golfer born after he turned pro. Here are 7 facts about the golfing pro.

Collin Morikawa: Who Is This ‘NextGen’ Prodigy Dominating Golf?

1. He fell in love with golf since he could walk:

He was born on February 6, 1997 in Los Angeles, where he spent his childhood, although his paternal grandparents are from Maui, an island in the Hawaiian archipelago, and his ancestry is Japanese. “I started playing golf practically when I learned to walk. I fell in love with the game. My first classes were at a camp when I was five years old,” he says of his beginnings in golf.

“His father asked me to coach him. I saw him hit the ball and I said of course. I came home and told my wife that this boy was special,” says Sessinghaus, who has been his coach ever since. In his time in high school, Morikawa had to decide between golf – which he finally stayed with – and baseball, in which he also excelled. In his last year of high school, he won a tournament of 300 participants with 14 strokes difference over second.

3. Amateur career at the University of Berkeley:

In 2015 the golfer attended the University of Berkeley, in California, where he continued to compete and graduated four years later in Business Administration.

During his four years in the NCAA from 2015 to 2019 with the Golden Bears at the University of California at Berkeley, Collin Morikawa won five victories including the 2019 Pac-12 Conference Championship.

Morikawa had five victories and 35 top ten in 48 events contested.

“His performance puts him at the level of the best athletes in the history of this institution. He improves every day and has one of the best shots in the country. In addition, he is a model student and a great leader,” said one of his coaches in those years.

Other successes as an amateur:

4. Collin Morikawa turned professional in 2019, the year in which players like Wolff and Hovland also arrived:

He was picked for the Walker Cup, the Ryder for amateurs, in which he swept at a score of 4-0 in their matches. In 2019, it was number one in the world ranking of amateur golf for three weeks.

In the middle of that same year, Morikawa turned professional after many successes as an amateur in 2019 at the RBC Canadian Open, finishing in 14th place.

A 2nd place on the 3M Open and a 4th on the John Deere Classic allowed him to obtain a green fee for the 2020 season of the PGA Tour. He then signed his first professional victory at the Barracuda Championship.

5. A year later, he had his first major:

If 2019 was a great start, 2020 is the confirmation that there will be a lot of talk about Morikawa in the next decade.

Collin Morikawa, only 23 years old last year, won the first major of his short career in San Francisco. He turned professional in 2019, the year in which Viktor Hovland (22 years old) and Matthew Wolff (21 years old), fourth in the PGA, did the same. A year earlier it was Scottie Scheffler (24), who led the tournament on Sunday, and two years ago it was Cameron Champ (25), also in the top 10.

Critics would argue that the jewel of this ‘NextGen’ of golf is Collin Morikawa.

In his first tournament on the PGA Tour, he was in the top 15. He was second in his fourth event, and in the sixth, the Barracuda Championship, came his first victory. Later the young golfer played the US Open 2019, his first major, in which he made the cut and finished 35th.

The 23 year old golfer made the cut consecutively in his first 22 tournaments as a professional – only Tiger (25) improves that figure.

After losing the Charles Schwab Challenge in the tiebreaker with an error on a practically given putt, and failing to make the cut at the Travelers Championship (the only tournament he has not played in the weekend in his entire career), Morikawa was able to gather himself together. Before he knew it, he won the Workday Charity Open, also in the tiebreaker, against a player of the caliber of Justin Thomas.

Less than a month later, Morikawa won the PGA Championship, the second major in which he participated and his 27th tournament on the PGA Tour as a professional with the best weekend in the history of the centenary tournament (129 strokes).

6. Collin’s victory at the PGA is a clear sign that Morikawa will do great things in golf:

“My goal is to win many majors and be number one in the world,” he said.

At 23, he was already fifth in the world rankings and was the third youngest player to win the PGA Championship since 1946 – behind only McIlroy and Nicklaus, and ahead of Tiger.

In February 2021, he confirmed his place at the highest level by winning the WGC-Workday Championship at Bradenton.

The American Collin Morikawa, the winner of the USPGA 2020, has provisionally taken control of the Memorial Tournament, the first round of which was interrupted in June 2021 by rain and thunderstorms in Dublin (Ohio).

In conclusion, many say that Morikawa is the first golfer to achieve great success among a whole group of players (some even elders and more experienced) who aim for the highest and, little by little, they are carving out a place among the best in the world. Go Collin!