Where Will The 2026 World Cup Be Held? Dates, Venue, And Teams Explained 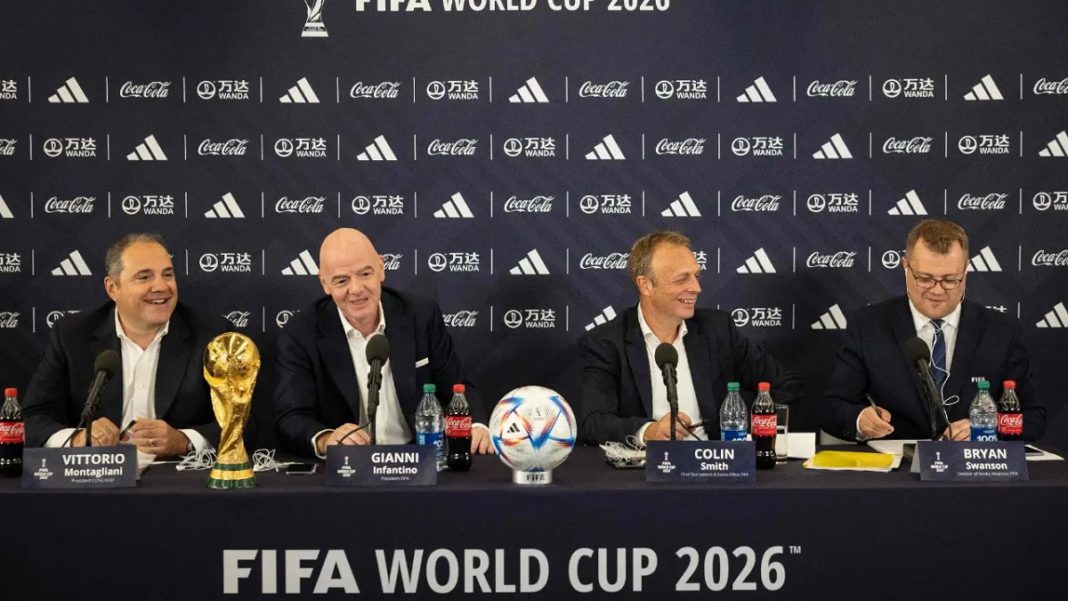 If you’re wondering where the 2026 World Cup will be played? Or if the same teams will return for the next World Cup, here are the details.

The Qatar 2022 World Cup generates more and more anxiety, especially less than six months after its start, but football never stops and people are already thinking about the great competition that will follow the fair to be held in Arab lands: the 2026 World Cup.

When will the 2026 World Cup take place?

Barely the page of Qatar closed, the football planet is heading for the next World Cup, scheduled for 2026. Back to the classic: the tournament will take place in summer, straddling the months of June and July. But there will be a few new things.

Where will the 2026 World Cup take place?

The following places will host football players and supporters in 2026:

But the expectation of the Mexicans was set in the cities of Aztec territory that would be chosen to host the matches of the FIFA tournament. Finally, it was determined that Mexico City (Azteca Stadium), Monterrey (BBVA Stadium) and Guadalajara (Akron Stadium) would have the sports fairs in their venues.

The main difference with Qatar?

The distances. The Gulf country allowed easy movement between all stadiums. In 2026, the plane will have to be used and abused throughout the tournament, with different time zones depending on the location.

Of all these cities, all of which have stadiums already in operation that may just need some renovation, only Mexico City, Guadalajara, East Rutherford, San Francisco, Boston and Dallas have hosted men’s World Cup matches in the past.

Those that did not pass the selection process and will not receive the World Cup are Denver, Orlando, Cincinnati, Nashville, Edmonton and Baltimore.

Which teams will participate in the 2026 World Cup?

We don’t even know the qualified countries, so the qualifying groups will have to wait! Of course, Canada, Mexico and the United States automatically qualify.

And the fact that increases the chances of seeing the big nations qualify will be the fact that the World Cup is extended to 48 teams (against 32 so far).

Thus, Brazil and Germany, which have never failed in the qualifiers, are expected. Argentina is the defending champion too. If the Italian national football team misses a third World Cup in a row despite this reform, it is because they will have serious questions to ask.

How many places will Africa have for their World Cup?

All continents will be winners with this 48-team World Cup. Africa will go from 5 to 9 places. Europe should increase from 13 to 16 places, Asia from 4 to 8 places, North/Central America from 3 to 6 places and South America from 4 to 6 places. Finally, Oceania will now have at least one qualified country. There will be two for the 2026 edition, as in previous editions. But they should not concern Europe and Africa. For the African continent, this reform is therefore good news which saw one of its nations, Morocco, reach the semi-finals of a World Cup for the first time in 2022.

As of now, FIFA seemed to lean towards a revolution, constrained by the presence of 48 teams. So far, there have been 8 groups of 4 teams, with the top two qualifying. For 2026, with the first two qualified we would start with 16 groups of 3 teams.

But, Arsène Wenger, director of development at Fifa, confirmed the rumor that the format had not yet been decided at the beginning of December. ” I think it will be done next year,” said the former French coach. It will be 16 groups of three, 12 groups of four or two sides of 6 groups of four, as if you are organizing two tournaments of 24 teams. In short, it is better to wait and see what FIFA will do.

After various speculations about the possible opening venue, Victor Montagliani, president of the Confederation of North, Central America and Caribbean Football (Concacaf), confirmed that there will be an opening ceremony and match per country for the first time in the history of the World Cup.

“We are going to make this decision next year, but what is certain is that we will have three opening games, one in the United States, one in Canada and one in Mexico,” said the manager during a press conference in Qatar 2022.

There are still no confirmations, however, in relation to the stadiums in which the opening matches will be held, according to reports. But the latest news is that for the opening of the matches in Mexican territory, the Azteca Stadium is the strongest candidate.

The ‘Colossus of Santa Úrsula’ will be remodeled to receive the 2026 World Cup ; It is estimated that this project will receive an investment of approximately 150 million dollars in order to meet the requirements established by FIFA for a stadium to host the World Cup.

“The big investment is that of the Azteca Stadium; There is talk of an investment of approximately 150 million dollars, with which many parts of the Stadium will be renovated,” said Yon de Luisa, president of the Mexican Football Federation (FMF).

He also explained that the remodeling of the Azteca Stadium which is the dressing rooms, will be centralized, the East tribune will be redone, which today is seen with 13 VIP boxes, and will return to the open tribune with which the stadium will recover 5 thousand seats, going from 80 to 85 thousand seats its capacity.

The 2022 records are expected to be broken:

It will be the first time in history that a World Cup is held between three countries (the only one with more than one organizing country was the one in 2002, between South Korea and Japan) and also the first World Cup in which there will be 48 participating teams, a huge change from the usual 32 teams of the 21st century.

The number of games will increase from 64 to 80, which requires the use of a greater number of stadiums and cities to receive more teams and fans.